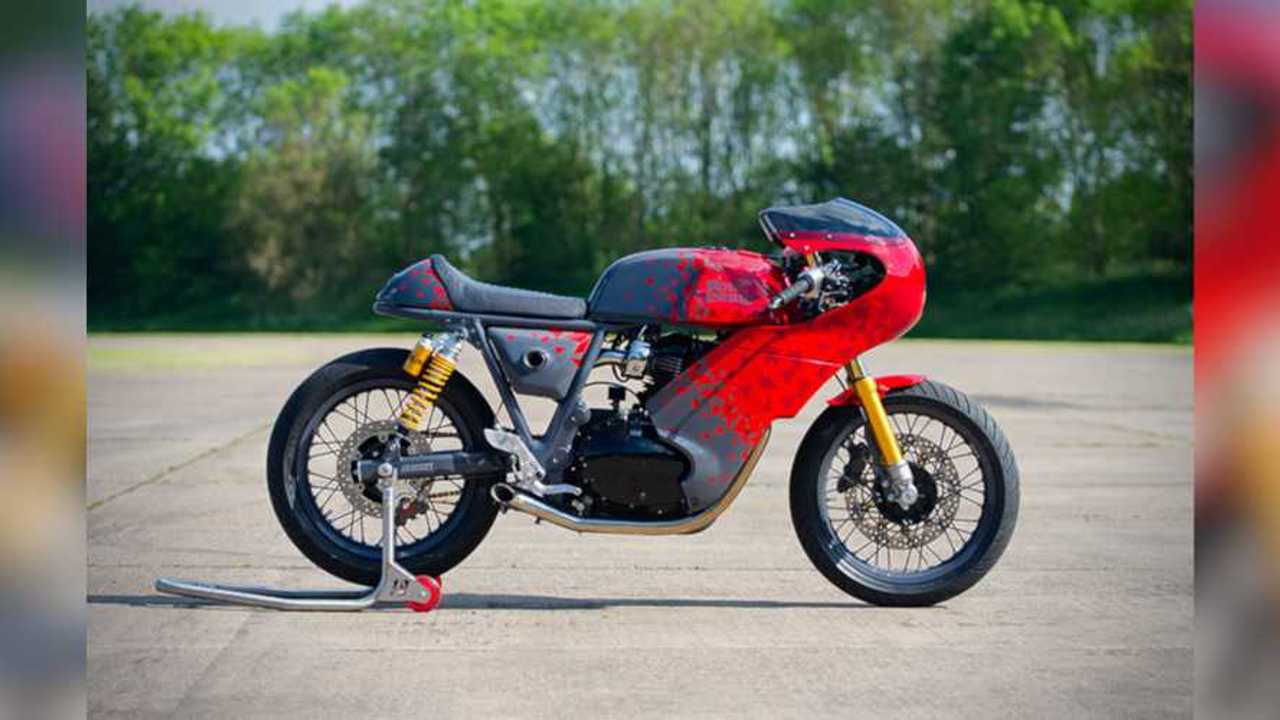 Since their debut, Royal Enfield's 650 twins have been wildly successful—partly because they’re great blank canvases. Yes, you can customize any bike, of course—but the thing is, with certain bikes, you may not always want to change stuff around. Meanwhile, a bike like the Continental GT 650 practically begs for you to add your own special touches. That’s why Royal Enfield has been teaming up with excellent partners like Harris Performance to create builds like this one, that was unveiled at London’s 2019 Bike Shed show.

Take A Look At The Malle Rally Royale Interceptor 650s

The Nought Tea GT 650 doesn’t just look a whole lot racier than a stock Continental GT — it’s built to perform, with a serious suspension upgrade informed by all of Harris Performance’s track-bred experience. It’s also convenient that RE also owns Harris Performance, of course. Still, who doesn’t want their own in-house performance shop that already has 40 years of practical experience under its belt?

This particular version of the bike is, according to what Royal Enfield industrial design manager Adrian Sellers told Return of the Cafe Racers, not the finished version of the Nought Tea concept. According to Sellers, there are plans for a more serious, track-focused version of this bike that will go vintage racing and not just be carted around to shows. This version has flow and looks beautiful and half-ready to race, but the final version will be more practical.

The first thing you notice on this bike is that custom fairing, which has all the beautiful retro racing looks you could ever want. It’s not available off the shelf, and was built specifically for this bike. In addition to that Ohlins suspension all around, Sellers said the Nought Tea has Brembo brakes front and rear—but it’s not clear what spec brakes are used. It’s worth noting that the stock Continental GT 650 uses ByBre brake calipers, which are also made by Brembo.

The bike has also lost some weight, and Harris installed a 750cc S&S big bore kit. They also took the airbox out completely and replaced it with two intake pipes to better match the custom exhaust they created just for this bike. Check out the Return of the Cafe Racers interview for more details on the build itself, as well as additional photos.