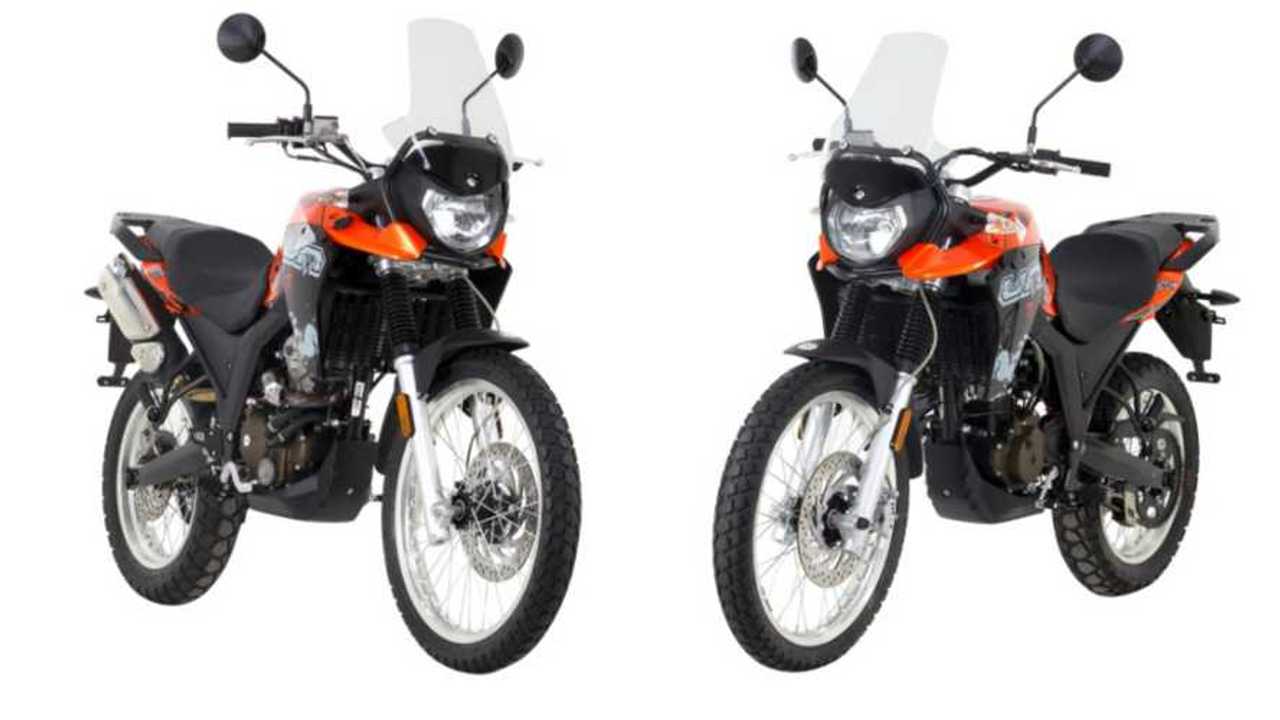 UM Motorcycles is a little bit cagey when it comes to "about us."

The sort-of-British motorcycle company UM has a whole line of bikes available, one of which is an interesting and very inexpensive “adventure” bike.

I say “sort of” because while UM has an office just outside Exeter in England, they seem to be one of many Chinese motorcycle resellers. This brand is under an umbrella parent company “Lexmoto” and these all seem to be resellers. The appealing part, though, is that UM claims to have a UK-based parts support system. The problem with so many Chinese-made motorcycles is the total lack of parts support: once they break, they’re sorta done.

Perhaps with a local network this can be fixed. UM Motorcycles’ UK website does have an appealing array of machines. They seem to offer “one of each,” and of course, the styles that are popular right now are scramblers (check) and adventure bikes (also check).

The UM DSR Adventure TT, while marked as “discontinued” on the UK website, is in the news in places like India as is a redesigned, updated model. The 124cc liquid-cooled electric-start fuel injected single-cylinder motor and six-speed gearbox in the little bike put out 15hp at around 10,000 RPM, so it is a screamer, and probably pretty good for a new rider who would have a lot of trouble getting too deep into the throttle on something like that.

When it comes to bikes this small we tend to wonder about the “Adventure” moniker and think that maybe if you threw some dedicated knobbies on the bike it could be a respectable dual sport. It has a 21” front and 17” rear wheel which are decent capable off-road sizes. The tank holds over three gallons, and when you combine that with a 124cc engine it’s going to have a pretty great range.

The front forks are traditional telescopic, the rear shock has adjustable preload. The whole business weighs a hair under 258 lbs. They retail in the UK for around the equivalent of $4,400 US.

The little-bike trend pairs with the tendency for lower emissions right along with the electric motorcycle craze. Will we see these Chinese bikes in the US? They may already be here under a different brand!