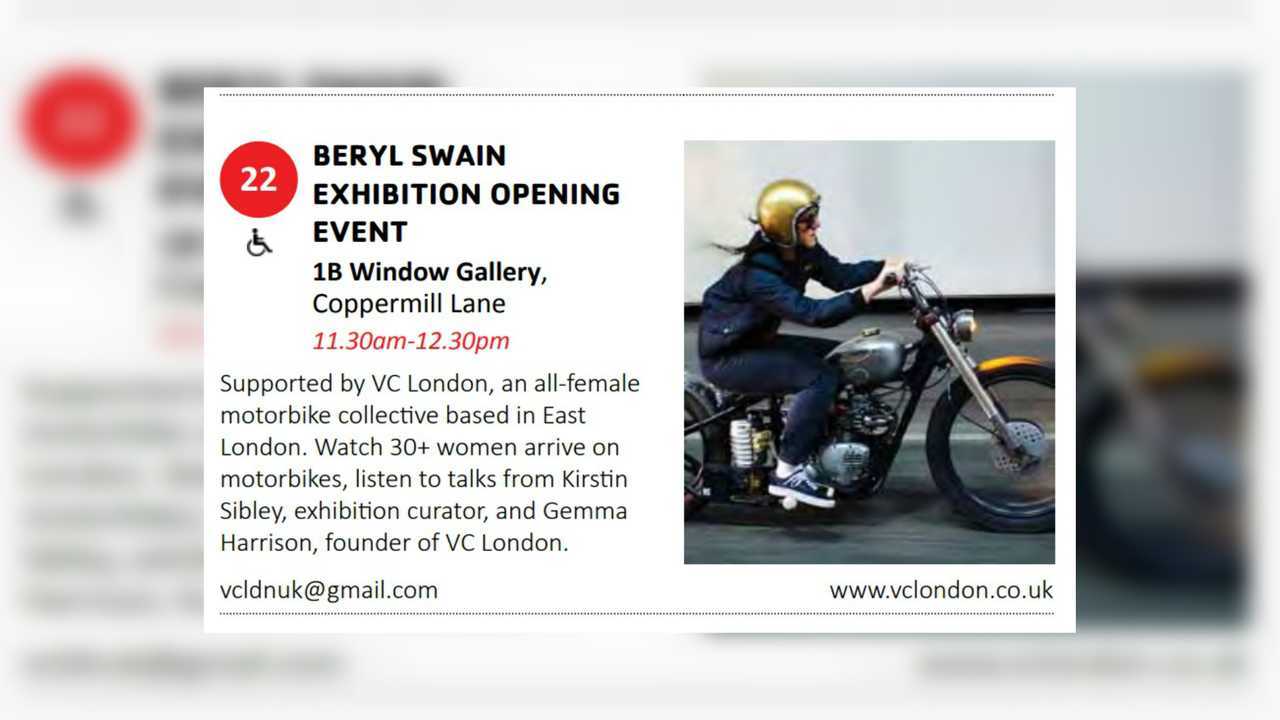 She did pretty well, and then the male race officials banned women from competing.

If I were to ask you who the first woman to race in the Isle of Man TT was, you could be forgiven for guessing it could be Maria Costello. While she did hold the world record for being the fastest woman to lap the Mountain Course, it wasn’t Maria. That “first” happened before Costello was born; the rider was Beryl Swain. An all-female riding club is celebrating her life with an exhibition at an art gallery in Swain’s home town.

Born Beryl Tolman in January of 1936 in Walthamstow, England, she married the owner of a motorcycle repair shop, Eddie Swain, in 1959, and her passion for motorcycling grew from there. She competed in races  at circuits in the suburbs surrounding London, and competed solo in the Isle of Man TT race for the first time in 1962. Even though her bike had mechanical problems which temporarily sidelined her, she finished in 22nd place out of 25 competitors who finished the 50cc race that year (and eight who DNF’d). This was enough of a threat, apparently, that Beryl Swain’s international racing license was revoked and she never raced again. The resulting ban on female motorcycle race competitors was in place until 1978, the very year Maria Costello was born.

The bike Swain competed on was a single-cylinder, 50cc three-speed Itom. The Italian marque was a very popular race bike: Mike Hailwood won his first motorcycle racing trophy aboard an Itom.

The exhibition will be held at 1B Window Gallery on Coppermill Lane in Walthamstow, England. The “Need For Speed” exhibition will feature memorabilia from Swain’s racing career including one of her helmets and her revoked race license, and the opening for the exhibit on June 1 from 11:30AM to 12:30PM will feature the VC London all-female riding club and talks by Kristin Sibley, the exhibition curator, as well as Gemma Harrison, the founder of the VC London riding club.