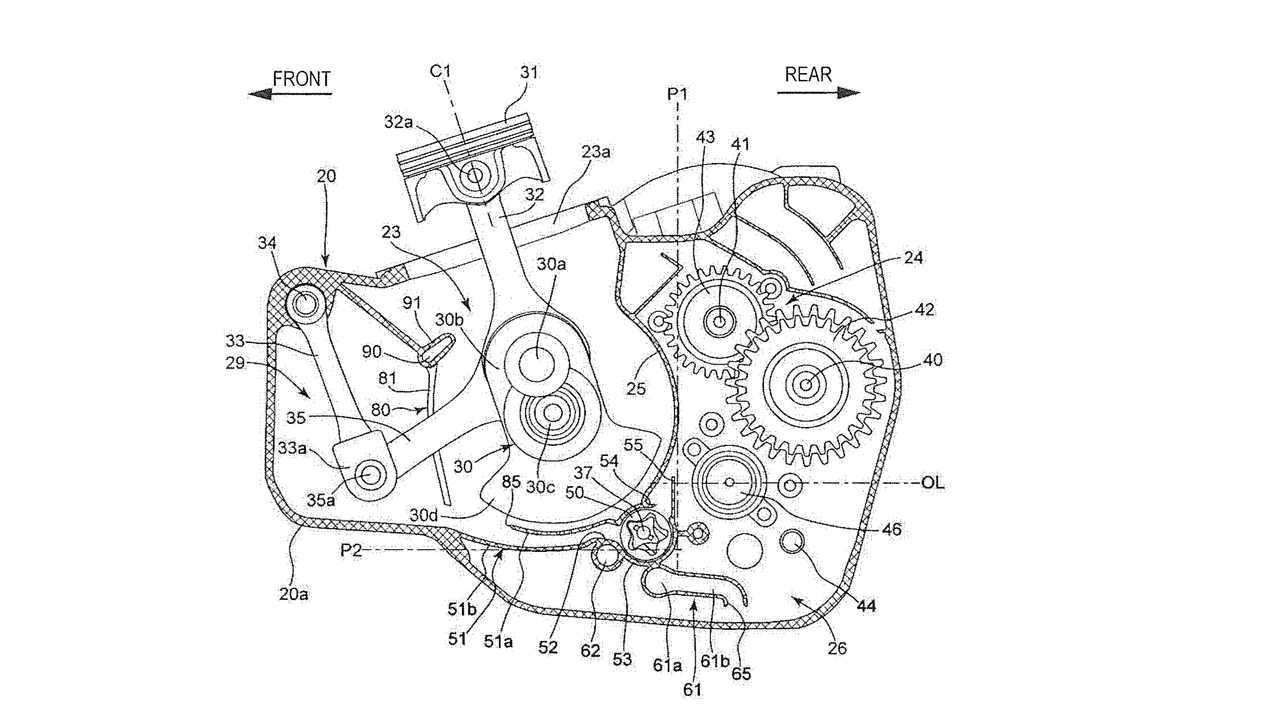 Single-cylinder engines offer fun, punchy power, but have always been limited in some capacity by the immense vibrations they produce. In an effort to skirt this issue, engineers at manufacturers have looked for ways to minimize the judder via some sort of counter-balancing act. A recent example of this being Husqvarna’s Svart/Vitpilen range which utilizes a counter-balance shaft to keep vibrations at bay. According to a new filing with the US Patent office, Suzuki is looking to get in on the well-balanced action.

While the images appear to show your average single overhead cam thumper, the internal diagrams reveal that the con-rod is paired with a second, shorter dummy con-rod sans piston. This layout allows the engine to spin faster while still remaining balanced, ultimately resulting in more power. In a never-ending struggle to get a leg up on the competition and outdo its own previous year’s model—all while adhering to increasingly strict emissions regulations—this potential move from Suzuki makes sense. Though just because a patent is filed doesn't necessarily mean an idea will see the light of production. There are however a few reasons to think Suzuki may be taking this whole balanced single thing seriously.

This latest patent from the Zook comes on the heels of another filing from 2017 for a similarly balanced thumper, though that time it was of the double overhead-cam variety. The 2017 patent showed the engine mounted inside an MX bike, which seems like the most likely candidate to receive this technology, considering none of the other single-powered models in the existing Suzuki lineup—like the VanVan, TU250X, or S40—really necessitate the kind of high-revving performance the newly-patented configuration affords.

Because Suzuki's current DR range includes both SOHC and DOHC singles, it's not crazy to think the Hamamatsu firm could be developing both types of lump for the DRs. And with the recent news of a new DR Big, the balanced engine idea makes even more sense, considering a single of that displacement would generate quite a bit of vibration.