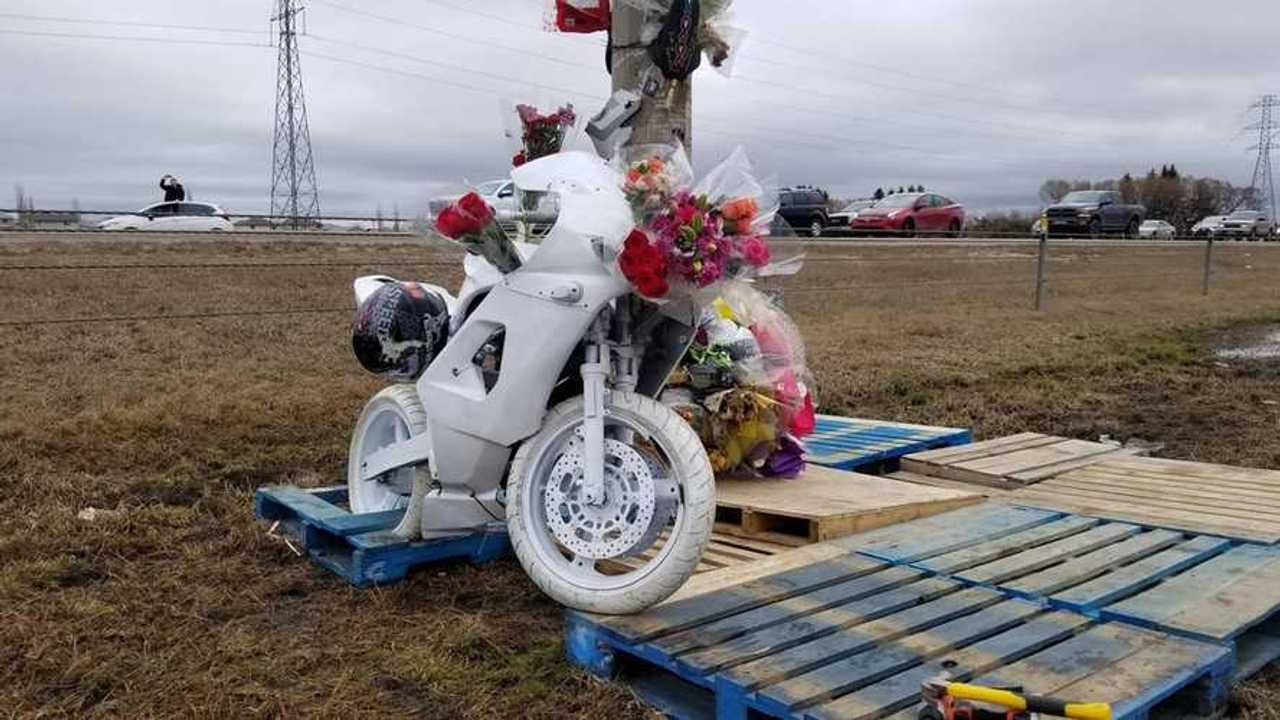 A sober memorial to remember a fallen brother.

Update: Thanks Larry Bejcar for sharing the details of this story.-SG

In the motorcycling world, the idea of a ghost bike is now commonplace. A white bicycle is placed, as a memorial, in a location that a crash has occurred. This is meant in part to honor the fallen rider, but is also intended to warn other motorists and cyclists to be more vigilant and aware of other road users, to help prevent any further crashes occurring. These ghost bikes are common in the US and Europe and help remember our fallen two-wheel brothers. A new one popped up, the grim reminder of the risks associated with our passion.

Stay Safe Out There:

How safe is safety gear?

The Reddit user u/hubrecht1 posted the picture of the ghost bike with the caption: "Fellow riders bike that he was riding when a woman purposely cut out in front of him and slam on her breaks in 100 km traffic earlier this year. Now set up at his accident scene as a memorial. A reminder to be careful on the roads. And to all our fallen brothers and sisters, may you ride in paradise".

The victim is Marcel Murray. According to local media CBC, Murray was riding with two compadres, indulging in some lane splitting in Edmonton, Alberta—an illegal practice in Canada—and zipping in-between vehicles. An SUV traveling in the same direction as the three hooligans ended up performing an emergency breaking maneuver because of a sudden stop in the traffic flow. To avoid hitting the vehicle in front, the driver ended up pointing the nose of her vehicle in the second lane, which meant suddenly cutting in front of the riders.

Murray hit the SUV and died in the hospital of his injuries. His two fellow riders have been charged with careless driving as the police believe they incited the dangerous behavior while the driver was charged for failing to remain in her lane.

The ghost bike serves as a memorial not only to remember the rider, but also to highlight the risks associated with riding. The bike was stripped of the engine, indicators, and brake calipers, before being painted white. It has a helmet, possibly belonging to the fallen rider, attached to it. It's always sad to hear of a fatal motorcycle crash.As always, this is a real reminder to stay safe out there.