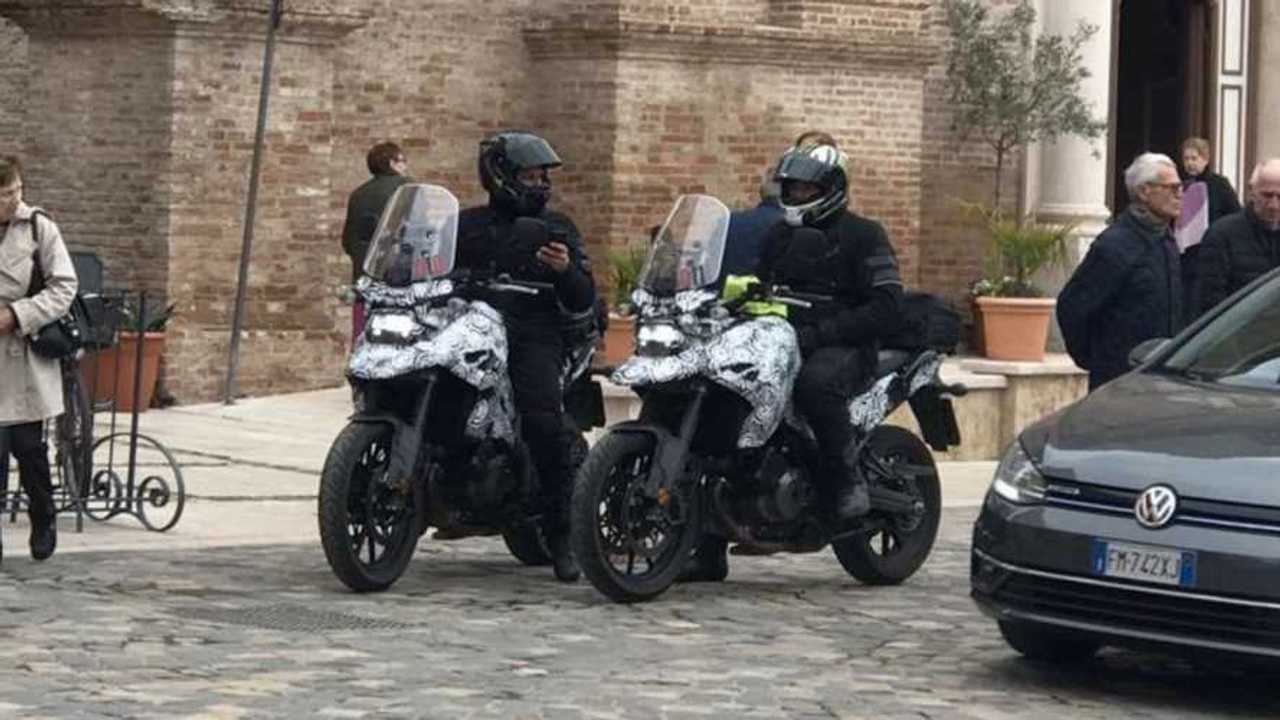 The rumor that Suzuki is working on a revival of its famous DR 800 trail bike has been making the rounds since the beginning of the year. Absent from the market for 20 years now, Suzuki’s massive thumper could get resurrected. A recently shared spy shot of two Suzuki trails taking a stroll are suggesting that a variant of the DR is a lot closer than we expected—but is it really that DR-worthy?

Story Of The Doctor:

A picture was recently shared on Road Trip Magazine’s Facebook page, showing two adventure bikes in camo taking a casual ride (in Italy, if the Volks’ license plate is any indication). A majority of commenters suggested this could be the rumored DR 800’s descendant—or a V-Strom version of it. The V-twin engine, beak, front fender, chain transmission, and swingarm design are consistent with a Suzuki-style ADV.

Those suggestions are also consistent with the ongoing rumor that the manufacturer is in fact reviving the Doctor, sadly minus the massive single that made it legendary. Whether Suzuki is introducing a new DR altogether (maybe replacing the existing V-Strom flagship), or thoroughly updating the existing V-Strom 1000 with what some suggest are “DR Big features” is unknown. A glance at the spy shot suggests the latter rather than the former. Here’s why.

The rumor initially started with TrailRiders citing a reliable Suzuki source that confirmed a new DR Big is in the works. The same source added that the DR is expected to add more off-roading capability to the lineup. The V-Strom is often criticized for being a little too road oriented, so that would make sense, right? That being said, if we’re in fact looking at a new DR, it seems like the maker might have missed the mark.

The ground clearance on the mules in the spy shot doesn’t exactly scream “take me off the beaten paths”—so is the absence of a skid plate. Granted, the street tires could be swapped for knobbies, but you’d think the two test riders would get to take the bikes out on the trails and dust them up a bit to see how they do, no? The V-Strom has proven itself on the road, we need to see it in action off of it.

The look of the mules might differ from the current V-Strom, it doesn’t seem to have a lot more to offer in the way of off-roading ability—so not what we would call DR-worthy. That being said, Moto Station suggests that swapping the V-Strom’s “DL” designation for a “DR” could encourage the sales. What are your thoughts on this?