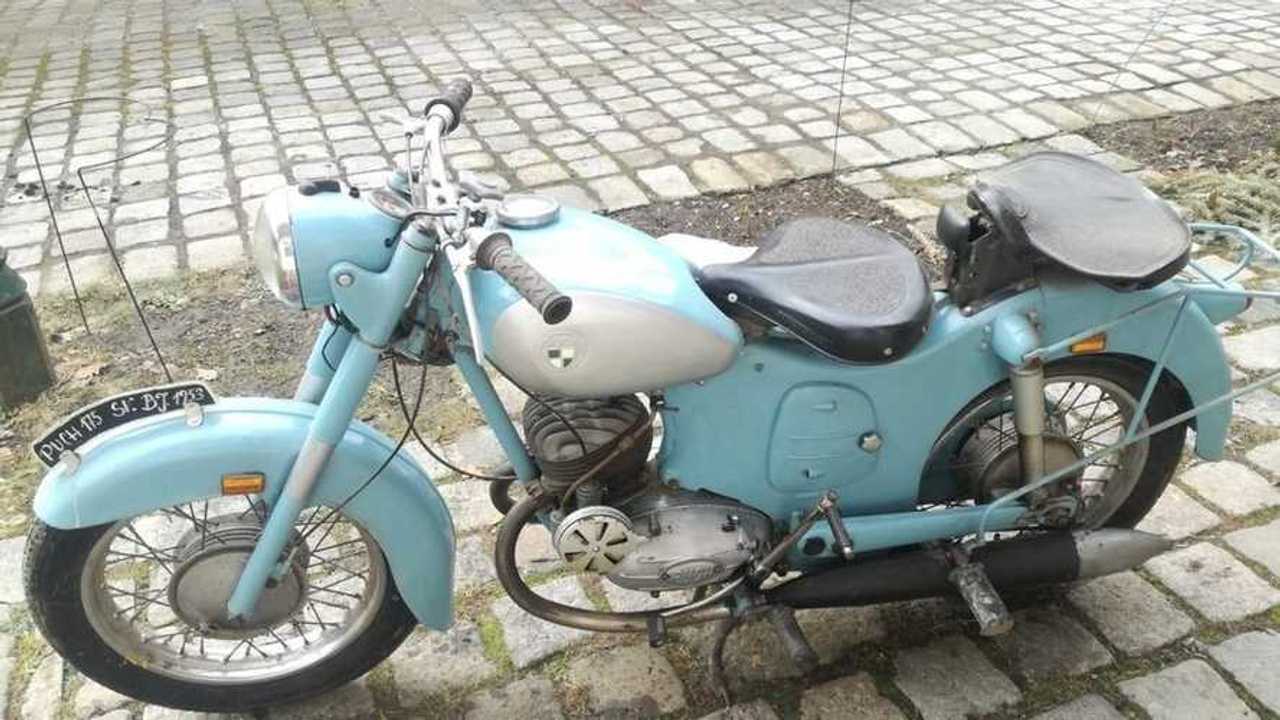 Would you want to bring this little German two stroke back to life?

The small two stroke commuter is now, for all intents and purposes, extinct on modern roads. Killed off by emissions laws, primarily, the high power-to-weight ratio engines were once ubiquitous in everything from city commuters to sports bikes and tourers. Almost every manufacturer built two strokes, such as BSA and its Bantam, Kawasaki's 70's H1 and H2, Suzuki's GT380-750 Series, and Yamaha's RD350.

One of the lesser known manufacturers of two strokes, Puch was a German-based manufacturer who started building vehicles in 1901. By the the end of the second World War, however, the company was briefly taken over by the British Army, before it started to manufacture bikes for the post war world. However, by the early 1950's, the company was back to manufacturing vehicles. The Puch 175 SV was actually one of the first new models they started rolling out after the war, in cooperation with the Italian car brand Fiat.

Puch is better known for its European step-through 50cc mopeds, but as the 175 shows, it wasn't afraid to apply the design to its larger motorcycles. The little smoker looks great, although at first glance, the pillion seat could be a little uncomfortable. Restoring old bikes can be great fun, but also a potential minefield, as Director Jason, is currently finding out.

The Reddit user D15c0untMD, posted a picture of the Puch on the r/motorcycles section of the forum on Tuesday, along with the caption "Sat in a barn for 30 years, my non-riding buddy is now attempting to fix whatever needs fixing. 1953 Puch 175 SV"

Let's hope the "non riding buddy" gets the little beast up and running and back to its former glory!