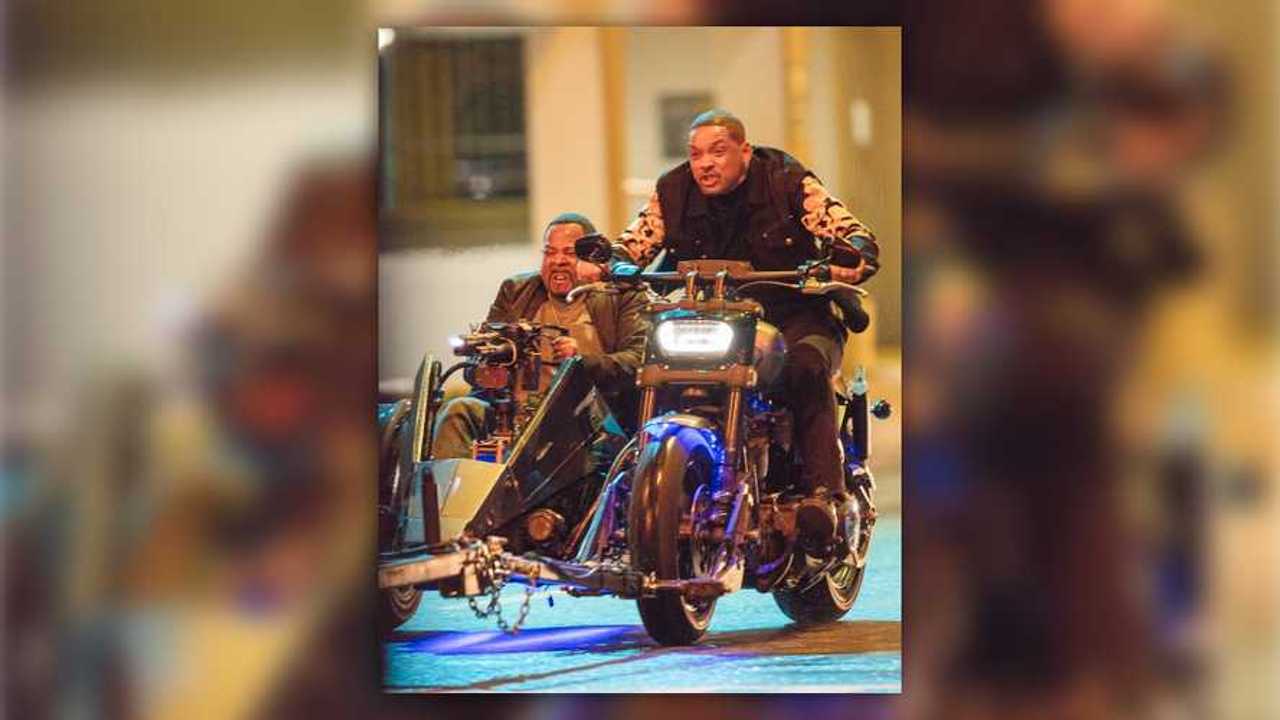 Will Smith and Martin Lawrence are reprising their roles as a pair of Miami detectives in the upcoming third installment in the “Bad Boys” movie franchise. Cleverly dubbed “Bad Boys For Lif3” the two reprise Mike Lowrey and Marcus Burnett, the roles they originally played in 1995’s “Bad Boys.” That film helped both actors break out of the goofy serial TV roles in which they’d been previously cast. Since that time Will Smith has gone on to be one of Hollywood’s top film stars.

YOU CAN WATCH WHILE YOU'RE NOT RIDING

We don’t know what the plot of this third “Bad Boys” movie will be, but we do know that it’s being filmed in Atlanta, Georgia (will it still be set in Miami? Maybe!) and there’s at least one scene with the two of them on a Harley-Davidson Fat Bob with a side car.

You and I both know that this usually means there’s a brief “find someone else’s motorcycle and steal it to chase the bad guys” scene, as usually happens in these buddy-cop movies. And even though this bike is chained to a trailer hitch and being pulled by a tow vehicle, sidecar and all, Will Smith does in fact know how to ride.

We saw evidence of that in the movie “I, Robot” in which Smith takes to a 2004 MV Agusta F4 SPR 750. While stunt doubles did most of the riding in that film, and there were several implausible riding scenes, Smith was definitely on two wheels (and not on a trailer) for some of it.

I’m always a fan of Hollywood showing motorcycles in a positive light. I enjoyed the heck out of (spoiler alert) Captain Marvel hopping on a Sportster. I loved the CHiPs reboot and I was thrilled the bikes in that flick actually sounded like R 1200 RTs and not V-twins! Well done, foley artists!