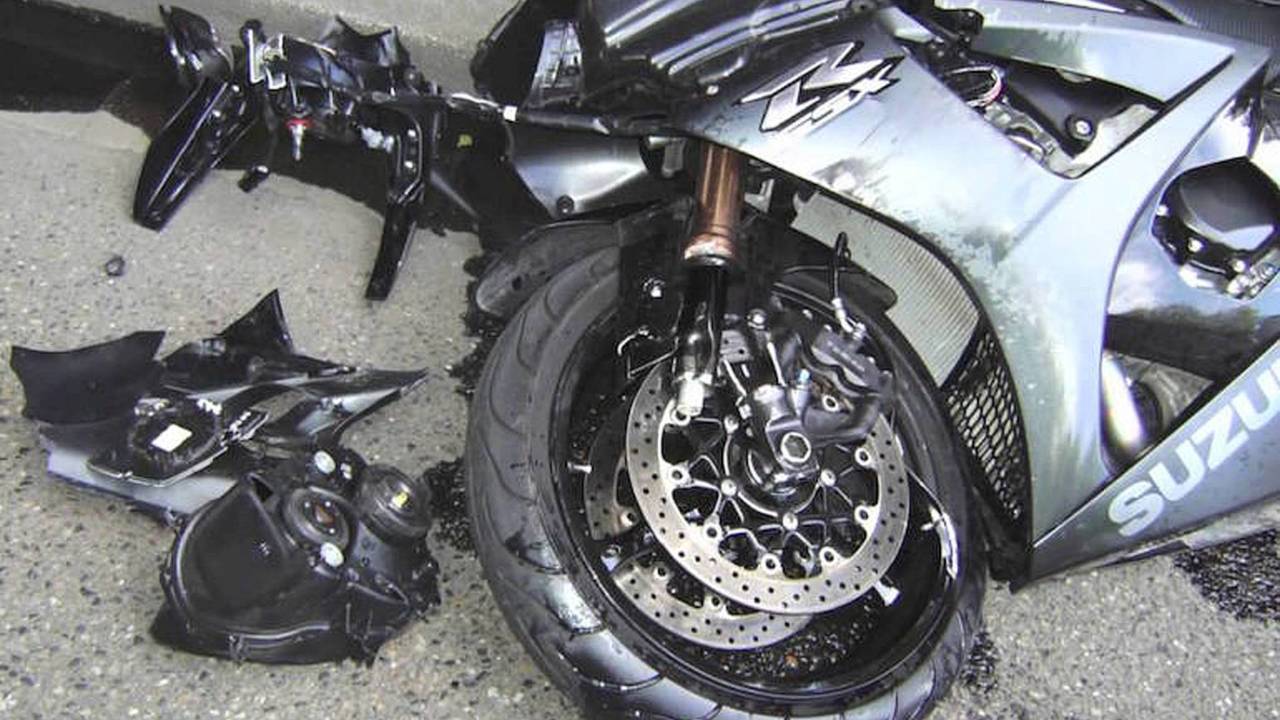 After Georgia man’s GSX-R1000’s defective brakes lead to a shattered-spine, Suzuki is slapped with a hefty fine.

Last week it was announced that after several hours of deliberating, the jury in the Douglas County, Georgia trial “Johns v. Suzuki” handed down a verdict in favor of the plaintiff. The case was brought against Suzuki Motor Corp.’s American subsidiary after Adrian Johns suffered a catastrophic crash in which his spine was shattered after the brakes on his 2006 GSX-R1000 superbike reportedly failed. Johns claims the crash left him major mobility issues and prevented him from returning to his postal career.

Randy Edwards of Cochran & Edwards’ represented Johns in the three-week long trial, petitioning the jury for $14M in compensatory damages alone, as well as an additional amount for punitive damages. In the end the jury awarded $10.5M to Johns and another $2 million to Gwen Johns, his wife.The jury did, however, reject the claim for punitive damages and apportioned 49 percent of responsibility for the crash to Johns, almost certainly reducing the post-verdict award.

According to Johns, he was riding on August, 12, 2013 when a brake failure resulted in a loss of control and ultimately a crash. His lawyers argued that Suzuki had been aware of the defect several months prior to the crash, though didn’t notify owners of the defective models until October of the same year when the company rolled out a 200,000 bike recall of Gixxer models produced between 2004 and 2013.

The plaintiff pointed the finger at Suzuki as the cause of the crash, resulting in a trial to determine whether or not Suzuki Motor Corp. acted properly, responsibly, and most importantly, timely upon being made aware of the defect that allegedly caused Johns’ crash. Suzuki’s lawyers argued that the crash was a result of reckless riding and not brake failure, pointing out that Johns didn’t initially blame the crash on brake failure and claiming that fact undermined the plaintiff’s credibility on the matter.

The police report taken at the scene of the crash was read to jurors in which Johns reportedly told officers that just prior to going down he hit a patch of gravel, and at no point mentions anything about the brakes failing.

“If you’ve just had an crash and you believe it had been caused by your brake failing, which would have been a significant surprise, wouldn’t you have told somebody that asked you what happened?” said Randall Riggs of Frost Brown Todd, the firm representing Suzuki. “Wouldn’t that have been one of the first things you told them? My brake failed. He didn’t tell anybody at the scene.”

In addition to Riggs pointing to evidence of skid marks at the scene of the crash, the testimony of the defense crash reconstruction expert Todd Hoover supposedly “proved” that a brake defect did not cause the crash.

“Mr. Hoover is the only expert who has even attempted to reconstruct the crash, and no one disagrees with his work. Doesn’t that tell you that Mr. Hoover is right about that?” stated Riggs in defense of the manufacturer.

Edwards, however, disagreed with Hoover’s findings and criticized them, claiming his conclusions were based on what he called “a string of improbable coincidences”. Johns’ lawyers argued that post-crash testing revealed that John’s Gixxer’s brakes were indeed defective. They also raised the point that Johns’ account of what happened is very similar to that of other stories from owners of the defective Gixxers.

“Adrian’s testimony that his brakes did not work right on August 12, the testimony of who say the exact same thing happened to them, and all of these reports that Suzuki has, are far more credible than the bought and paid-for opinion of Todd Hoover, that can never happen,” Edwards told the Douglas County courtroom.

Ultimately Edwards debated the claims of the defense team and asserted that the crash was a result of Suzuki’s lack of action. Edwards showed jurors an internal memo from Suzuki that he says clearly shows the company placed orders for six-figures worth of new components in preparation for the massive recall. This was done without warning the owners of defective models in an effective amount of time. Edwards told jurors he thought Suzuki kept the information internal out of fear of the recall negatively impacting sales during what is typically a part of year that sees a lot of sales.

“Ladies and gentlemen, I’ve got to tell you, in the 26 years I’ve been practicing law, this is the worst failure to warn case, not that I have ever seen, but that I have ever heard of,” Edwards told the court. “This is like a landlord not telling a new tenant that your heater spits out carbon monoxide, and a family dies the first night. This is outrageous.”