Loving mother of fallen motorcyclist gives the gift of life and sight in honor of her son's memory.

It was likely the longest week of Shebna Dorsey’s life, and the worst. From February 24 to March 3, 2019, the loving mother watched as her son Andrew rallied against the complications from injuries sustained in a motorcycle crash, injuries that had sent him straight into the ICU of Holmes Regional Medical Center in Melbourne, Florida. For one horrible week, Shebna Dorsey hung on every little sign of hope until that hope was extinguished. On March 3, at 3:45am the young man was pronounced dead. 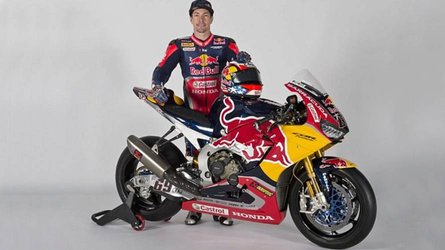 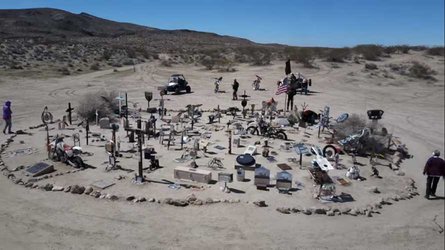 It’s a conversation no one wants to have and a decision no parent ever wants to make: what to do with the healthy organs of their dead child. It’s exactly the decision that this mother had to make at the end of this most horrific ordeal, Shebna Dorsey chose to do what she felt her son would want, which was to help save the life of another. In the midst of loss there was light.

At no point did she waver in her love, and at no point was she angry at him for being on a bike. Her decision to donate his organs was done out of love and recognition of the man he was – a kind and generous soul who would have wanted to “pay it forward.”In the now-viral video “Walk of Honor” we follow Andrew’s body through the hospital halls which are lined with his family, friends and medical staff, all there to pay their final respects. It is a beautiful and poignant memorial and one that has inspired others.

Almost immediately others were pledging to complete their organ donor cards.

This is exactly what Shebna Dorsey hopes. “If more people would think of the lives you can save, and the families you will help, and the lives you will forever change” she says, “My son’s life was not lost in vain.”

If you would like to help the family, a GoFundMe page has been established to help the family with medical expenses that can be found through the hashtag #AndrewStrong Friends and family have organized a memorial scheduled to “celebrate the life of Andrew Dorsey and his gift of life" on Sunday, March 10 from 2pm to 10pm at The Salty Fox in Melbourne. His band of riding brothers will pay tribute to Andrew by arranging their motorcycles the shape of a giant heart,"to be photographed in honor of their life-spreading friend.”