From The Archives: Housewife By Day, Trial Rider By Night

There’s something magical about rediscovering old footage, ads, and documentaries from half a century ago. It feels incredibly outdated, sometimes sexist, yet absolutely fascinating. If in 2019, the concept of a mom and wife who likes motorcycles and races them isn’t so alien, in 1965, it was special-enough to make a short documentary about it. 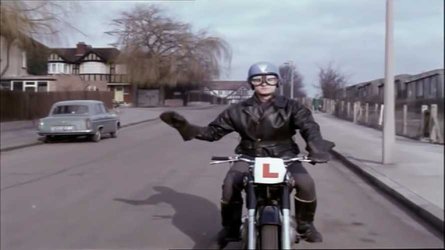 This Vintage Video Is 1960s Britain At Its Best
⠀ 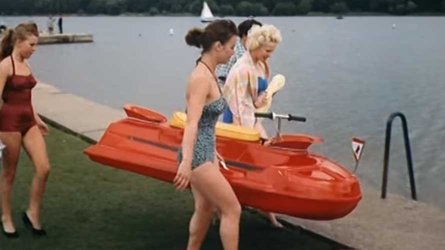 Meet Renee Bennett, your typical mid-60s London housewife with two kids to care for, a husband, and house chores to tackle. Family was only one aspect of Renee’s life—when the mom hat came off, the motorcycle lid replaced it. Motorcycles were the other love of her life.

Not only was Renee manager of two East London motorcycle shops (first two of five, according to daughter Julie’s account), she also competed in trial racing during the weekends. Like many riders today, she was inspired by her motorcycle enthusiast dad who got her interested in what makes a bike tick early on. She left school at 15 to join the family business, incidentally, a motorcycle shop, that serviced a myriad of local brands including BSA, Triumph, and Ariel. She started riding around the same time on her very first bike, a little James Captain 198cc.

By the mid-50s, she started competing in timed trials during the weekends, juggling her love of riding with her new family life. The bike she rode on, shown in the video, was a 250cc Greeves. She participated in a number of trials competitions and even became a stuntwoman for movies and TV. In the early 70s, she swapped the Greeves for a Bultaco Sherpa 250—bikes she owns to this day. She eventually turned one of her shops into a competition center and even created her own trials event, the Renee Bennett Sunbeam Novice Trial in the 80s. To this day, she continues to run the very first shop husband Howard and herself bought over 60 years ago

Renee was the epitome of awesome at a time when few women dared to stand out. She might have been a bit of an unusual case back in the 60s, but nowadays, she's on the list of straight up badasses.