Warm Up Your Welder And Start Building Your Bike 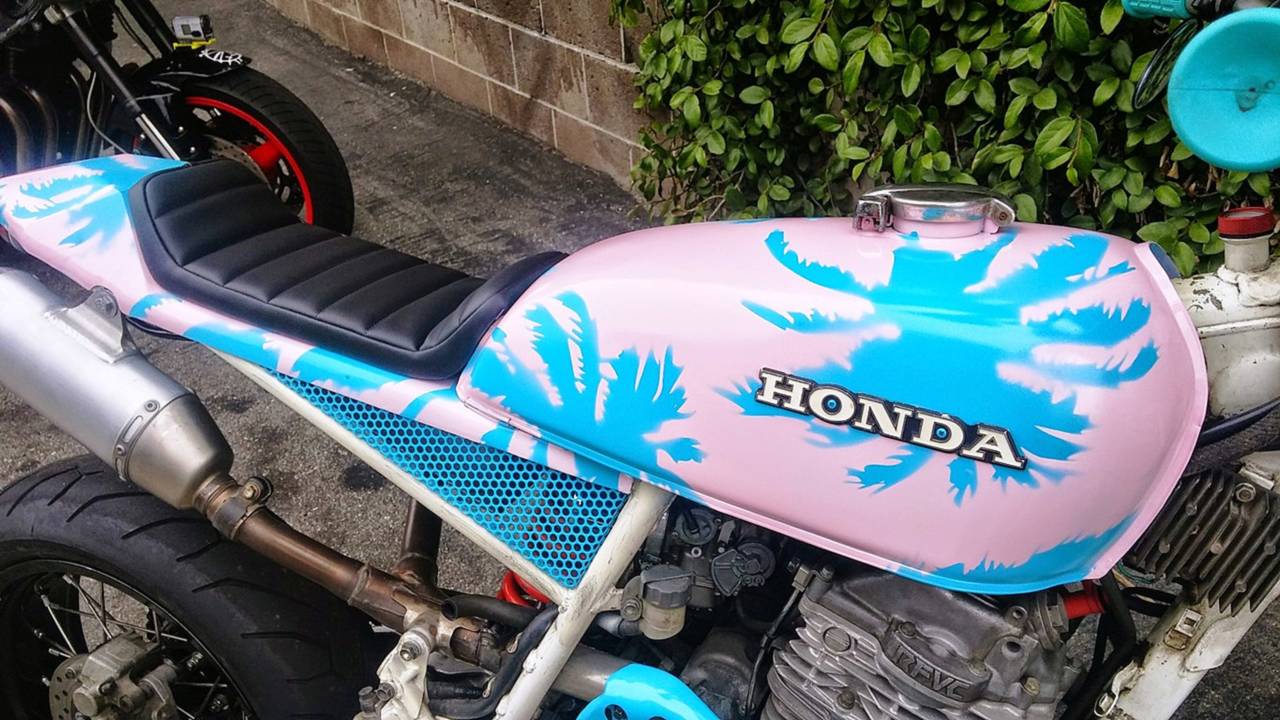 Deus Ex Machina Boundless Enthusiasm Bike Build Off returns for 2019 and anyone can enter online.

Aince they became a brand, Deus Ex Machina has encouraged people to ride, have fun, and be original. Their custom bikes may go for large sums and find their ways into celebrity collections, but they also sponsor an amateur build contest and invite anyone to enter. The theme of their Boundless Enthusiasm Build Off is "make the most from the least" and though it is a little more polished than the "Dirt Bag Challenge," they encourage low budgets and oddball ideas. This year they decided to do things a little differently for those of you who don't live near Sydney, Milan, Bali, Biarritz, or Venice Beach: The preliminary contest is 100% online.

The contest has always favored originality and a sense of humor, to the flawless paint and polish of just another cookie cutter chopper or Firestone and pipewrap clad cafe racer.  Back in 2014, friend of RideApart Jamie Robinson won 3rd place at Venice Beach with a street fighter Honda CBR600 that would have looke right at home in Mad Max. Yours truly took an honorable mention at the same location in 2015 with my Bosozoku Honda CM400T that cost $750 apart from my labor.

Want to build a triple lawnmower engine powered drag bike? Knock yourself out. Live in the great white north and have a beat up snowmobile you want to turn into a 2-stroke triple powered chopper? Have at it. Been working for years on something awesome and so far outside the box that your friends and family are starting to worry about you? Now you have a deadline and a place to show it off. It is free to enter so you have literally nothing to lose, and chances are you will at least get a cool T-shirt out of it.

We have been kicking around ideas here, but as of yet we don't have a plan or bike in the works. If that changes we will bring you details here, and if you are building something tell us about it.

Details are still a bit sketchy, which is not surprising at this point, but the "major prize" appears to be a pair of round trip tickets to any of the six Deus locations. Your bike can basically win you a free trip with a friend to Bali, or Milan, though you will have to pay for your hotel and whatnot. There is no indication on the announcement as to how many major prizes they will be giving out, and neither the judges or the deadline have been announced yet. As of right now, the site isn't even fully built, but you can enter or find more details at Bikerbuildoff.com or just watch this video from the founder Dare Jennings.