Watch This KTM 300 EXC Turn Into A Mini Flat Tracker

Could flat track-inspired models be the next big trend in motorcycle designs? We kind of hope so! There’s nothing wrong with the current retro trend, I’m all for a good modern classic, but bikes like the Indian FTR 1200 are a breath of fresh air on a market saturated with neo-retros. That’s why I find this enduro-to-flat track conversion kind of cool! Australian shop Engineered To Slide gives us the rundown. 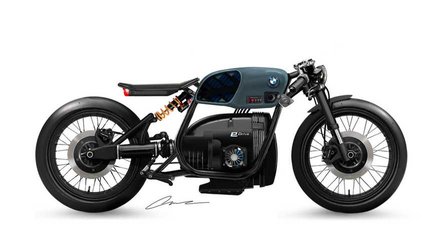 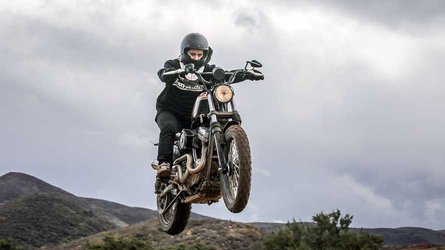 The project was actually a commission and Nigel, who documented the build, explained he knew exactly what his client (and apparent buddy) had in mind. For that, he had to source a good bike to get started with. He ended up getting his hands on a 2011 KTM 300 EXC in great conditions and with low mileage. The bike was entirely stripped to its bones and from the original model only remain the frame, handlebar with brake wiring, engine, exhaust pipe, and the rear suspension get up.

From there, blogger and builder Nigel started putting together a little Frankenstein of a bike with parts borrowed from donor bikes—including a gas tank taken off an old Honda—and parts he machined himself. Speaking of the FTR, his client even stated he was looking to get an FTR-like tail portion, which the builder achieved thanks to an upswept tail covered with a rectangular cowl that imitates the Indian seat shape.

The result is a fun-looking little tracker with the inners of the capable 300 EXC, wrapped-up in a dirt track-inspired package. Nigel from Engineered To Slide documented the entire process in a blog, and also in video, which allow us to appreciate the quality (and quantity) of work he put into this build. The best past is that he said he’s not only proud of the end result; he also had fun throughout the process. If you’re looking for some inspiration for your next project, you should check the Akin Moto KTM 300 Tracker custom bike—it'll make you want to explore the flat track trail.