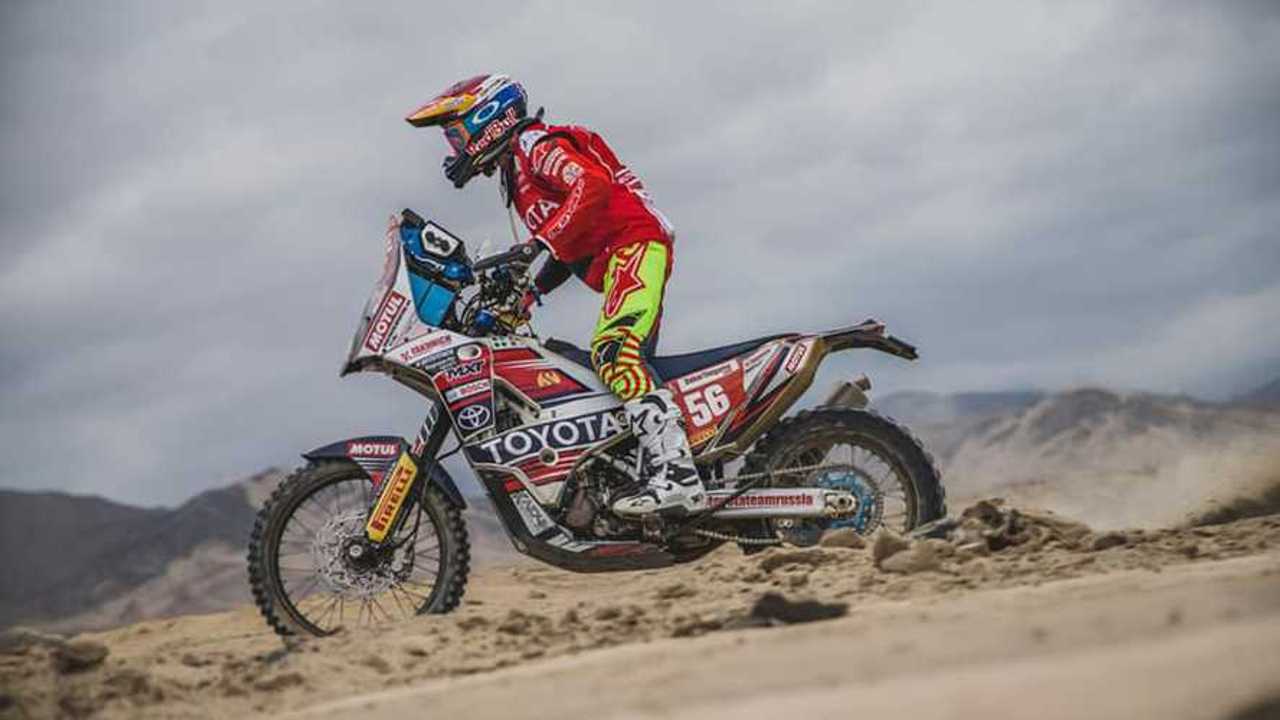 First female competitors in the Original by Motul.

The Dakar 2019 is happening right now. Friday marks the event’s 5th stage that will take competitors from Moquegua to Arequipa, Peru where the teams will get a rest day on Saturday. This year’s race also marks yet another checkmark to be added to the Dakar’s history books. For the first time this year in the rally’s history, not one, but two women have undertaken the grueling challenge of doing Dakar all on their own. Meet Sara Garcia and Anastasiya Nifontova.

The Dakar rally already is the most challenging competition of its type in the world, even when you are backed by a full support team that takes care of the smaller details for you. For the Original by Motul competitors, there’s an added layer of difficulty: they are flying solo. By that, I mean that they are doing the Dakar without a crew. No mechanics to take care of the bike in the downtime, no driver to take all the spare parts and luggage from one location to another in a separate vehicle, nothing. Niet. Nada. It’s them against the Peruvian desert.

For Russia’s Nifontova, it isn’t the first time making history. In fact, the Washington D.C.-born has been racing in rallies since 1999. In her almost 20-year career, Nifontova has become the only established Russian female rally-raider in her country. In 2017, she became the first Russian woman to compete in the motorcycle class at the Dakar and to finish the competition, crossing the finish line in 75th. She is no stranger to rally-raids, having participated in a number of Russian and European events over the course of the last two decades. She is currently in 97th position in the 2019 rally.

For Spanish Sara Garcia, her experience of the Dakar has been very different: she entered as a rookie in the event’s most difficult class. Talk about daring. Thankfully, Garcia’s had a few things going for her. She’s a mechanical engineer as well as an experienced road and dirt track having won such titles as three times the Rally TT Spain champion as well as the holder of the women’s FIM World Cup for 2017. She tackled the rally alongside fiancé Javier Vega Puerta, also a rookie. Sadly, the Dakar got the best of her and on Friday morning, it was officially announced that Garcia had dropped out of the competition sometime during the Arequipa to Moquegua stage.

Both competitors had the ambition of becoming the first woman to complete the rally in the Moto Mall class, now leaving Nifontova alone to compete for the title. The Dakar will end in Lima, Peru on January 17.