For what, we're not sure, but it could mean a brand new model.

Trademark registrations are tricky things. Sometimes companies trademark a name just in case they want to use it someday, or to maintain their rights to a discontinued model, as Suzuki has done with the Hayabusa name. Other times it can be a tip-off to an upcoming new model. We're hopeful that Indian registering the name "Raven" may be the latter.

TO BOLDLY GO WHERE NO INDIAN HAS GONE BEFORE 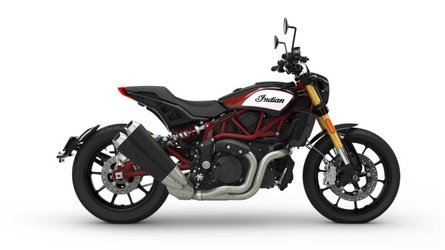 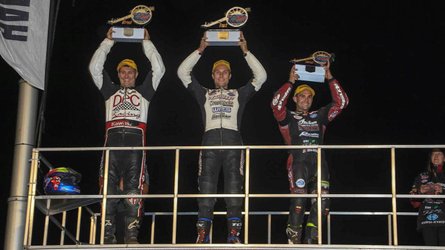 Indian Proves Once Again That the FTR750 is the Real Deal

Indian just applied for a trademark of the name "Indian Raven" with the European Union Intellectual Property Office, for a "motorcycle and structural parts therefor." It is likely a similar application will be made in the U.S. There is no Raven model currently in Indian's lineup, which leads to wild speculation about exactly what a future Indian Raven might be.

My first thought is a cruiser, which is where Indian's heritage lies. Under careful consideration, though, that theory kind of falls apart. Raven would be a great name for an evil looking blacked-out motorcycle, but Indian already uses the Dark Horse name for blacked-out versions of the Chief, Chieftain, and Springfield. It wouldn't make sense to abandon this established branding for a new name just for the sake of change. Maybe the Raven would be an entirely new model, but exactly how would it fit into the lineup? The Scout is already a rather small bike for a cruiser. Maybe the Raven would slot in below the Scout as an even smaller bike, like the Sportster-based Harley-Davidson 883s.

On the other hand, rather than looking to the past, perhaps Indian is looking to the future instead. We've already raved about the FTR 1200 S, not only the bike itself but also what it means for Indian's future. It's hard to believe that Indian would create this new architecture for just one model. That wouldn't be cost effective. The Raven could be a smaller version of the FTR 1200, but then why not just name it the FTR 750 and capitalize on Indian's massive flat-track racing success?

Perhaps the Raven will be something we've never seen from Indian before—a true sportbike. This would have been unthinkable before the FTR 1200, but that bike has shown that Indian wants to get a piece of the performance pie. After taking a slice of the naked bike market with the FTR 1200, it would make sense for Indian to take a slice out of the sportbike market by building on that same platform. While Indian's cruisers capitalize on its heritage, the company has no history or heritage at all on the sportbike side, freeing it up to do whatever it wants in the category. If Indian is planning for the Raven to be a brand new model, I think it'll be an FTR 1200-based sportbike.

Again, this is all just wild speculation. We have absolutely nothing to go on except the fact that Indian trademarked the Raven name. It could be anything. It's just fun to think about what it could mean for the future.