The Dark Horse is Indian's latest offering. Here's a look.

Yes, yes, we know. Most of you do not care about cruisers, even cool new ones. But we’d be remiss if we didn’t show you some pictures of Indian’s newest variant, the Dark Horse, which was unveiled this past week at an Indian PR event in Chicago. Here’s a look, along with what we think about the latest Indian model.

First, it’s black. Very black. How much more black could it be? To paraphrase Spinal Tap’s Nigel Tufnel, almost “none more black.” We say almost because the pipes are nice and shiny; it’s a big American cruiser and there’s gotta be at least SOME chrome, right? 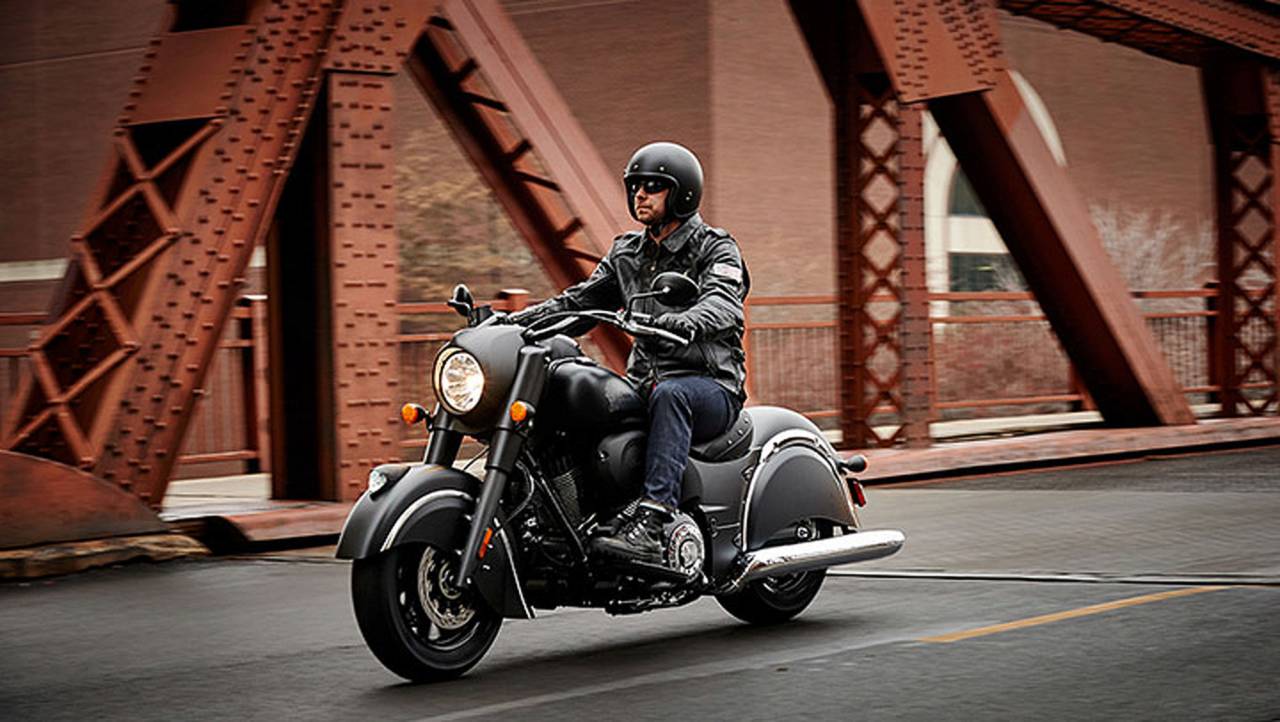 Those looking for something other than a new finish are in for a disappointment. This is basically a stripped-down Chief Classic; it’s a lighter beast than it’s stylized cousin, but not by much. Losing a few parts here and there (notably, the two-up seat) and utilizing lighter cast wheels shaved just over 25 pounds off the Chief Classic’s weight. The Dark Horse comes in at a claimed dry weight of 751 pounds, compared to the Chief Classic’s 778. Performance specs also match those of the Chief Classic—the bike is powered by Indian’s Thunder Stroke 111 engine.

Indian shaved a few buck off of the price tag. The Dark Horse is set to sell for $16,999—this is $2,000 lower than the base model Chief. That lower price still gets you a lot of cruiser for the money.

Despite its no-frills appearance, the Dark Horse will still come with standard ABS, cruise control, and remote ignition (It won’t, however, sport leather seats. The stock seat is vinyl.) Those looking to customize the Dark Horse will have some options: according to Indian, there will be some 40 accessories that are made for the Dark Horse, including ape hangers and a passenger seat. 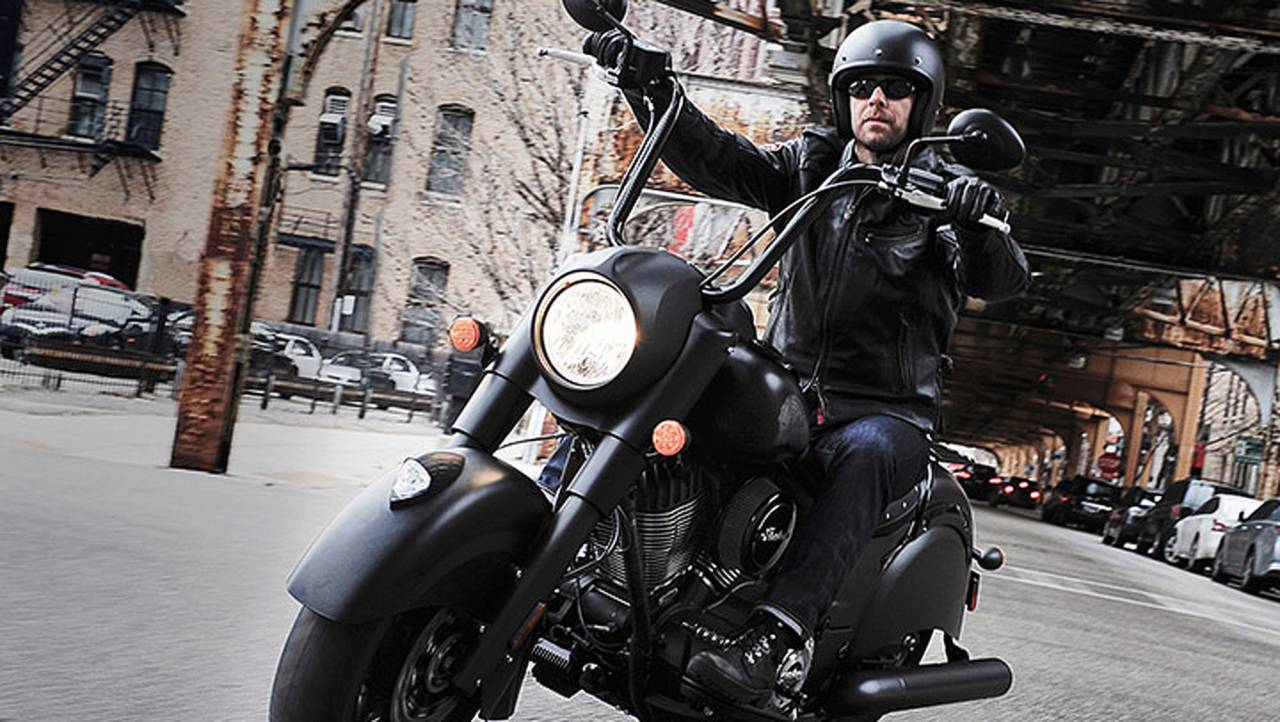 We’re big fans of the Indian Scout— RideApart Editor-in-Chief Jesse Kiser took one for a spin at Sturgis last year and found that it struck a great balance between a big cruiser and a far more nimble standard (see his review linked below.) It was a big step forward for the brand, aimed at a segment that may have had reservations about buying a cruiser based on performance and/or the size of their bank accounts.

The Dark Horse certainly looks cool—well, until you add the ape hangers. And that’s why we’re going to express a bit of disappointment and perhaps cynicism here—the Dark Horse seems more like a marketing gimmick aimed at a slightly younger crowd. We feel like it's Indian’s attempt to get well-to-do Sons of Anarchy fans to buy a Chief over a Dyna. While it's probably a bit much to expect a brand-new model so soon after the Scout, we're still hoping that Indian has some actual surprises up their sleeves. (A Sport Scout, perhaps?)

The Dark Horse is set to hit dealerships this month.