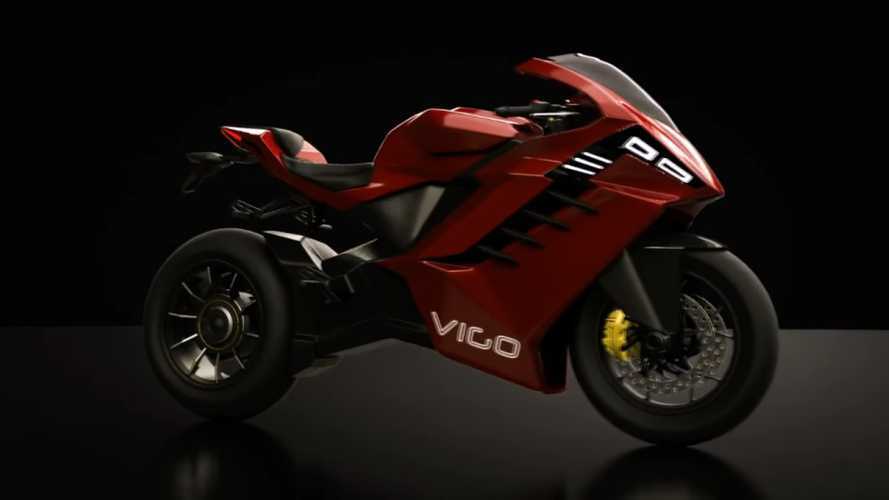 Is it real, or is it vaporware?

While electric motorcycles offer amazing performance, the major strike against them is their limited range. It's usually too short to be used for anything more than short trips, and it takes hours to recharge for another go. Vigo promises to change that, if only it can find the funding.

HOME, HOME ON THE RANGE

The Ottobike MCR2 Promises Long Range In A Small Package

Vigo promises sportbike performance in a long-range package. According to its IndieGoGo campaign, the bike will have a staggering maximum range of 400 miles. It will also deliver a 0 to 60 time of 3.2 seconds, a top speed of 180 mph, and weigh just 350 pounds. That's true sportbike performance with a greater range than many gas-powered motorcycles provide. Vigo doesn't reveal the secret sauce behind its batteries but does say it uses "a new battery technology which gives much higher battery density, lower weight, and higher loading and unloading speeds." A rapid charger will put you back on the road in under 30 minutes. It even offers a "gas tank" storage compartment, much like the Honda NC700X.

There's one big problem with Vigo, though: funding. The IndieGoGo campaign set a goal of raising just over $300,000 to fund building a prototype and putting the bike into production. It raised $267. No, I didn't forget any zeros—two hundred sixty-seven dollars. Campaigns to fund potato salad or launching a TARDIS into space raised far more money than Vigo did.

Undaunted by financial woes and failed partnerships, the company is trying once again to fund the production of its electric sportbike that seems to tick all the boxes. This time Vigo is asking people to spread the word far and wide that it is seeking investors in the project. Unfortunately, the response has not been entirely positive.

"The only way you're going to raise funding for this bike is to build a prototype," says one Facebook commenter. "Then get it out on the road and do range tests, and 0 to 60 mph tests, and record all the real world specs to show you have a product worth supporting. It's hard to sell a bike with just concept art." Indeed, all pictures and video of the bike so far are nothing but computer generated drawings.

"Are you by chance a Nigerian Prince?" asks another commenter, reflecting on his perceived inability of the company to actually do as it promises. In the software industry, the term "vaporware" is commonly used to describe items that don't really exist but the company talks about as though they're already real. Despite Vigo's efforts to build its bike, which could be revolutionary if its claims about it turn out to be true, so far it remains little except an idea in the world of computer-aided design. Maybe Vigo could appeal to fans of Doctor Who or potato salad to help.