Day In The Dirt 2018 - The Woodstock Of Motocross 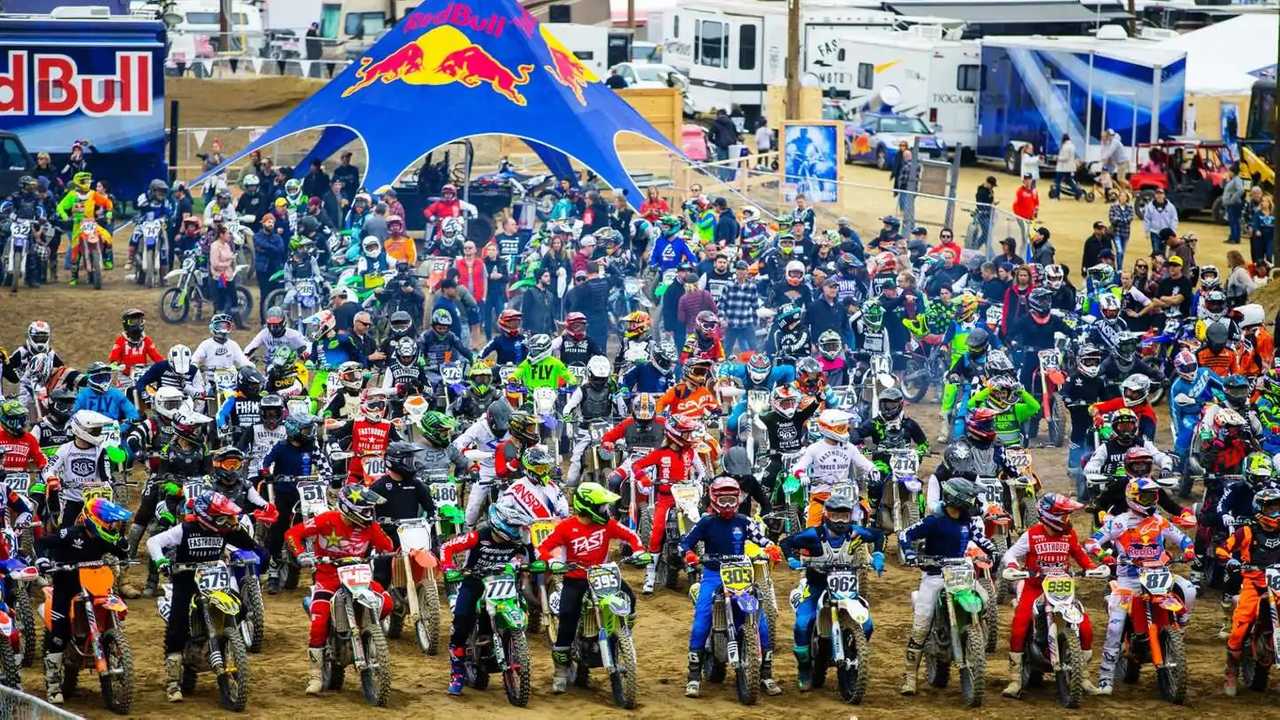 This year marks the 21st running of the event known as Day in the Dirt, which is increasingly inaccurate as it now lasts for three whole days. While originally started as something of a stunt men's off-road grand prix, it has evolved over the years to include everyone, not matter what they do for a living, what skill level they are, or what sort of bike they ride. There are still stunt industry only off-road races, plus amateur flat track, TT, pull start minibike, pit bike races, team relay races, and an off-road endurance race to end it all on Sunday.

The "grand prix" course is still the main attraction, linking the Glen Helen Raceway National MX track, vet track, and other areas of the facility and surrounding hills into one huge lap several miles long. The above video give a good impression of what one lap is like, during the team relay race where riders have to pass off a wristband between the first and second lap. This comes before the final endurance race which has riders on the grand prix course for more than two hours banging bars.

The three day long off-road racing festival began more than two decades ago, started by people who fondly remembered the huge Southern California races from the original golden age of off-road racing. The event takes place every year the weekend after Thanksgiving and is a much better way to work off that turkey then going shopping. There are races now from Friday afternoon until sundown on Sunday, with a live band of DJ entertaining Saturday night, so sleep in the van or pitch a tent if you plan on coming.

Much like at Elsinore, though there are hundreds of racers just a handful of them are really in it to win it, with the rest just out to have one last hurrah before the off season. People race in costumes, or on completely inappropriate bikes (CHP Kawasaki KZ1000 on knobbies for instance) just for a laugh. There are hard fought races at low speeds on pit bikes and pull start mini bikes. And now that Red Bull is the title sponsor, there are plenty of spokes-models, energy drinks, and music playing via huge speaker systems all weekend.

Unfortunately, all of my appropriate race bikes were not in ready to race condition, and I didn't want to make the trip just to race in the pull start mini class again. So I did not go myself, and all these images come courtesy of the promoter Fasthouse, and Red Bull.