How To Set Up Your Bike To MotoGymkhana 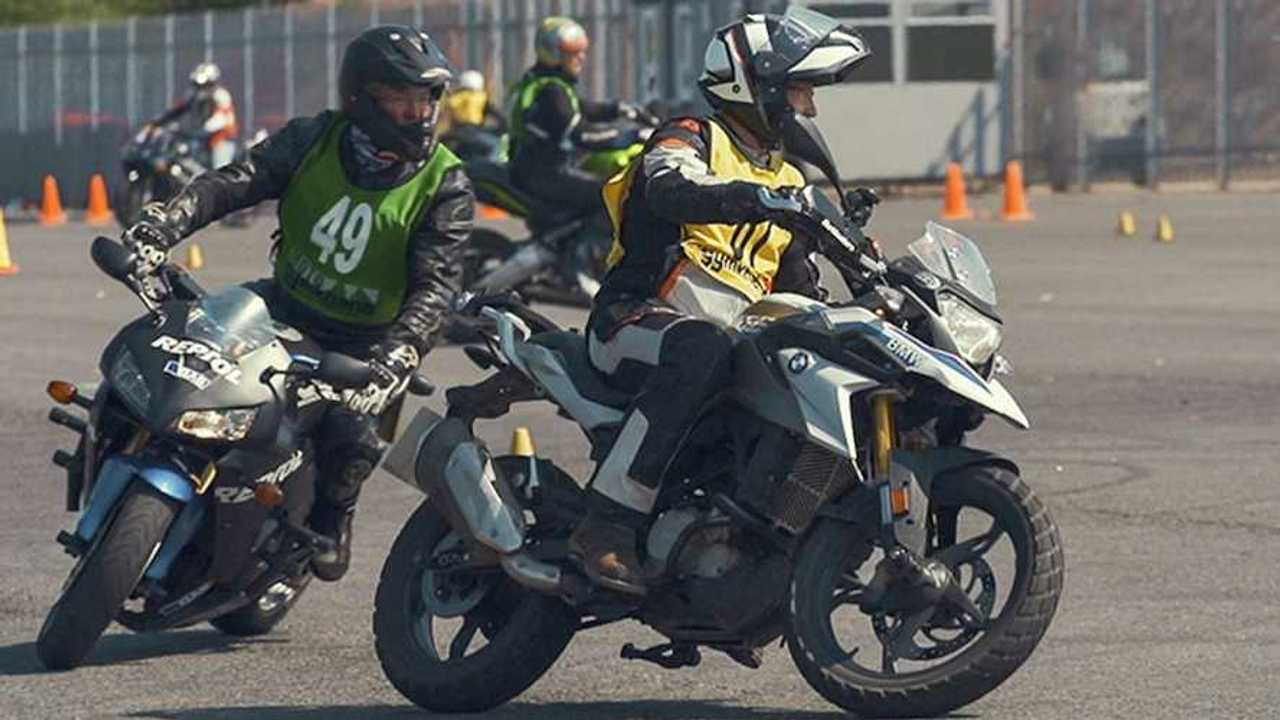 This is when you become one with your bike.

A lot of people hate city riding. The thought of navigating around distracted drivers, unpredictable pets, belligerent bicycles, preoccupied pedestrians, slick streetcars tracks (if you’re lucky enough to live where they do), bossy buses, stealthy speed bumps, and pernicious potholes—to name a few—is more than what many riders want to take on. In fact, they insist, city riding is too dangerous to be fun.

What the Heck is Motogymkhana?

Thing is, anything you don’t enjoy will not go well. There will always be if you consider them a part of the adventure, they can also be considered part of the fun. Better yet, have fun working on your street-riding skills and safety sense.

Enter MotoGymkhana, the Japanese skills-riding competition and social scene that helps sharpen your reflexes and two-wheel talents, on your very own bike. Turns out, the list of “don’ts” is short. The “dos” list is likely parked in your garage. According to Gymkhana North America director Yoshi Nakatani there are only two things that disqualify a bike from competition: loud exhaust or racing tires.  Easy-peasy.

The next step? Simply pick a category based on your bike and skill level.

The rider divisions are as follows: Novice, Ladies, two levels of Intermediate class known as C-1 and C-2, and the most competitive levels: B (Expert) and A (Super Expert).

Then it’s all about what bike you’re going to be riding to establish the correct class: Stock, Mods or Big Bike (600 cc or over).

I asked Nakatani if there was a better type of bike to use. Turns out there isn’t really one of those either, just the bike you ride, especially since the whole point of the “sport” is to get better at handling your own ride. That said, he did include a list of bikes that are most commonly used, in cylinder order:

Not surprisingly the majority of the bikes are Japanese; the sport originates from there. And although this list also doesn’t include cruisers but they’re part of the events as well.

MotoGymkana is safe. Since it’s inception in the 1980s there have been no serious injuries reported. Even the experts don’t to faster than 50 km/h, and the person against whom you’re competing is yourself.  In a controlled environment and in the presence of skilled instructors, every rider gets a chance to practice tight twists, turns and emergency stops at speeds most often experienced on urban terrain. The focus is on balance, clutch control and braking, everything you need to become a better rider on your very own ride.

So grab your bike and head over to your closest MotoGymkhana center and try it out.  See you on the streets!