Don't you just love discovering awesome new riders who take us along on their two-wheel adventures?

Every Friday, we introduce you to awesome riders who give us a unique look of the world on two wheels and, lucky for us, make YouTube videos out of it. 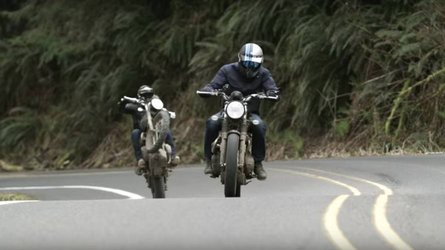 Rocking Riders: Tearing it Up with EverythingEmpire 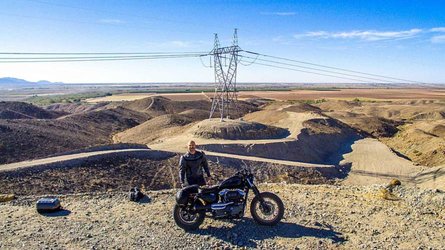 Rocking Riders: DanDan the Fireman Saves One Life at a Time

This week, we’re going for a little something different for our Rocking Rider: we’re going on motorcycle patrol with Officer Rob. Nowadays, thanks to dashcams, we now have access to a number of first-person videos recorded and shared by police officers. However, an officer patrolling by bike and showing us the behind the scene was missing from the landscape.

In comes Officer Rob of the LAPD with a good-cop mission to show the people that not all people in uniform are bad. He calls it “humanizing the badge”. Whether he’s on or off duty, Officer Rob takes us on the road with him and introduces us to the daily reality of a cop in L.A.

His videos aren’t a feat of editing and creativity—he takes us on his riders, armed with a helmet-mounted camera and a mic and talk us through everything. What’s interesting here is that we get to see a side of the job we don’t usually see until the cherries light up and we get pulled over. It might ruin our day, but that’s only an infinitely small portion of everything else that’s going on.

Whether he’s escorting a movie crew filming in the streets of Los Angeles, tackling police motorcycle training, or simply answering viewers’ question, Officer Rob talks us through his passion for riding, but also for his job. We tend to think that traffic stops are just routine for officers. Because most of us have nothing to hide and aren’t maniacs, we think they’re just a walk in the park, but he explains that they’re actually one of the most dangerous situations a cop puts himself in.

Just like there are bad doctors and bad teachers, there are also bad cops and the profession has been getting a lot of bad publicity in recent years thanks to the increasing presence of social media. Thankfully, we’re not only shown the bad side of things: sometimes people take the time to show us the good one and that what Officer Rob aims to do.