Suzuki Katana Teaser Number 3: Houston, We Have a Visual

Guys! We have a tank!

As we suspected last week, Suzuki treated us to yet another teaser of the Katana. A quick chat with Suzuki confirmed our suspicion that the brand is planning on building up the anticipation until the opening of Intermot on October 2 with a teaser every week. This time, we’re getting our first peek at the bike. 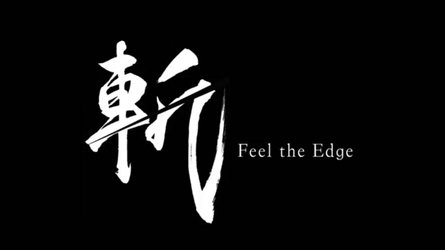 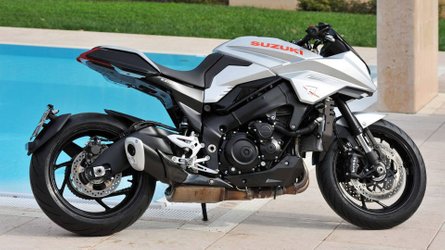 Suzuki Teases Katana Ahead of 2018 Intermot

The first two teasers showed the process of a sword being made, from the red hot steel hammered into shape to the finished product; a very distinctive katana blade shape. This third teaser begins with yet another peek at the formed blade now sharp and ready to spring into action. The same way details of the blade come into light, a Suzuki-branded gas tank is revealed, a dramatic gash-like feature marking the side of the tank—as though it had been sliced with a sword.

This is the first peek we get of the model, and it looks like the design might be dipping a toe in history. The original Katana 1100 from the early 80s had a similar cut-like feature on its tank and gentle curvature of the back. 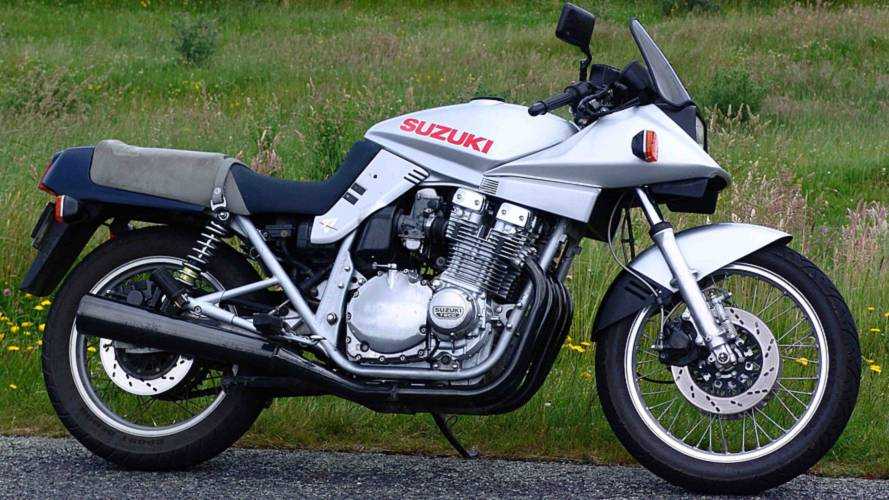 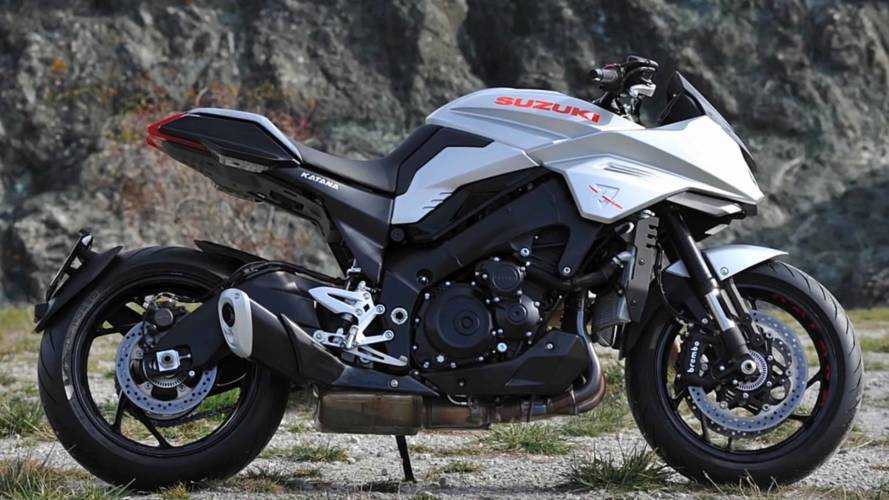 That’s bad news for those who thought the customized Suzuki Katana tribute released in 2017 and based on the GSX-S1000F was an eyesore. The modified GSX-S was designed by a group of Italians as a tribute to the Katana 1100, drawing heavily from model’s early days’ design with a modern twist.

The teaser seems to indicate the returning model will borrow visual cues from its ancestor and the custom Italian design if the choice of the red-on-silver color scheme is any indication. Obviously, we don’t know to what extent the new Katana will borrow from its past, but it’s hard to deny the similarities so far. Teaser number 4 can be expected Wednesday of next week. It’s a date!

3 Photos
By: Sabrina Giacomini
++
Got a tip for us? Email: tips@rideapart.com