Why I Love British Bikes and You Should Too 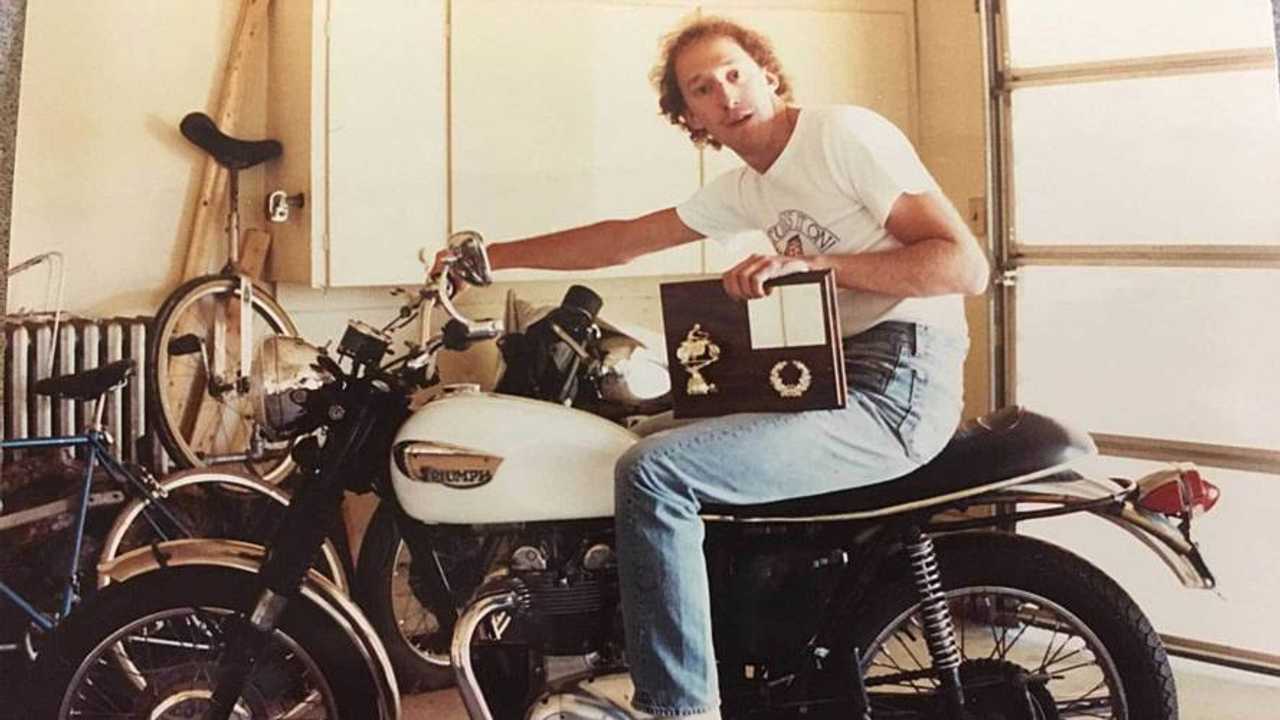 A trip to buy a stereo and the impulse purchase of a basket case Triumph led Todd into a lifetime of riding, wrenching on, and loving British iron.

I am hopelessly drawn to British Motorcycles. I should not be. I’m too young to remember the so called "golden age" of Britbikes, too impatient to put up with unreliable crap, and too cheap to spend real money on motorcycles. In 1981 however, at the tender age of 18, I opened a door to a world I had never imagined. That door set the course for my life.

CHECK OUT: An Italian Nightmare - The Worst Bike I Ever Worked On

The door was a classified ad in my hometown paper, the Lapeer County Press. I still have it, “Olson stereo for sale, Triumph Motorcycle Basket case.” I went to look at the stereo and bought a motorcycle. I saw beauty in the heap of alloy and rusted iron. I knew zero about motorcycles.

The little ad that started it all.

Over time, the pile of scrap metal of became a numbers matching 1970 Triumph T100c. Once together properly—on the third try—I rode it everywhere. The little bike proved to be surprisingly reliable. I logged 30,000 miles over three years miles on the beast. It crossed the Mackinaw Bridge, toured the UP, ventured into Canada, and took in Detroit’s burgeoning Punk music scene. To be 18 and have a motorcycle is magic. I’m not usually nostalgic, but those were good times.

Summer 1982. A year of hard work and no skills created this.

So, why old Britbikes? Good question. They are hopelessly obsolete, but like rescue dogs, a good saxophone, or the right life partner, they draw you in and get a hold on you. There are bumps in the road of course, but the relationship gets better and better over time. You solve problems with the bike and the bike solves problems within you. Simple.

CHECK OUT: Terrot Reading - The Best Bike I Ever Worked On

Brit bikes were intended to be maintained by the owner. If you are mechanically curious, it’s a great way to learn. Try not to break things, but if you do, every single part is available. How often do you hear that from your parts guy? We are the envy of the industry in the parts department. That’s the good side.

I went everywhere on that Triumph. Also shown, my pal Mark's Chopper.

There is a down side, though. The prices. Popular Brits are expensive right now, about 30 percent too much in my opinion. This is not a deal breaker, though. The market is changing as older riders retire from riding, and not everyone wants an old bike. Upward price pressure is bound to ease, although supply is limited. That said, there are thousands of barn bikes still out there. I get calls every week from people saying, “Uncle Fred gave me his old bike, what do you think?” Never be afraid to ask Uncle Fred what’s in the shed.

Next, don’t bother with a full restoration. You will probably be disappointed and have too much money invested to recoup the expense. That’s the real reason prices are too high. Far better to fix the necessary mechanicals then just ride it. Make improvements as you go and decide if this is really for you. Riding and wrenching on a Britbike gives you the satisfaction of riding something different while preserving a little history with the option to easily unload it if necessary.

Warning, like addictive drugs, you maybe begin to seek more extreme highs. Once the popular Triumph, BSA, and Norton bikes get too easy you will need something more out there. The Panther 650 lurking in the back of my garage is about the oddest thing out there. It’s ”my precious.”  Consider yourself warned.

British bikes have a rotten reputation for staying together. This is partly true, but like any reputation you have to take it with a grain of salt. There are two things that can help you determine if an individual Britbike is worth buying or passing on—neglect and abuse.

1) Neglect, these bikes—the more common ones, anyway—are all pushing 50, even 60 years old. That's really old for a machine essentially built in a shed by a bunch of disgruntled Englishmen. How they’ve been cared for throughout their lives matters is a much better indicator of how the bike will run now than what the factory did or did not do five decades ago. Leaving a bike sit neglected in the corner of a barn, or even worse under a tarp behind a garage, can ruin it much more quickly than riding it hard every day. In fact, much of my professional work is done undoing decades of neglect at the hands of well-meaning previous owners. Remember, these bikes were once new and people expected them to go anywhere without problems. Exactly the same as today! Don't despair though, gently neglected Brits are highly likely to recover.

2) Abuse. Here’s where prejudice can cost you real money. The decline of the British motorcycle industry exactly paralleled the rise of Japanese motorcycle industry, and lots of crabby old timers tried in vain to drag race against “jap crap” bikes having double or triple the horsepower of an old Brit. The mangled remains of many of these bikes are still rotting away here and there, often with an asking price similar to that of a newer, better bike. Run away! A bike that's been heavily abused throughout its life is rarely worth buying unless it's something truly unique or amazing.

Now, the final why. Why invest in a bike that doesn’t have ABS, or even turn signals? The answer? They just feel alive, they make the rider feel alive. The rider/machine feedback is like no other vehicle. This is not rational. Water skiing is not rational, neither is skydiving. It’s like that. The deeper you get the deeper you wish to go.