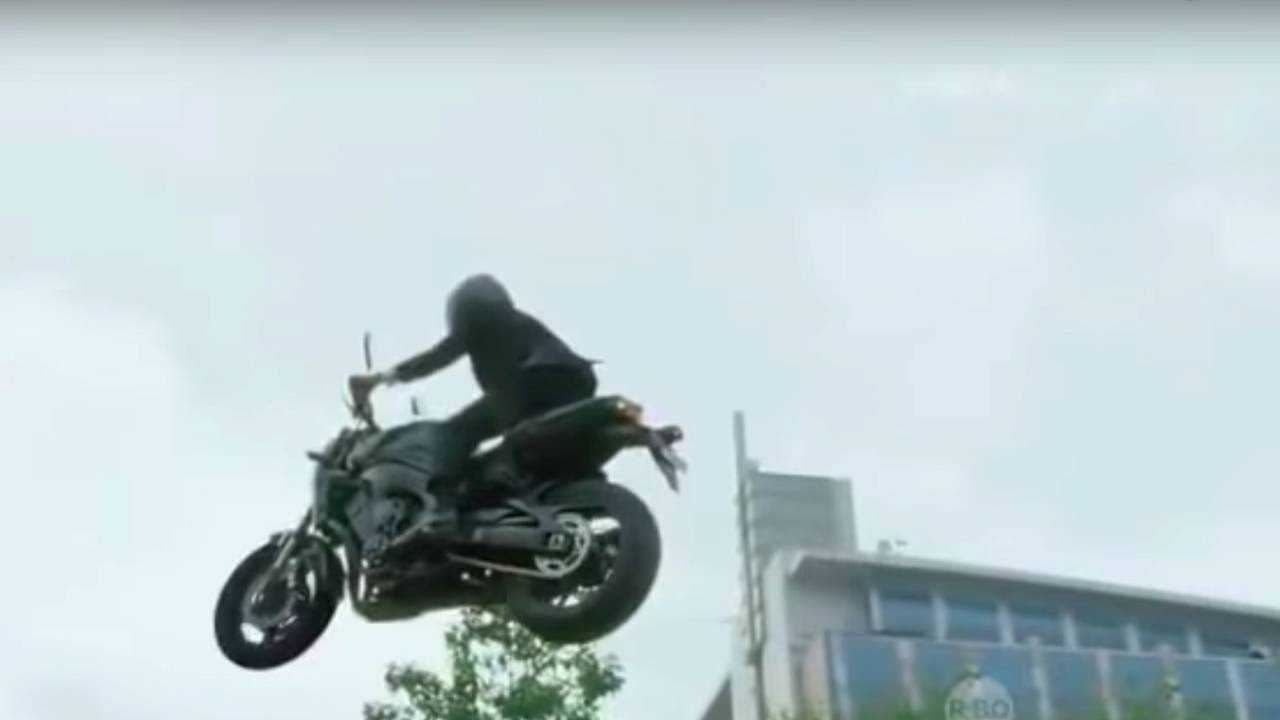 For the Asian Games 2018 opening ceremony, the president of Indonesia, the Games' host country, offered the crowd an entrance worthy of Tom Cruise.

The leader shows up at the Asian Games 2018 in style

In our "World Leaders' Pissing Contest" series, the latest entry is Indonesian President Joko Widodo. After Putin showing off his trike and Turkmenistan President Berdymukhamedov celebrating himself in the cheesiest propaganda video in history, Widodo chimes in with a wannabe-badass video of his own. At least in his case, it's a little less about self-promotion and more about giving the Asian Games 2018 a show for the opening ceremony. The result is no less tacky. TL:DR, the video's at the bottom.

TRYING TOO HARD: Turkmenistan's President Wants You to Know He's a Badass Too

The 18th edition of the Asian Games opened last Saturday with a ceremony to rival the Olympics. The Games, organized every four years like the Olympics, gather athletes from all over Asia. This year's event is hosted in Indonesia, which prompted President Widodo to make a notable entrance during the opening.

It all starts at the presidential palace where we can see the President walk out of the residence in slow motion. There's only a pair of shades missing to make this a total cliché. Widodo steps into his presidential car, surrounded by an entire motorcade of motorcycles, cars, and SUVs, making his way to what we guess to be the Gelora Bung Karno stadium where the ceremony takes place.

RUSSIAN CONNECTION: Vladimir Putin is One of Us: He Rides Bikes

In a combination of epic close-ups and aerial shots, we watch the procession make its way through the streets under the watchful eyes of curious onlookers. That is until the motorcade gets stuck in a crowd of enthusiastic fans celebrating (the Games haven't started, so we're not sure what they're cheering for). We also thought the purpose of a motorcade was to clear the way, but that's only a tiny plot hole.

No way out? No problem! The President has a plan: there's a Yamaha FZ1 and a helmet waiting for him. The helmet visor is conveniently blacked out, you know, so the President can ride incognito (and totally not to allow a stunt rider to take his place). Dressed in a suit, we watch Widodo ('s double) stunt his way through the busy streets in order to reach the stadium in time. He even stops to allow a group of kids through, lifting his modular helmet just in time for the last kid of the group to recognize him (ok just a little propaganda).

ALL THE HATING: Trump Wants Us to Boycott Harley-Davidson

The "President" finally makes it to the stadium with perfect hair and a clean suit like nothing happened. Stunt rider or not, the crowd is just happy to see him appear in the stadium. Hey, at least the guy doesn't take himself too seriously, compared to others. This video is a well-invested five minutes of your time so you should check it out.