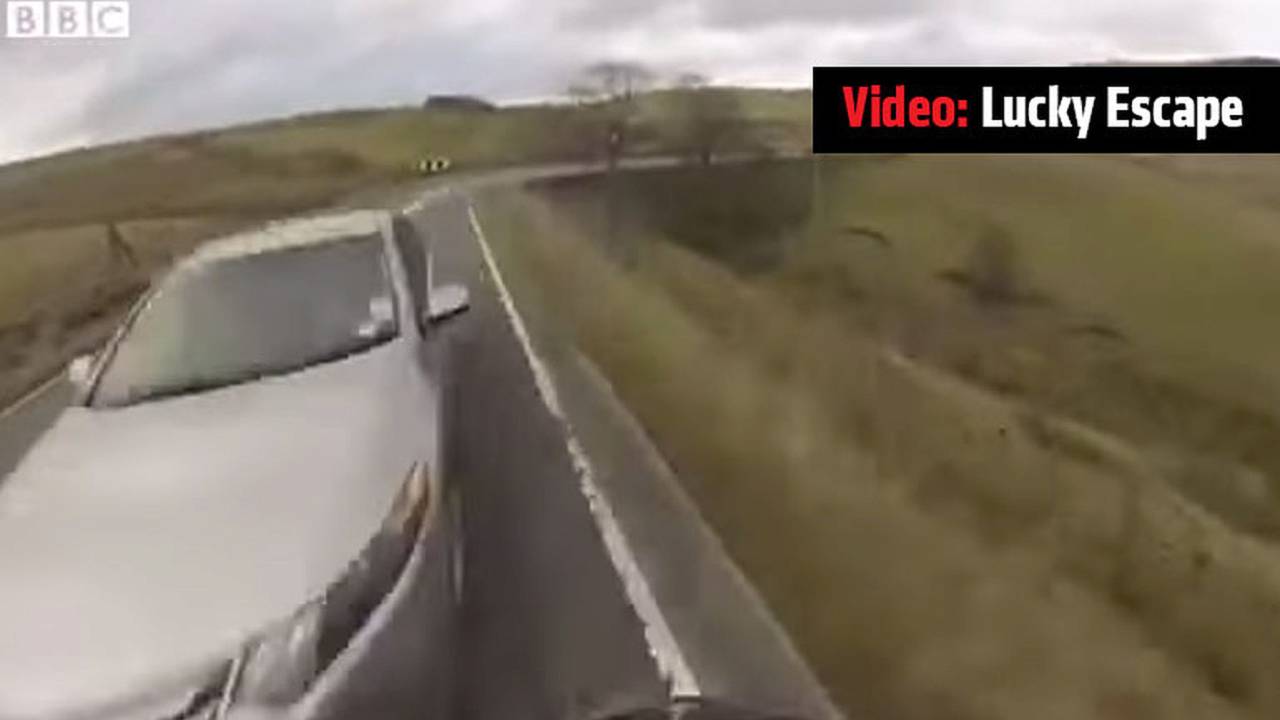 In the UK one rider was able to capture his lucky escape from a miscalculated sweeper and resulted in him doing his best Superman impression.

A motorcyclist has published a video of the moment when he rode off one of Britain’s most dangerous roads and dropped down a 40-foot hill luckily escaping with only minor injuries.

Jack Sanderson was on his Kawasaki Ninja riding on a notorious section of the A537 road in the Derbyshire Peak District. The weather was clear and conditions were dry, but Sanderson admitted he got impatient and went to accelerate around a corner to pass a friend on another bike, but crossed the dividing line to meet a Honda car coming the other way.

A Go-Pro camera fitted to Sanderson’s helmet captured the moment as took avoiding action and was thrown off his bike and then repeatedly somersaulted down the hill.

Sanderson said: 'I was going round the corner and I was going wider and wider and wider. When I saw the first bit of the car I knew I was in trouble. My bike stayed at the top of the ridge and I continued down the hill. If my bike had followed me and crushed me, I would not be standing here today.”

After finding himself at the bottom of the hill, Sanderson got to his feet and walked back up to his motorcycle. His only injuries were mild concussion and a cut hand, which was caused when he grabbed some barbed wire on his walk back up the hill.

Sanderson added: “I can’t believe I walked out of that with not even a broken bone. When I went over the ridge I was like a helicopter spinning.”

Now 21-year-old Sanderson has published footage of his crash on YouTube as a warning to other motorcyclists. He added: “It’s worth sharing the video on YouTube, if it stops others making the same mistake as me.”