Bridgestone Battlax R10: the next big thing in tires? 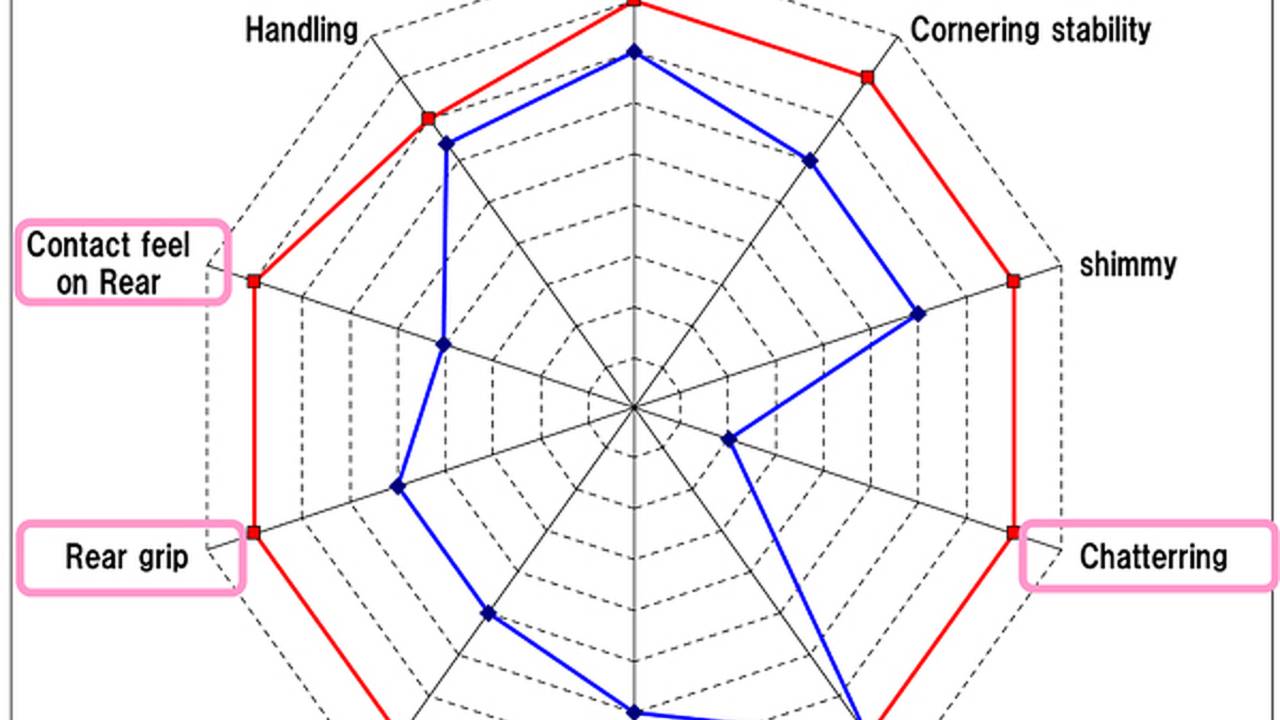 You probably haven’t heard of Bridgestone’s new R10 DOT-approved track tire yet, but if you race or do a lot of trackdays, you’re about to. This could be the next step in tire technology, with Bridgestone going so far as to suggest you should alter the current best-practice riding style in order to wring the most from it. Luckily, one of our racer buddies just got to try them out for the fir...

You probably haven’t heard of Bridgestone’s new R10 DOT-approved track tire yet, but if you race or do a lot of trackdays, you’re about to. This could be the next step in tire technology, with Bridgestone going so far as to suggest you should alter the current best-practice riding style in order to wring the most from it. Luckily, one of our racer buddies just got to try them out for the first time this weekend.

I talked to WSMC racer Derek Eshlemen about the new R10. Derek has ridden the old Bridgestone 003 (which wasn't particularly competitive), the current king of DOT race tires, the Dunlop 211, and he had a chance to try out the new R10 on his 2007 CBR600RR Superstock bike at Willow Springs this past weekend.

"This last weekend I got to test out the new R10 tire from Bridgestone," Derek told us. "I have currently been running the Dunlop 211 Ntec, which is well known to be one of the best tires on the market, but I wanted to see what the new Bridgestone could do.

"I ran the R10 in the hard compounds for Saturday's Solo GTU 20 lap race. I entered this race for testing purposes only and made a pit stop to check the tire pressures after lap 4. For all 20 laps of this race the R10 held the same great amount of grip throughout. We were running the rear at 33psi hot off the track and 32psi hot on the front. I ended up setting the two fastest laps of the race and those were done in the last 5 laps!

"I ran 1 set of R10s for four races on Sunday. I flipped the rear tire after 2 races to maximize the tire life. I was running down in the 1:26 lap times up front with the guys on Dunlops. I did not have any grip issues in the first two races and the tire functioned as if it was brand new. In Race #3 I started to see signs of grip diminishing but it was very subtle and still ended up finishing 1st! The last race of the day the tire was losing a fair amount of grip, mainly “drive grip.” I was sliding the tire a lot coming out of turn 2, 4, and turn 9 but it still took me to a 1st place finish!

"The front is absolutely amazing and is my favorite front offered by any tire company. The carcass is relatively soft but not Pirelli soft. It still offers some feedback but none of the bone chattering kind like a Dunlop. I had total confidence in throwing the bike into turn 9 and using the tire to scrub the speed. It never let me down!

"The thing I always loved about the Bridgestone is how they respond when they break loose. Even though the tire started to move around after three races it was still very controllable and predictable. When the drive grip suffered I resorted to having to stand the bike up more while exiting turns. The side grip did not seem to diminish much at all other than stepping out a couple of times.

"The Bridgestone R10 performed a lot better than I expected. The tire has a lot more drive grip than the BT003 and maintains grip better throughout the life of the tire.

"I was so impressed by this tire that I ditched the Dunlop 211 Ntec and am racing on the R10s! I can finally say that Bridgestone has stepped up their game and now offers an amazing tire for racers. Maybe some of their Motogp technology finally trickled down to their DOT race tires? Best of all, the R10s cost $150 less than the Dunlop 211 Ntec!"

The most interesting thing about these tires is the way Bridgestone claims you'll be able to alter your lines and adapt your riding style to them. The chart basically says you can brake late and deep, turn the bike fast and cut a tighter line. I would usually look at these charts with a lot of skepticism, but after Derek's first hand account, I think some of this is actually believable. Once Derek has some more laps on them, we'll see if he's altered his riding style to suit.

Availability may be dodgy while Japan recovers from tsunami damage, but Veits Performance has 120/180 and 120/190 sizes in stock and for sale for $380 and $390 respectively.