White Knuckle - The Story Of The Motorcycle Cannonball, is a movie about bad assery that rival mountain men and prehistoric nomads, except these guys have welders and motorcycles.

Like a mud-run or a triathlon, many people shy away from what is scary, hard and takes a considerable amount of hard work. For the men featured in the movie White Knuckle (created by Atomic Hot Rods) a three week cross country wide-open-throttle sprint on pre-16 motorcycles was anything but easy.

Pioneered by the late Erwin George "Cannon Ball" Baker, the Cannonball was the first cross country race across america on a motorcycle. Factor in that roads were still in research and development in major cities and that Mr. Cannon Ball was on a motorcycle traversing uncharted territory much like those on the Oregon Trail and you have a feat modern riders wouldn't even dream of undertaking.

While the participants in this film have the benefit of paved roads across the country, the only thing between them and their destination (California) is their own personal fortitude and mechanical know how.

What takes place in this one hour documentary is nothing short of genius. Sure there is no AH-HA! discovery moment during the film, but what does take place is constant perseverance to overcome any obstacle. Belt snapped for the tenth time? No problem, pop into a local leather shop and see what the master craftsman can whip up for eight bucks. Experience a few tire blow outs? That's ok. Pull over, disassemble the rear end, perhaps rethread the wheels, reassemble and be on your merry way. Missing a few key 100 year old parts? Not an issue at all. Pop into your local two-wheel museum and see what they have lying around. You're bound to find something. 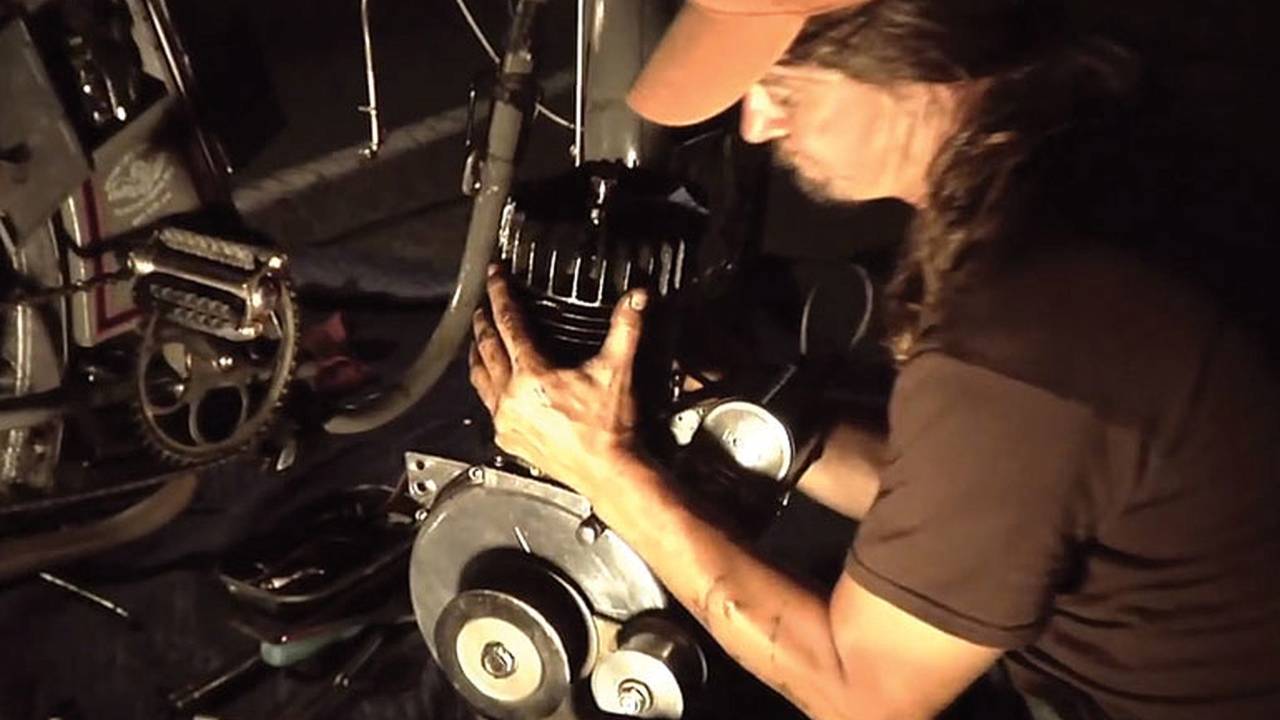 There really wasn't anything stopping these guys from completing their mission to travel from sea-to-shinning-sea at 40 mph. White Knuckle is a wonderful history lesson to see how complex these first bikes were and to witness how broad each rider's mechanical improv skills had to be. Fashioning bearings from the back of a van, reassembling a motor on a dashboard so as not to loose time; these are just a few examples of the extreme measures taken to pilot across the country on these brilliant machines.

Proving that no matter what era these pioneering bikes were conceived in, they can still accomplish something amazing. And, it also begs the question; "How the hell did Erwin do it alone?!"...without a van, welder, spare parts, motels and paved roads?