In the Curve: Why Sturgis? 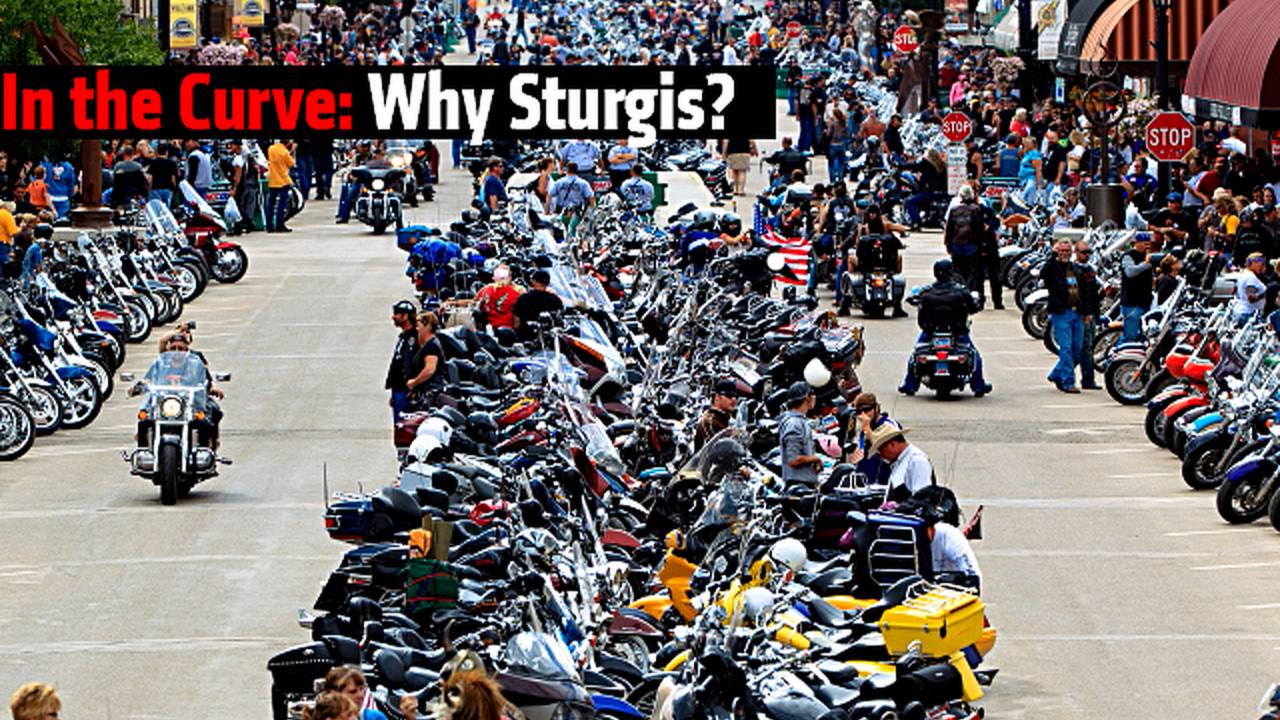 In the Curve: Why Sturgis? We hear this a lot in our comments, ‘Harley riders suck’ and, when you’re hiding behind a wall of anonymity, it’s easy...

We hear this a lot in our comments, ‘Harley riders suck’ and, when you’re hiding behind a wall of anonymity, it’s easy saying that type of thing.  But, come on, where’s the brotherhood and love for other riders?

Motorcycle culture has changed a lot since the ‘60s and ‘70s, nowadays, it’s become a brand vs. brand or culture vs. culture, without the groups really mixing.

Next week, we're heading out to Sturgis - the world's biggest motorcycle rally - to find out if there are any real riders out there and if there’s more to the event then just a bunch of middle-aged cruiser riders and scantly-clad ‘biker chicks’.  I hope so, as a youngish guy, I still like to ride cruisers just as much as sport bikes and ADVs.

I understand the hate for Harleys, even though I grew up riding them, and my first road-legal bike was a Harley I built with my father. Not all cruiser riders, especially guys on Harleys, are bad, but we’ve managed to create a stigma against ourselves. Either by our own doing alone, or a combination of media, branding as well as our own actions.

Riding a Harley used to be about individuality. No, not a hipster individuality portrayed in motorcycle apparel  commercials, but about riding something that was yours.

They weren’t the fastest, best performing, or even the most comfortable of bikes, but a Harley was your own and you can't take that away.

It was almost a good thing that Harley's didn't perform as well as some of the metric and Euro sport bikes – it kept them one step further away from the norm. That anti-establishment attitude - picking the bike just to make a point against the mainstream. Plus, it meant more work in the garage to make them faster and better.

Easy to work on, Harley riders used to be about building their own stuff without caring what others wanted you to ride - or giving a damn about anything else. A culture of like-minded individuals that rode and worked on their own stuff.

I'm going to Sturgis and I have a few questions: Is Sturgis filled with the guys who just like to hear their own pipes or actual, true riders? How many import bikes show up at America’s largest motorcycle rally? Is Sturgis less about the flame-throwing bartenders and more about the riding?

Sturgis started as a series of motorcycle racing events, hill climbs and flat tracking endorsed by a Sturgis, South Dakota, Indian motorcycle dealership. The reasons that Sturgis has grown - and this is debatable - are the places and races. South Dakota has some of the best roads, weather and scenery in the entire country, or so I’ve heard.

Yes, there's Main Street but all of my friends who’ve been before suggested exactly what I was thinking of doing anyways.

“Go through Main St. just to say you did it, but don't even put your kick stand down - just keep going.”

There are better destinations within a couple hours of the city of Sturgis - Devil's Tower, Badlands, Crazy Horse memorial and Mount Rushmore, to name a few. Places you can actually get out and ride to, away from the booze and crowds.

While some of the AMA stuff won’t be there during the week – the AMA Supermoto Main St. race is in September - there’s still plenty to see, like the Wall of Death as well as crowd pleasers like hill climbs and flat track racing at the Buffalo Chip. Sturgis is like the opposite of FOMO, it’s all about deciding what to miss.

Indian and Victory are hitting Sturgis hard by unveiling a few new 2015 Indian models and giving away Victory motorcycles. Harley will be there with their new electric bike, but most of the import companies like Kawasaki and Honda, despite the fact that they make cruisers, will not be in attendance.

I'm determined to visit Sturgis and have fun first off, but also show you guys where the real stuff is, despite the manufacturer, brand of bike or riding style. The real riders. Real guys who either build bikes their own way, or ride them their own way, come hell or highwater.

So, what do you want to see from Sturgis coverage? What questions do you want answered? Tell us in the comment section below.