27 technologies that made the CBR250R possible 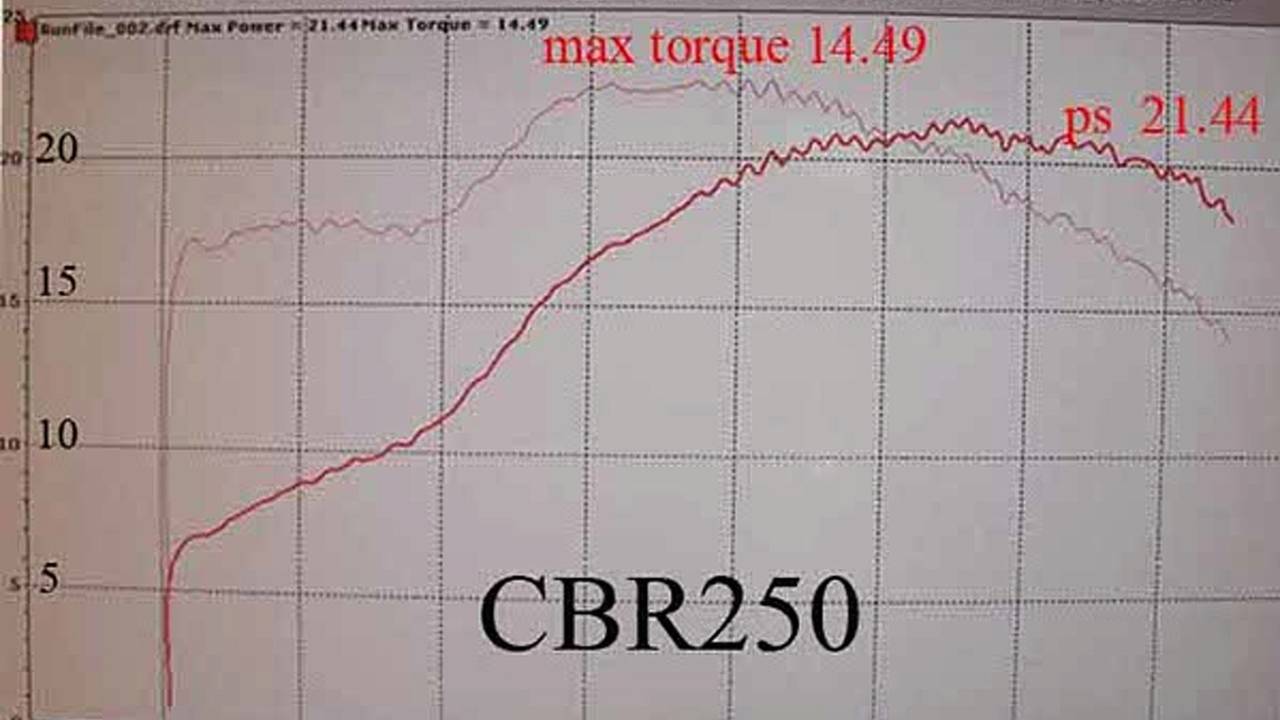 Here’s a look inside the technical solutions that made the CBR250R possible.

The Honda CBR250R isn’t just a bunch of existing parts cobbled together to create an affordable package, it’s an all-new motorcycle specifically designed to combine low-cost Thai manufacture with a product that fits into Western ideas of quality and performance. All that and it has to meet global emissions standards that, in 2011, are tougher than ever. Here’s a look inside the technical solutions that made the CBR250R possible.

Noticing a bit of a CBR250R love affair on HFL this week? Well, in our opinion, it’s the most significant product to enter the American market in 2011. That’s right, not another liter bike or adventure tourer, but a humble little four-stroke, $3,999 250 that looks more than a little like Shamu. Why? In the last two years, the American motorcycle market has fundamentally changed. Boomers, who were the lifeblood of the industry, have begun to age out of riding a decade earlier than predicted as their ability to purchase bikes they couldn’t afford (like Shamu) dried up along with free credit. That’s left the industry up the proverbial creek without a paddle. An entire industry geared towards selling high-end products to existing customers suddenly found itself without those customers. The CBR250R? Thats the paddle.

Last week we reported that JD power had identified that the average age of a motorcycle buyer in the US had increased to 49 years old and concluded that reaching younger customers was the key challenge now facing motorcycle makers. This Honda represents the first of what we hope is a sustained effort to actually reach those new,  young customers. If this bike is successful — and it should be, the Kawasaki Ninja 250 was the fifth best selling bike in the US in 2009 — then it will prompt other manufacturers to, in the short term, import similar bikes like the Yamaha YZF-R15 and, in the long term, even design small capacity bikes with American youth market tastes in mind. That’s right, this CBR250R could lead to Honda eventually selling a small or mid-capacity UJM, cafe racer or similar in the US market.

The main criticism leveled a the CBR250R is that it makes less power than the long-established Kawasaki Ninja 250. The Honda only makes 26bhp to the Ninja’s 31. But, look at these dyno charts (via ThaiVisa) of the two bikes and you can see that the CBR enjoys a fuller mid-range, which should make its limited performance easier to exploit, especially for new riders.

So, onto the technology. These two PDFs will walk you through the basics.

Powerful braking capabilities come via a front brake consisting of a twin-piston floating caliper clamping down on a large, 296mm floating disc and a rear brake consisting of a big 220mm disc and a single-piston caliper. As an option, the CBR250R can be had with Combined ABS, which combines a front/rear-wheel interlocking brake system with an anti-lock brake system (ABS). This Combined ABS is a Honda-original brake system in which the front/rear-wheel connection generates a braking force distributed between both wheels when the brake pedal is actuated. However, for a more sporting response, when the front brake lever is applied, the front brake alone functions independently without actuating the rear brake.

The CBR250R with Combined ABS features a three-piston caliper in front, front/rear wheel speed sensors that detect the condition of the vehicle, and an ABS modulator with a built-in Electronic Control Unit. The ECU processes information from the wheel speed sensors and controls the flow of hydraulic pressure to the caliper. This advanced braking performance was achieved with an eye toward optimal handling by placing heavier items, such as the ABS modulator, near the bike’s center of gravity.

With the CBR250R chassis, Honda’s engineers targeted agile handling, solid tracking and sporty, responsive steering traits as key objectives. Toward that end, the newly developed lightweight and compact engine, a short 53.9-inch wheelbase, an optimized front/rear weight distribution, and a focus on mass centralization all helped shape the CBR250R into a handling star. At the same time, weight reduction and reduced vehicle vibration were achieved by optimizing the position of the engine mounting points and the frame rigidity/flex balance.

The CBR250R engine bolts up to a diamond-configuration truss-braced twin-spar tubular steel frame that is lightweight while also offering plenty of frame rigidity for optimal handling. The 37mm front fork offers a generous 4.65 inches of travel, and the Pro-Link® single-shock rear suspension uses a linkage system to provide rising-rate travel characteristics for a soft, comfortable ride during the initial portions of travel, with the damping forces increasing progressively as wheel travel is extended. In addition, the shock offers five-position spring preload adjustability. Together, these components combine to provide impressively agile handling along with rider comfort.

To reduce the flow of blow-by gasses and minimize oil consumption, a spiny sleeve design was adopted for the cylinder sleeve. With this configuration, small spines have been added to the outer surface of the cylinder sleeve to improve cooling performance and help reduce distortion of the cylinder’s inner shape. In addition, centrifugal casting allows a thin, uniform wall thickness, which aids weight reduction.

To fulfill such sport performance requirements with an eye toward efficient operation, a dual overhead camshaft layout was selected as the valve actuation system. DOHC designs improve combustion efficiency by reducing the weight of the reciprocating portion of the valves. This design also allowed Honda’s engineers great freedom in choosing the included valve angle, the port shape, and the shape of the combustion chamber—all key elements for optimal performance. In addition, the choice of a DOHC configuration contributed to improved product appeal as a sports bike as well as adding sheer performance.

In the CBR250R’s valve train, a roller rocker arm was adopted in combination with the DOHC engine configuration—a world’s-first application that has been patented. This unique combination produces a low-friction valve train with a smaller cylinder head and an ultra-compact layout for the roller rocker arm. The choice of a shim design for valve tappet adjustment reduced the rocker arm weight, while internal engine friction was further reduced by setting the valve spring load to a low level. For ease of maintenance and reduced operating costs, the valve shims can be replaced for valve adjustment maintenance without removing the camshafts. This design also allowed the engineers the freedom to incorporate a pent-roof combustion chamber with a narrow included valve angle for enhanced combustion characteristics.

The gallery below demonstrates other CBR250R technical features too.