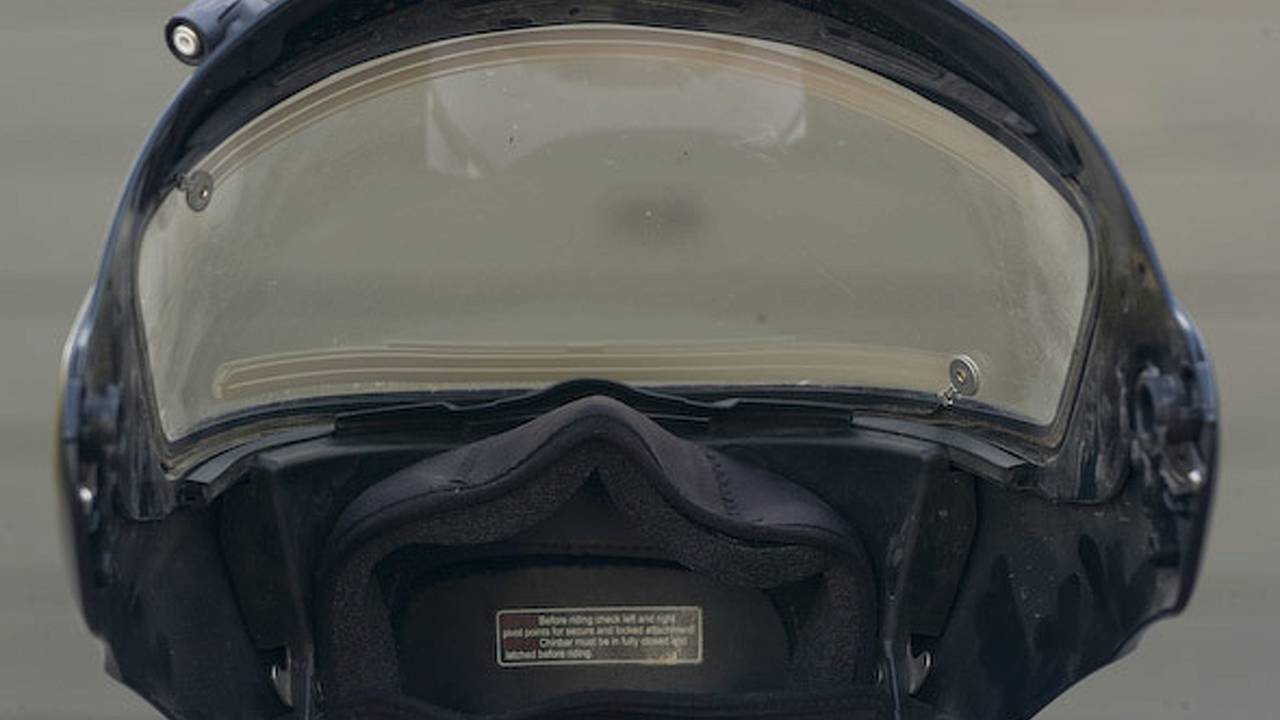 There was a time when I saw Scorpion helmets and turned up my nose, assuming it was so cheaply made I’d invariably break a lid just by trying one on. However, the EXO-400 I purchased for our Labrador expedition opened me to a brave new world. Somehow, that $130 Scorpion managed to be nearly as comfortable and functional as the much more expensive AGV GP-Tech I was wearing at the time, except I d...

There was a time when I saw Scorpion helmets and turned up my nose, assuming it was so cheaply made I’d invariably break a lid just by trying one on. However, the EXO-400 I purchased for our Labrador expedition opened me to a brave new world. Somehow, that $130 Scorpion managed to be nearly as comfortable and functional as the much more expensive AGV GP-Tech I was wearing at the time, except I didn’t panic every time the EXO-400 got dinged. Scorpion’s $320 EXO-900 Snow Ready is a modular helmet that may be meant for snowmobiling, but it also might be the best damned helmet for any winter riding, regardless of price.

Sure, but you look like a wannabe cop. What’s so great about it?

I’ve been all over the west coast this winter in all kinds of conditions and the EXO-900 Snow Ready never once got uncomfortable and never came close to fogging or icing over. That includes hooning Urals in the snow-covered fire roads of Mt. Baker, taking a Diavel at night up through the freezing cold San Bernardino range, spending a 30-degree day on the Honda Rubicon in the forest trails surrounding Lake Arrowhead, riding the KTM 990 Adventure above 8,000 very icy feet in the Sierras as well as the dusty Angeles range, plus the gritty hot canyons and bitter cold nights of Death Valley.

Built like a tank, the Snow Ready is a beefier adaptation of Scorpion’s street model, the EXO-900 TransFormerHelmet. The differences are all within the face canopy. The Snow Ready canopy comes standard with a vented visor, fitted breath box and EverClear coated anti-fogging electric shield, but retains the TransFormerHelmet’s ECE-22.05 and DOT-approved shell with inflatable pads and a communications door for connecting chatterboxes.

You know what happens to the visor when I try deliberately fogging it up with heavy breathing? Sweet nothing. Know why? The Snow Ready’s breath box sports a 1/2" of foam liner on top of the stretchy neoprene that can be shaped to your face. Even better, the breath box is replaceable. Between the breath box and the shield’s EverClear anti-fog coating, the system works so well you only need to heat the shield under the most extreme conditions. In fact, I haven’t needed to plug the shield in since the Mt. Baker trip with Andy and Thor on the Ural M70s.

All the mechanics of the the modular EXO-900 platform are incredibly simple, with elegant solutions that make other modular helmet designs I’ve fiddled with feel downright dumb. Opening or closing the air-vents while wearing heavy winter gloves is the easiest I’ve experienced. Opening the hinged chin vent and forehead vent requires pushing the upper section in like a button. Want them closed instead? Sure, just push the lower protruding side back down. Opening the rear vent is even easier- push out the rear wing and you’re done.

Once you’ve opened the vents, airflow is immediately noticeable even at lower speeds. My AGV GP-Tech isn’t that good.

The canopy removal system is rugged, simple and fast, unlike my older, much more expensive Shoei Multitec that requires tools and considerably more time to remove the canopy. I never fumble the latch to flip up the Scorpion’s modular face canopy. No matter what glove I’m wearing, I immediately hit the latch every time, which I certainly can’t say about that Multitec now gathering dust in the garage.

The slide for the Scorpion’s sun visor is intelligently located on the left, just behind the canopy hinge, and is about as difficult to operate as combing short hair.

This love-fest is great and all, but the thing can’t be perfect. Fess up, now.

Okay, I’ll admit it. Now that I’ve taken the Snow Ready with me everywhere through torrential rain, sleet, flurries and even dust clouds, there is one teensy, tiny nagging issue I have. The shield doesn’t offer a huge field of vision and causes light refraction under certain circumstances that can be a real pain. This is most annoying at night in heavy traffic while there’s moisture in the air. Even a heavy mist turns the 405 into a giant kaleidoscope like one of those silly drug scenes in Easy Rider. Is that kind of vision impairment a safety issue? Not really, but it does mean I have to bring it down several notches on the lane-splitting.

Also, riding into the sun on really dry trails can suck if the dust has time to build up into a thin film on the shield. If that happens, going fast on tight twisty tracks is next to impossible, but it doesn’t get so bad that I ever have to stop because I can’t tell where I was going.

That said, keep in mind the Snow Ready wasn’t designed for use under either of those conditions in which I’ve had problems, so I can’t really fault Scorpion since it offers the EXO-900 TransFormer for the street, sans breath box.

Also, Snow Ready is by no means an ultra-light, but also doesn’t feel any heavier than the Multitec. Personally, I’ve never felt the weight to be an issue while riding. Then again I don’t really care, because if I’m cruising on I-10 with the 990 or the SuperTenere, the flat black version makes me look like a futuristic riot cop. Which is great for scaring the bejeezus out of dullards in traffic taking up too much room between lanes. Superficial perhaps, but totally effective at clearing a path like Moses parting the Red Sea.