The motorcycle market according to Ilya 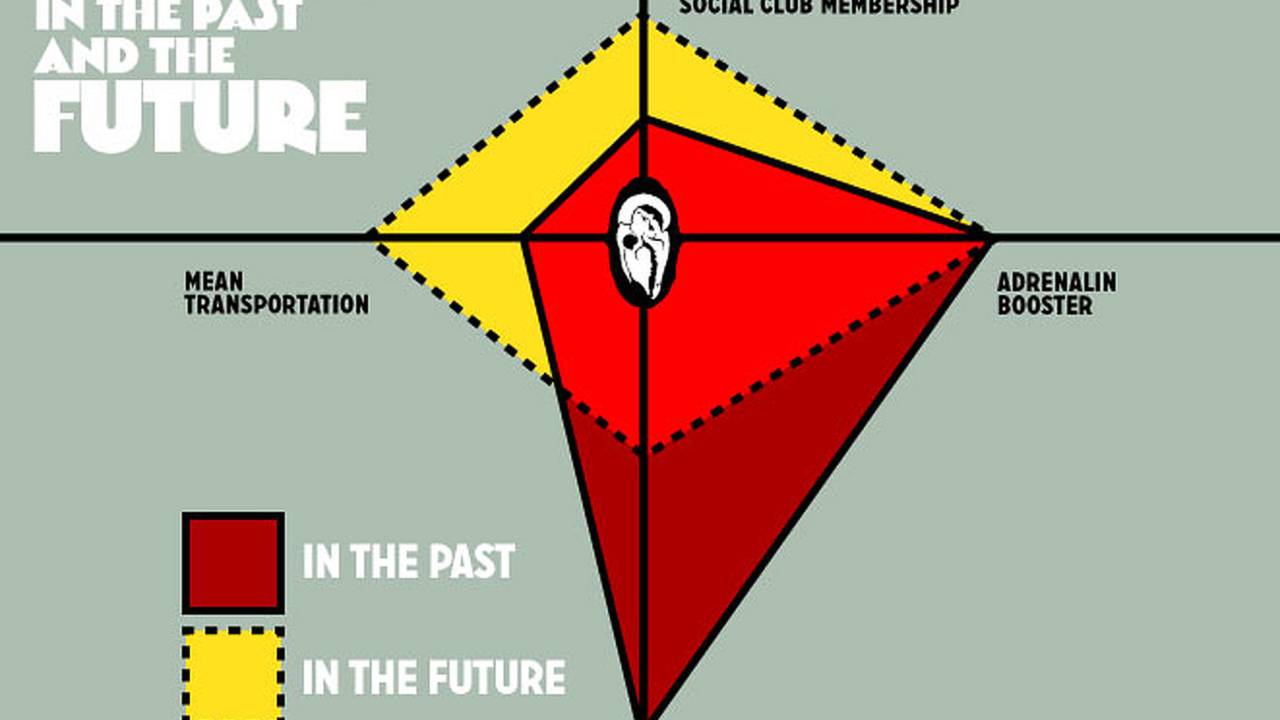 You’ve never heard of Ilya Khait, but you’ve definitely heard of his products. Despite selling only something in the region of 550 sidecars and motorcycles in the US a year, Ural enjoys a media and cultural presence that’s the envy of companies many times larger. You know what a Ural sidecar is, you’ve read articles about them, you’ve watched YouTube videos of them performing incredible ...

You’ve never heard of Ilya Khait, but you’ve definitely heard of his products. Despite selling only something in the region of 550 sidecars and motorcycles in the US a year, Ural enjoys a media and cultural presence that’s the envy of companies many times larger. You know what a Ural sidecar is, you’ve read articles about them, you’ve watched YouTube videos of them performing incredible feats, you’ve seen them in movies and you’ve likely seen their ads. You understand their appeal. Can you say the same of a much larger company like Kymco, for example? A big part of the reason you answered “no” is the savvy marketing and direction that comes from Ilya and the company’s other half, Madina Merzhoeva. Here, Ilya’s made a little sketch for us illustrating where the motorcycle market was and where it’s going. While larger makers are still chasing Boomers, this is the first time we’ve heard the head honcho of a motorcycle company acknowledge and articulate what happened to the market over the last three years.

Ilya sums up the fundamental shift that’s occurred in the motorcycle market since the financial collapse of 2008 with these observations:

"1. The worst news from overall ugly industry statistics is that motorcycle consumer aged by ten years during the last ten years. This means that the motorcycles have been and are being bought by (literally) the same people. In ten years these people will turn 60 and the motorcycle industry ends there."

"2. During the last decade, the motorcycle industry operated in the paradigm that is described/shown in the right lower sector of the diagram — the adrenalin boosters for machos. But this all stopped working now."

"3. The new generation does not need machismo to express their individuality. And there are a lot of new ways for them to express themselves other than riding a motorcycle. In this sense, motorcycling began to compete with some of the things that weren't around even five years ago. Seven hours a month spent on Facebook (or whatever the actual average numbers are) is seven hours taken away from other types of activities, including motorcycling."

"4. Right now there are a lot of discussions that the reason for fading interest in motorcycling is the idea of motorcycle as a form of transportation was not promoted. There is some truth to that, but only to a certain degree. It is difficult to imagine that the utilitarian side of motorcycling will become the fundamental motive for becoming a motorcyclist. If you are so concerned about your fuel expenses, it's cheaper, safer and simpler to take a bus or a subway, ride a bicycle or walk."

"5. Even more difficult is to see a macho who commutes on a scooter to work. What we are trying to say here is that counting on promoting motorcycling as a practical means of transportation without offering a different emotional component and social context will not work. The question is what that emotional component and social context should be."

"6. For younger generation, motorcycles will serve less as a tool for self expression and more as a way for finding a group of the like-minded peers. That's why we think the future of motorcycle industry is impossible without finding the ways to facilitate this need. “Social club membership” may not be the perfect term, but this video is what I mean:"

We went on to ask Ilya what his graph is telling us about the motorcycle market’s next 10 years:

"We don’t know yet, but here a few things that may happen."

"1. New units market will be flat (or growing very slow) for some time and than continue to decline."

"2. Used motorcycles market will continue to be strong."

"4. Manufacturers will have to address the cost issue, although we don’t see how."

"5. Traditional sales channel is too expensive for manufacturers. Manufacturers will try to downsize the dealer network in order to be able to provide higher sales volumes for remaining dealers in exchange for lower margins."

"6. All manufacturers will try to break into the viral and social media marketing. Some of them will succeed and some not."

"7. We’ll see quite a few attempts to bring relatively inexpensive low-displacement motorcycles made in Asia. Sooner rather than later they will realize that it’s tough business to make money in."

We also asked what trends he’s observed that have informed this analysis:

"1. Continuing aging of the motorcycle population - it can’t be explained exclusively by the bad status of the economy."

"2. Decreasing motorcycle sales for 4 years in a row — the decline actually started well before the recession."

"3. Drop in sales is widespread – it affected not just a specific type of motorcycle or make."

"5. Decline of the traditional and blooming of the Internet-based industry publications — with latter offering club-like atmosphere for readers."

"6. Developments in other industries dealing with recreational activities. For example, snow boarding vs. alpine skiing. This is very interesting example. Pretty much the same type of activity, but it’s widely perceived that the first is for younger crowd and the second is for older. Why?"

Ilya concludes with, “At the end somebody will find a right way to talk about motorcycling with the younger crowd. Or, more precisely, the younger crowd will decide who they want to listen and talk to.”