‘We are a tough people’ riding motorcycles in Colombia 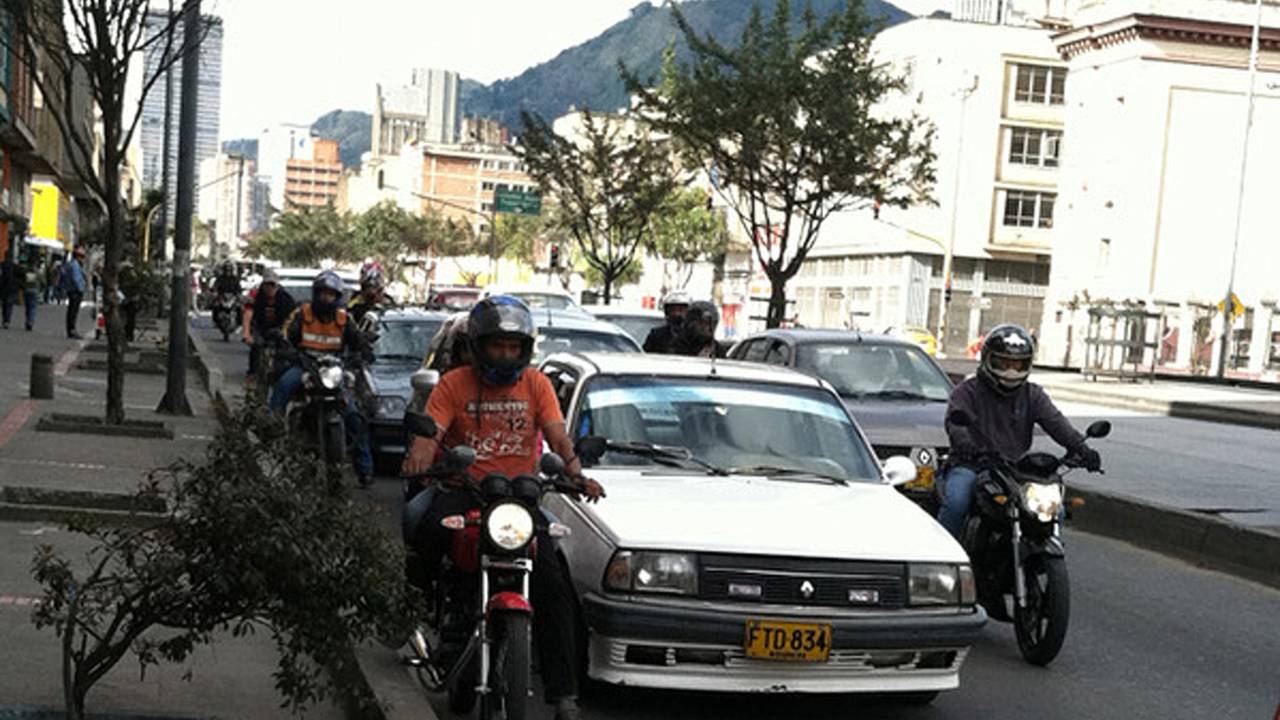 American motorcyclists often fancy themselves the most capable, fastest, toughest and most daring on the planet (humble lot are we). Our rocketship sportbikes, huge displacement cruisers and tank-like adventure tourers boast customized performance and an array of after-market farkels that are the envy of motorcyclists in much of the rest of the world. From desert enduros to transcontinental Iron B...

American motorcyclists often fancy themselves the most capable, fastest, toughest and most daring on the planet (humble lot are we). Our rocketship sportbikes, huge displacement cruisers and tank-like adventure tourers boast customized performance and an array of after-market farkels that are the envy of motorcyclists in much of the rest of the world. From desert enduros to transcontinental Iron Butts we do indeed hold our own. Well, I have news for you, my brothers and sisters – the motorcyclists in Colombia have none of that and can still eat us for breakfast.

Colombia has a population of nearly 40 million people. It is almost twice the size of Texas, with more than a third of its territory covered in mountains. It only snows on a handful of its Andean peaks. The majority of Colombians cannot afford cars. What does this mean? The climate, terrain and economy make the motorcycle an ideal form of transportation. Millions of Colombians ride motorcycles on roads that are as twisty and beautiful as they are unpredictable and chaotic.

A very quiet afternoon on Bogotá’s Avenida Caracas, one of the city’s most congested avenues. Officially a two-lane road, cars and motorcycles routinely improvise three or four ‘streams’ of traffic.

Much to the chagrin of drivers, Colombia’s cities literally buzz with bikes — like angry mechanical bees they bob in and out of traffic with a tenacity and dexterity that put Californian lane-splitters to shame. And while you can certainly find plenty of Harleys, BMWs and Japanese sport bikes in the country’s wealthiest neighborhoods, most Colombians ride small displacement motorcycles made in China, India and Japan. And they ride the snot out of them. They ride practical, fuel efficient and easy to maneuver motorcycles — Bajajs, Lifans and AKTs — brands you’ve likely never heard of. But, once you’ve seen them in action, you gain a new respect for such machines. You feel the moto-Jones — you know that if you lived here you’d would want a bike like this too. Like motorcyclists everywhere, their owners customize and decorate their bikes with stunning creativity and creole improvisation: big bore jobs, custom tuning, wild paint, suspension tweaks and improvised cargo racks abound. I remember seeing Colombian motocross bikes sporting hybrid tires and street wheels long before supermoto became a discipline and market segment in the U.S. and Europe.

One of many wash-and-detail-while-you-wait businesses in La Favorita (full service 12,000 pesos or about $6 USD).

During the darkest years of the ‘80s and ‘90s, the Colombian motorcycle also became an unfortunate tool for assassination and violent crime. In their ongoing war with the state, the heads of the Medellín and Cali cartels infamously used motorized sicarios or hitmen to liquidate competition, policemen and troublesome politicians. To this day, many Colombian drivers pay special attention when two-up motorcyclists appear alongside them. While most American motorcyclists have had to put up with rude gestures from drivers and the occasional ‘you’re going to get yourself killed on that thing’ from friends and family, our peers in Colombia endure a stigma that we cannot imagine, one that makes our ‘badass rebel’ Harley pirates and squid kids seem like some kind of sick joke.

Instead of having dealerships scattered about town, Colombia’s larger cities host entire districts dedicated to motorcycles (there are similar districts for all kinds of other products as well, from pet shops to appliances). Bogotá has la favorita, Cali has la quince con quince and Medellín has la bayadera. These are always located in sketchy parts of town, not the kind of place that middle-class Colombians or foreigners tend to frequent (but boy are they fascinating — you just have to be careful). Bogotá’s motorcycle district occupies twelve square blocks, where hundreds of motorcycle-related businesses stand shoulder to shoulder, from repair shops and dealers to motorcycle washes, accessory stalls and moto-themed lunch counters. These districts are a hive of activity that echo with exhaust notes, loud music and the sounds of tools on metal. Just as we do, Colombian motorcyclists congregate in these places to wrench, kick tires and share stories of their moto exploits. Colombians are terribly friendly, and without exception the people I’ve spoken to in these neighborhoods are always thrilled to see an American interested in their world. They love talking motorcycles and offer fanciful explanations about what makes the Colombian motorcycle scene so special. Juan David Franco, the owner of a small repair shop in Bogotá called Geo Motos La 16, explained it best: “Colombia is a resilient country, we are a tough people. We have to be, and we ride our motorcycles the same way.”

Dr. Corey Shouse Tourino is a professor of Latin American Studies at St. John’s University in Minnesota. He is a former Fulbright scholar to Colombia and specializes in contemporary Colombian literature and film. He also rides a beautiful red Ducati with enormous chicken strips.