How to shoot pedestrians with your motorcycle 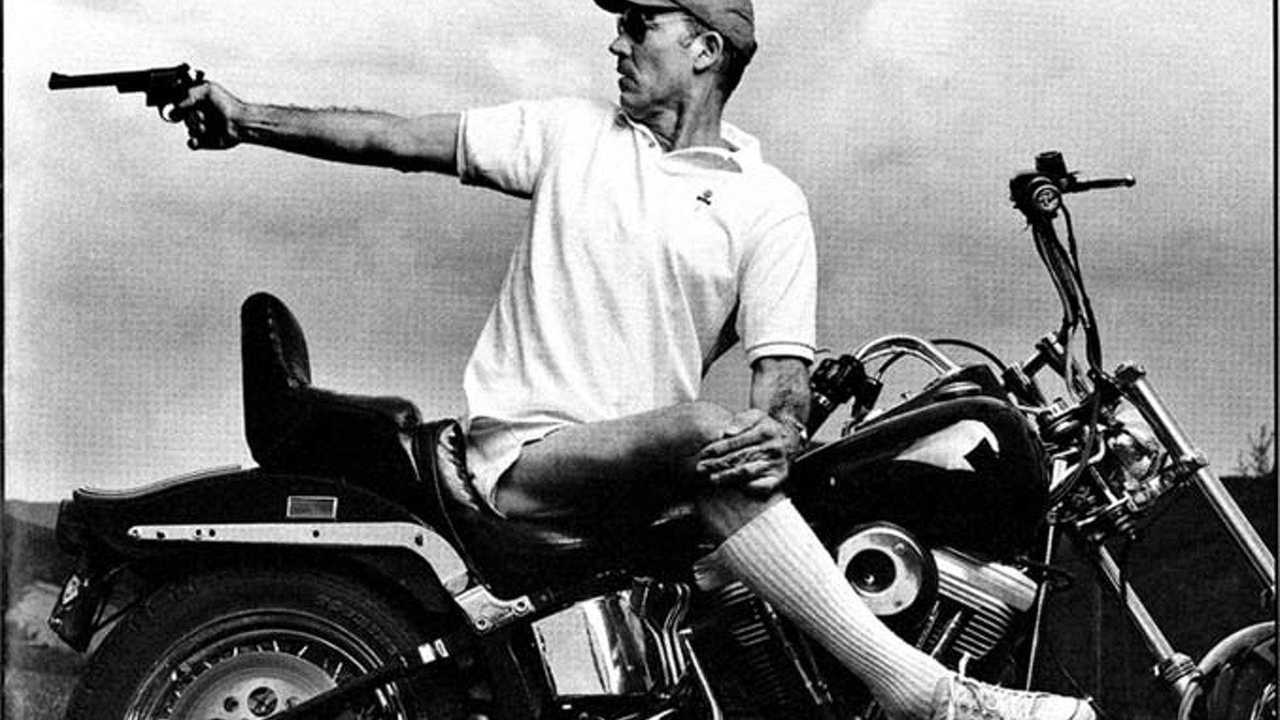 Just over a month ago, there was much fanfare about two bikers in San Luis Potosi, Mexico, who incited riots with their motorcycles’ exhausts and who were eventually charged with terrorism. It is worth mentioning that San Luis Potosi has been hit with drug violence, and that its residents were already on edge. Still, terrorism? Juan Ramon Munguia and Enrique Trevino Rivera were leaving work o...

Just over a month ago, there was much fanfare about two bikers in San Luis Potosi, Mexico, who incited riots with their motorcycles’ exhausts and who were eventually charged with terrorism. It is worth mentioning that San Luis Potosi has been hit with drug violence, and that its residents were already on edge. Still, terrorism?

Juan Ramon Munguia and Enrique Trevino Rivera were leaving work on their motorcycles. Their popping exhausts spooked a nearby crowd of people celebrating a Holy Week event. Enough people in the crowd thought the bangs were gunshots to cause a stampede out of the square. The streets were crowded with vendors, and some people were trampled in the ensuing confusion. Every news report we’ve seen says Munguia and Rivera were just revving their engines at a standstill, though there has been some speculation that the “gunshots” were deliberate. Reports state that the police beat them senseless after their arrest, and the two could face up to 20 years if convicted of the terrorism charges.

It made us wonder—could anyone honestly mistake the sounds a motorcycle makes for gunfire? Yes, they certainly could, though maybe not when the bike is at a standstill. There is an old trick to do a perfect gunshot imitation with any carbureted bike that’s on the move.

1) Ride a warmed-up (hot) bike in gear with the engine above 3500 RPM. Turn off the red ignition safety switch on the handlebars and open the throttle all the way.

3) Close the throttle and turn the ignition switch back on.

We used to do this all the time with our old Honda Interceptor (if it doesn’t create an back explosion—technically called an afterfire—administer more RPM). The open throttle fills the exhaust canisters with the unburned fuel charge, and when the ignition comes back the hot gases from the combustion stroke ignite the vapors. One satisfying explosion, at your service.

It’s tricky to get the timing right at first, but after a few minutes it feels natural and then you’ll be shooting pedestrians and riding buddies galore. Just make a gun with your black glove and make it recoil when you turn the ignition switch back on. To see how convincing this can be, check out this ancient video by Fast Bikes.

Even if there aren’t enough of them to cause a stampede, shooting pedestrians isn’t the nicest thing to do, and could possibly damage your bike’s exhaust or valves. However, it is terrifically amusing to shoot your riding buddies or make a big explosion when you ride up to an unsuspecting friend alone at a traffic light. KABOOM!

Note: The threat of exhaust / valve damage is real (though my old Interceptor held up to it hundreds and hundreds of times). I was speaking with my father about intentional backfires, and he had this to say:

I used to do this all the time in the old days - until I blew a hole in the exhaust coming down the long hill into Bath when backfiring right next to an old guy riding a pedal bike up the hill; the bang almost killed him, especially since the band was then followed by the unsilenced exhaust noise.... It was an expensive joke.

BluSTi on Ducati.ms had this to say in my response to the “How bad is it to shoot pedestrians with my Carby SS” thread I started:

"I used to make my mustang backfire, with no problems. My friend got his key stuck while backfiring his 67 el camino and blew both of the mufflers apart, completely split open."

I think if you do it for a moment, it wouldn't be too bad, but since the exhaust is so short on the bike, too long would be a hell of a problem for your valves.

So make noises at risk of bent valves, blown-apart exhausts, and terrorism charges.