The F-150 is the most successful pickup line of all-time and one of the best-selling vehicles ever. Here's our first drive review of the 2013 Ford F-150.

The F-Series is the most successful pickup line of all-time, and one of the best-selling vehicles ever sold in the U.S. The current generation F-150 debuted in 2009. A new F-150 is on the way for the 2015 model year.

There are ten model variations of F-150 right now, with a choice of three cabs (Regular, SuperCab and SuperCrew), three bed lengths (5.5', 6.5' and 8.0'), and four engine types (3.7-liter V6; 3.5-liter EcoBoost; 5.0-liter V8; and 6.2-liter V8) in 4x2 or 4x4, each with a six-speed automatic transmission. The matrix of choices is mind-boggling. There are more possible F-150 truck configurations than there are in the entire Hyundai lineup.

Every manufacturer seems to be able to claim "Best In Class" - so the term is virtually meaningless at present. It's like "Best Comedian with Red Hair” (The answer is "Carrot Top," which just goes to show). The simple fact is that F-150 is a light duty pickup with very good towing figures. Engine size makes a difference, as do drivetrain (4x2 is slightly better than 4x4) and other factors. The EcoBoost engine gets high marks for towing capacity, peaking at 11,300 lbs for a 157" wheelbase SuperCrew model with a 3.73 rear axle ratio. The 3.7-liter V6 with a Regular Cab and a 126" wheelbase is ready for just half that - peaking at 5,500 lbs.

Payload packages are similarly variable. The SVT Raptor, with its special off-road suspension setup, is only capable of hauling 980 lbs, while the EcoBoost and 5.0-liter V8 equipped SuperCab with 145" wheelbase and Heavy Duty Payload Package installed can handle up to 2,810 lbs.

Three cab configurations can be ordered up on F-150: Regular, SuperCab and SuperCrew. SuperCab and SuperCrew each seat six; Regular seats three. Armrest storage up front is ample, and the glove box is appropriately truck-sized. On both SuperCab and SuperCrew models, the seat bottom folds up easily to reveal a nice flat load floor, with some hidden storage at the base. SuperCab gets clamshell rear doors that can only be opened and closed when the front doors are open; SuperCrew has four actual doors, like an SUV. 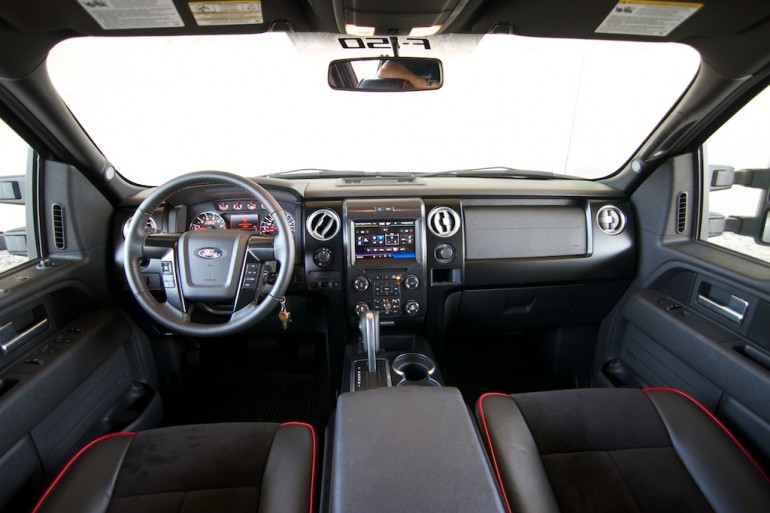 Four engines are available for Silverado: 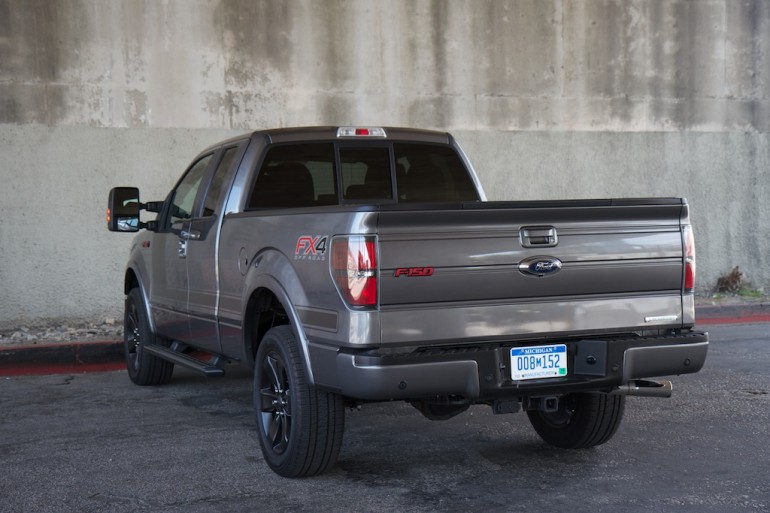 The F-150 has great presence on the road, but doesn't feel outsized in traffic. Cornering is confident, and even with an empty box, it doesn't pogo across rough surfaces.

My preference has always been a V8 for a pickup truck, with the theory that the engine would be less stressed under load, and therefore more durable. Ford claims that the EcoBoost is up to the challenge of motivating a pickup truck and its rated tow/haul load, maintaining efficiency and durability for its expected work life. They back up their engines with a 5-year/60,000-mile powertrain warranty, with additional warranties available for purchase through the Ford Extended Service Plan. The EcoBoost delivers direct, linear power, with very well managed throttle response and virtually no turbo lag. Turbo lag is the delay of power delivery inherent in a turbocharged engine by virtue of the nature of the system. Turbos have to develop boost, which takes time to build - thus the lag upon acceleration. Turbo lag cannot be totally eliminated, but it can be managed. Ford has got it figured out. The downside to the EcoBoost is cost. Ford charges a premium of over $1,000 for the EcoBoost, and you're probably never going to recoup the premium with fuel savings. The 5.0-liter V8 is a capable, proven engine; and for many drivers, the 3.7-liter V6 engine might do the job.

F-150's cabin really impresses. I think the elegance and sophistication (no kidding) of the F-150 is one of the keys to the truck's success. Controls are laid out intelligently, and buttons and knobs are beefy and manly without tipping over into cartoonish excess (I'm talking to you, Tundra). I'm not a big fan of the MyFordTouch/SYNC system anymore, as it has grown more and more complex with each generation. Make sure that you get your salesperson to demonstrate your favorite, most frequent operations with the system, and be sure that you can live with the results.

• Near luxury levels available for interior

• Packaging scheme is overwhelming, and costs add up quickly

• 8.0' box only available with Regular Cab

• MyFordTouch system can be complicated to learn and operate 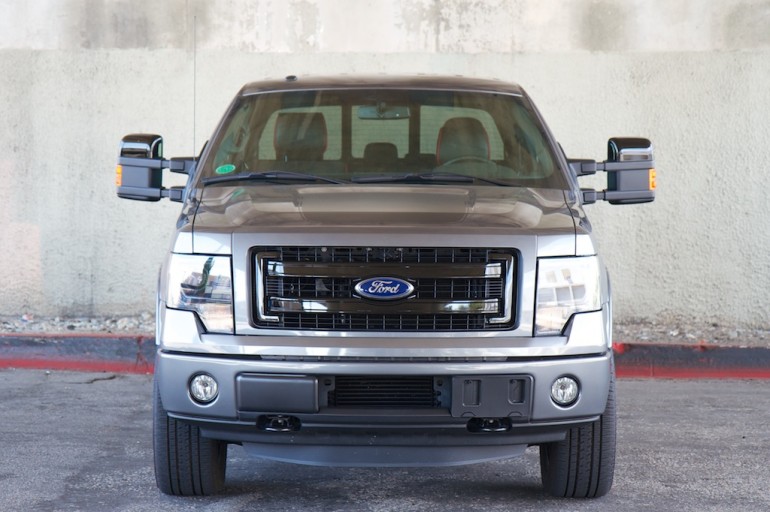 A trailer tow package is required on some models, included on others. It comes with a Class IV trailer hitch receiver, a 7-pin wiring harness, an upgraded radiator, an auxiliary transmission oil cooler and SelectShift automatic transmission. There's also an available trailer brake controller.

My test vehicle was a 2013 Ford F-150 FX4 SuperCab with a 3.5-liter EcoBoost V6, base price $38,765 - $49,835 as tested. Pricing, though wide, is on a par with the other full-size light duty pickups, including the new Chevy Silverado, GMC Sierra, RAM 1500, Toyota Tundra and Nissan Titan. The EcoBoost engine is the real differentiator, and adds a couple of grand to the bottom line. 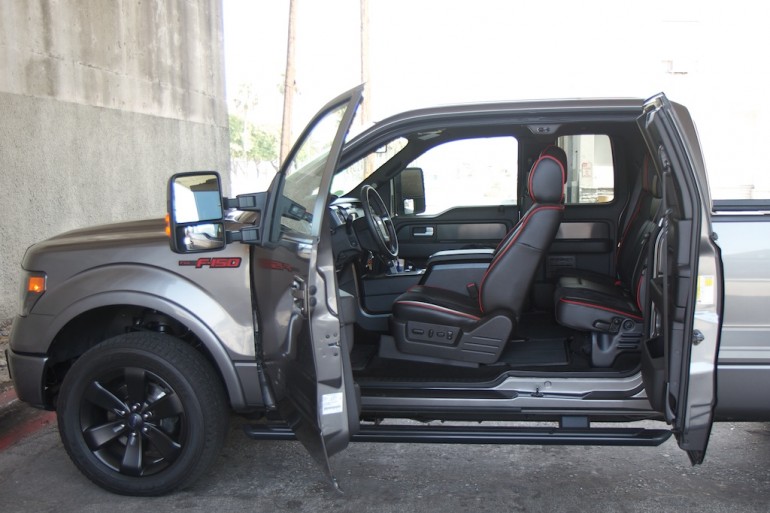 I don't envy GM, RAM, Toyota and Nissan. They've been chasing after F-150 for years, and every time they catch up, Ford updates its design with new features and additional capabilities. We're in one of those spaces right now where GM, RAM and Toyota are all fresh and new, while a new F-150 (and Nissan Titan) are still a year away, so the playing field looks pretty level. Honestly, it's almost a matter of taste which pickup truck you buy right now, they're all so closely matched on features, capabilities and prices. RAM has the advantage with a diesel-powered light duty truck; Ford's EcoBoost is the only turbo V6. I'd choose the Ford out of the bunch, mostly because I'm shallow, and I like the way it looks the most. Your choice could easily be different - just be sure that you choose a configuration that has the capabilities you require. If you can wait until 2015, you'll get a shot at a new F-150, or wait even longer and see how the other guys respond.

F-150 has gotten more feature-laden with each generation. What features do you need in a pickup truck? Are there any that Ford has missed? 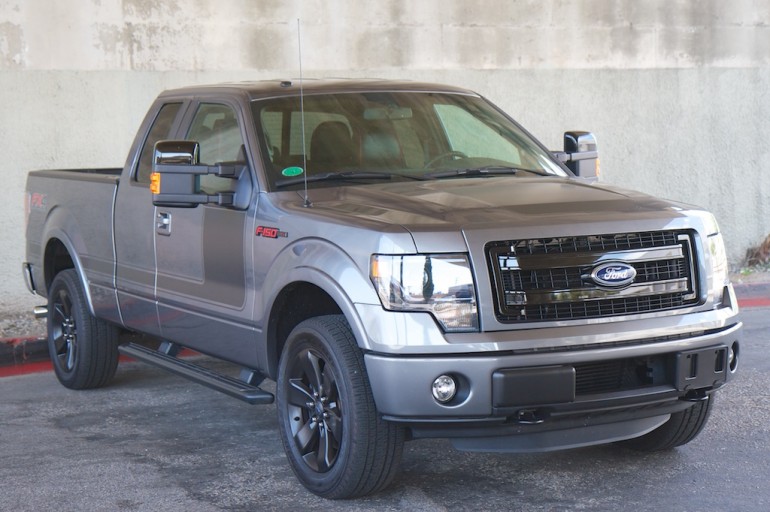 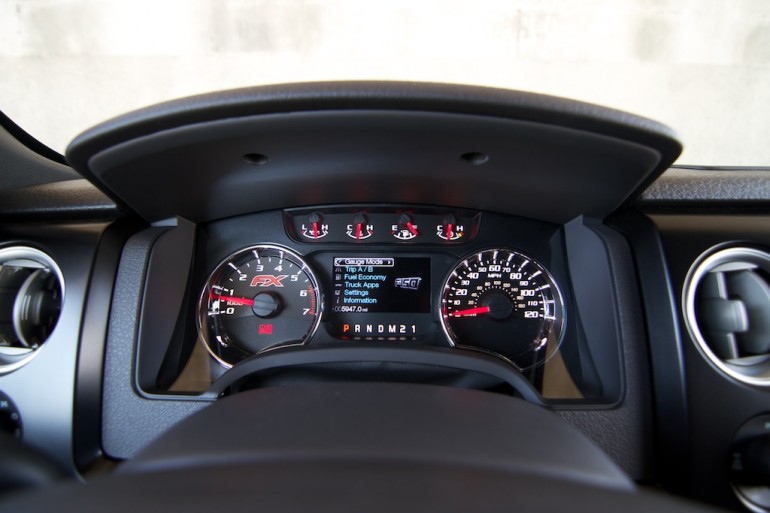 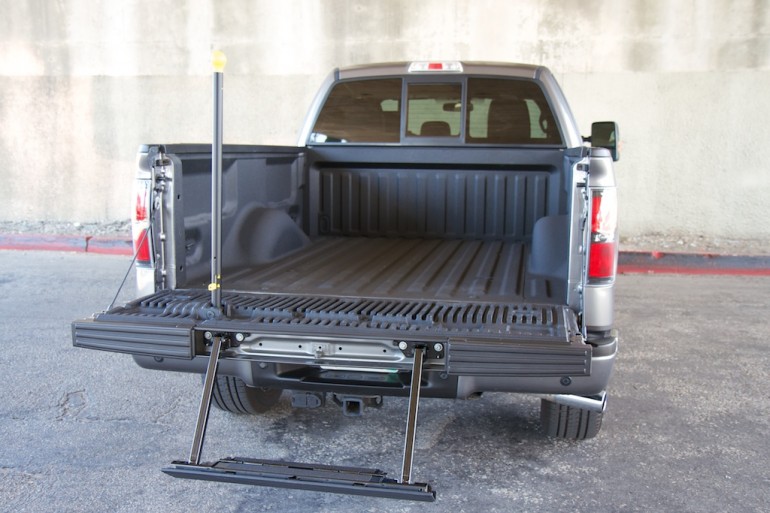 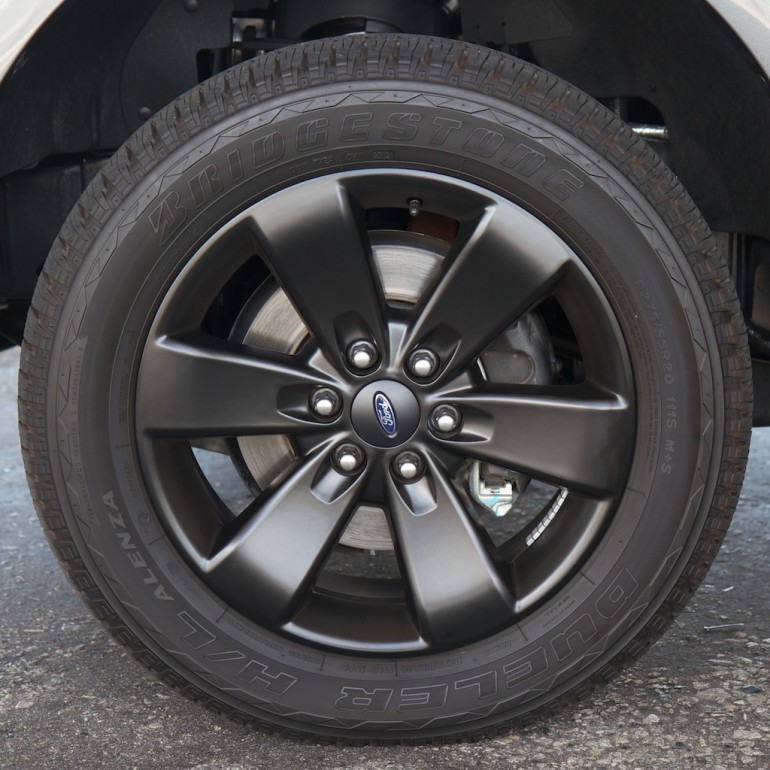