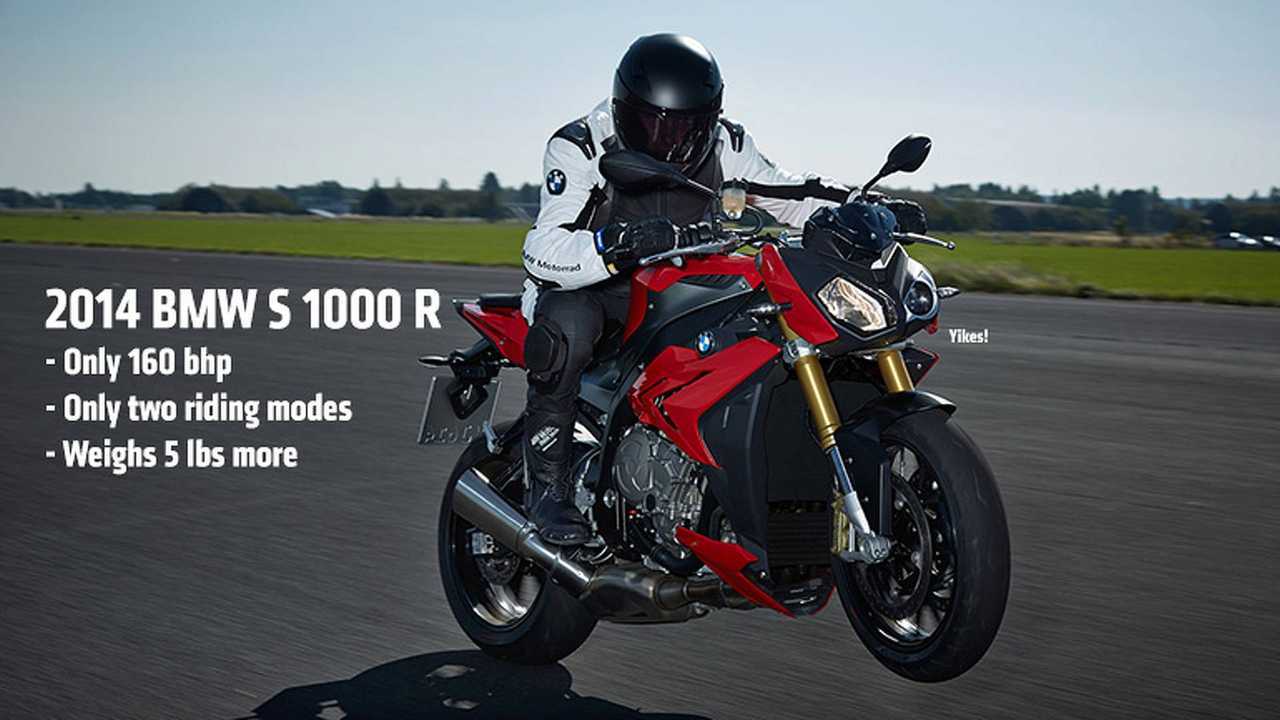 Not as impressive as we'd like, that's for sure.

That sound you hear? It's the collective disappointment of motorcycle enthusiasts everywhere learning that this 2014 BMW S 1000 R makes only 160 bhp, a full 33 bhp less than the S 1000 RR superbike it's based on.

Can a naked BMW make up for its detuning anywhere else on its spec sheet? Well, its 83 lb.-ft. torque figure is identical to the superbike's, but that peak arrives at 500 rpm earlier, at 9,250 rpm. In its defense, BMW says the torque curve has been shifted down the rev range, besting the superbike's by a full 7 lb.-ft. all the way up to 7,500 rpm.

BMW has re-tuned the S 1000 R's engine by redesigning the cylinder head ducts, modifying the cam profiles and altering the ECU programming.

All-up weight, with a full tank full of fuel actually grows over the superbike by 5 lbs to 456 lbs, even though fuel capacity remains the same.

The electronic rider aids — an S 1000 RR hallmark — have also been dumbed down. Where the RR features four switchable riding modes which alter parameters ranging from ABS intervention to outright power, the single-R is equipped with only two — road and rain.

Thankfully, the single-R's suspension and brakes remain of equal quality and adjustability to the RR's, even if the forks do get raked out a little bit in the pursuit of stability. The standard steering damper is also retained.

The single-R is U.S.-bound, but no price has yet been announced.