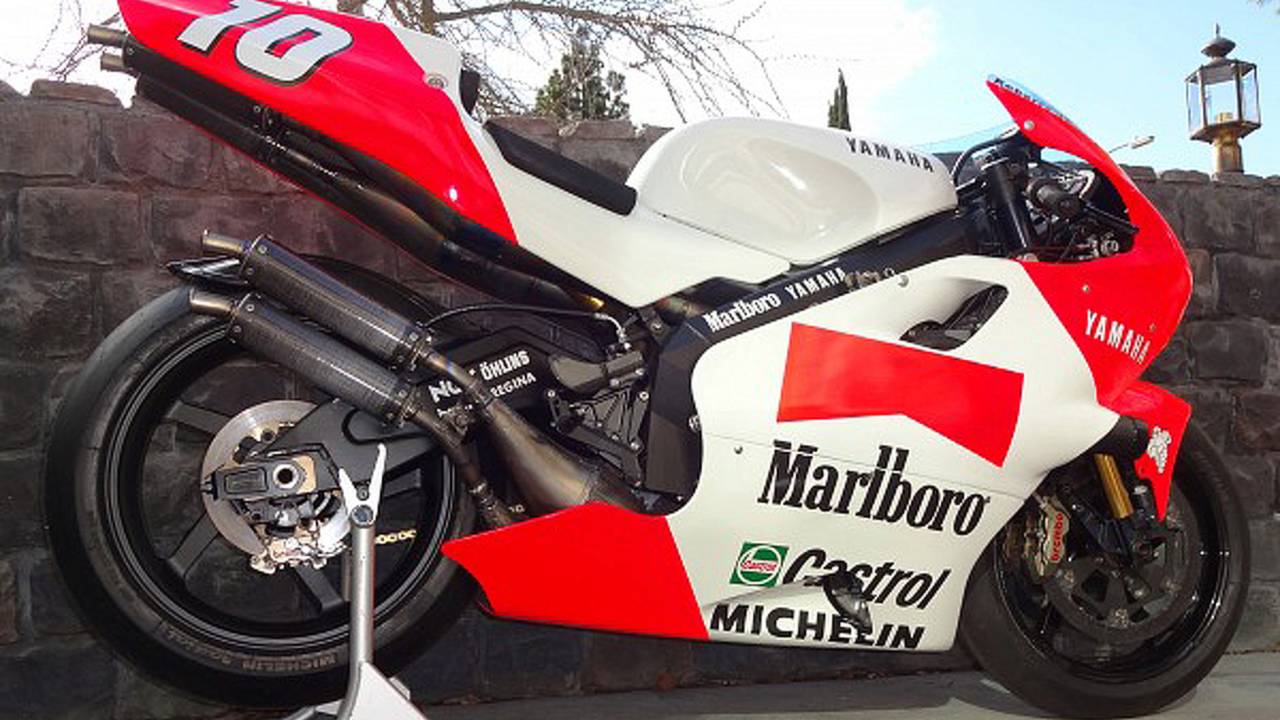 For just $200,000, you can have your very own YZR500At the end of a race season factory GP bikes are most likely to be destined for the crusher, but...

At the end of a race season factory GP bikes are most likely to be destined for the crusher, but this factory Marlboro Yamaha YZR500 ridden by Kenny Roberts Jr survived. Now it's for sale.

As expected it comes with a weighty price tag reserved for the filthy rich of $200,000. Junior rode the bike for his father’s factory Marlboro team after graduating from the 250GP class. He ended his rookie season on this YZR500 in 13th overall with a best finish of fourth at Brno.

For the 1996 season, Yamaha introduced a new engine for their OWJ1-spec YZR500, opting for a 54mm x 54mm bore & stroke, over the previous 56mm x 50.6mm, as this allowed for a better top speed and balance of power and torque. The 500cc V4 two-stroke also had a forged metal piston and a frame design that did away with the seat rail.

Yamaha claimed second place in the manufacturer standings, but with a large margin behind the all-conquering Honda and their NSR500, as they scored two wins with the YZR500 with Norick Abe winning in the opening round at Suzuki, Japan and Loris Capirossi capitalising on a collision between champion Mick Doohan and Repsol Honda team-mate Alex Criville to take victory in the final race in the Australian GP at Eastern Creek.