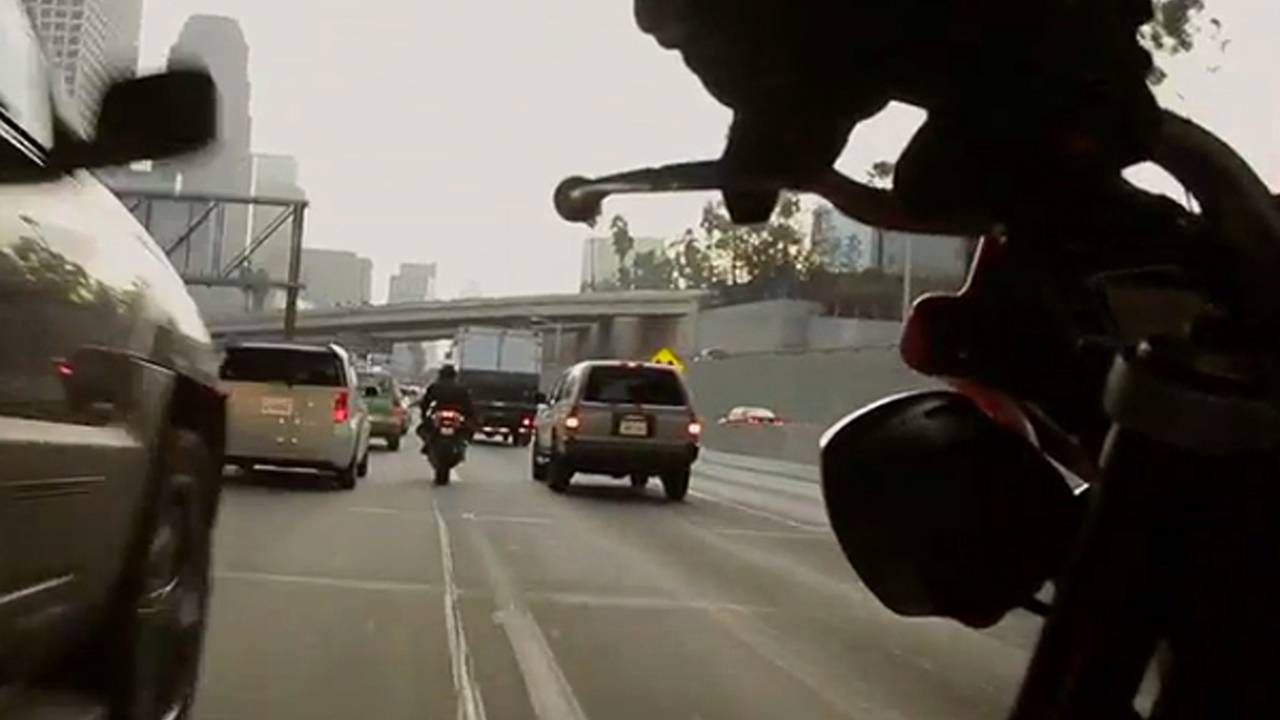 The lane splitting bill in Nevada has passed the transportation committee, destined next for the state assembly, then senate. Could a second state get legal lane splitting?

Assemblywomen Maggie Carlton opposed AB236 because "she doesn't want motorcyclist’s guts end up all over the back of her car." Assemblyman Paul Anderson had something similar to say from his experiences in living in Southern California. But, their opposition was primarily anecdotal and based on fear, AB236's proponents were able to counter with hard facts drawn from actual research conducted in California and Europe.

Carlton's response to those facts? Something along the lines of "Oh, yeah, well Europe is full of communist terrorist pinkos, scientific studies conducted there couldn't possibly apply to Nevada's super unique vehicular traffic!"

There have been some changes to the bill:

1. Mopeds would not be allowed to “lane split”;

2. Instead of requiring a person who was lane splitting to drive in a cautious and prudent manner, the amendment requires that the person drive in a manner that is reasonable and proper, having due regard for the traffic, surface and width of the highway, the weather, and other highway conditions.

3. Instead of simply limiting the speed of a driver who is lane splitting to not more than 30 miles per hour, the amendment allows lane splitting provided that the motorcycle, while driving between vehicles:

4. Must not travel at a speed which is more than 10 miles per hour faster than the speed of those other vehicles; and

5. Must not exceed a maximum speed of 30 miles per hour.