German magazine Motorrad has captured photos of a prototype KTM 1290 Super Duke R undergoing validation testing in the Canary Islands. While the bike you see here remains a rough development mule, it does highlight the changes that need to be made to translate an over-the-top concept to an affordable product. 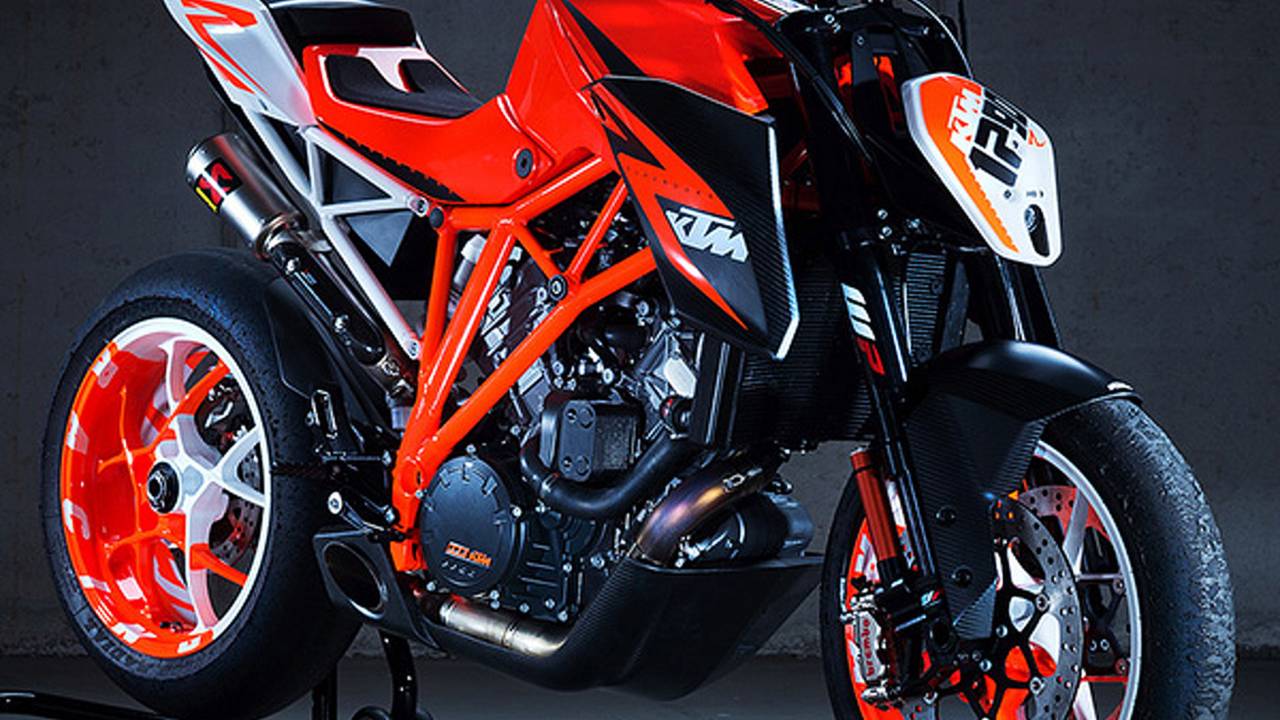 The concept model was equipped with GP-level remote-reservoir gas forks, scarcely any headlight and separate exhaust outlets for each cylinder. 180bhp was thrown around as the power level. 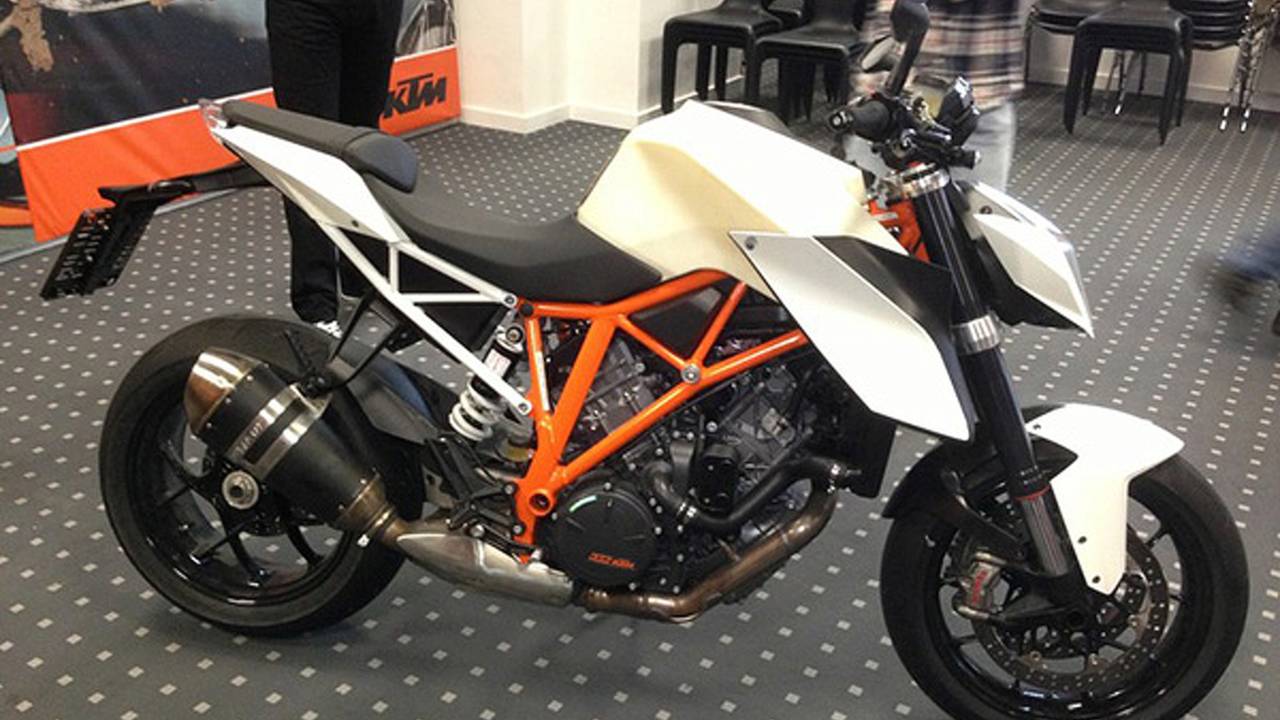 Update (continued): This image, from SuperDuke.net, reveals a more finished prototype, complete with a svelte new headlight that appears distinctly production-ready and more in line with the concept's numberplate.

What appears to have changed between that concept and this prototype: 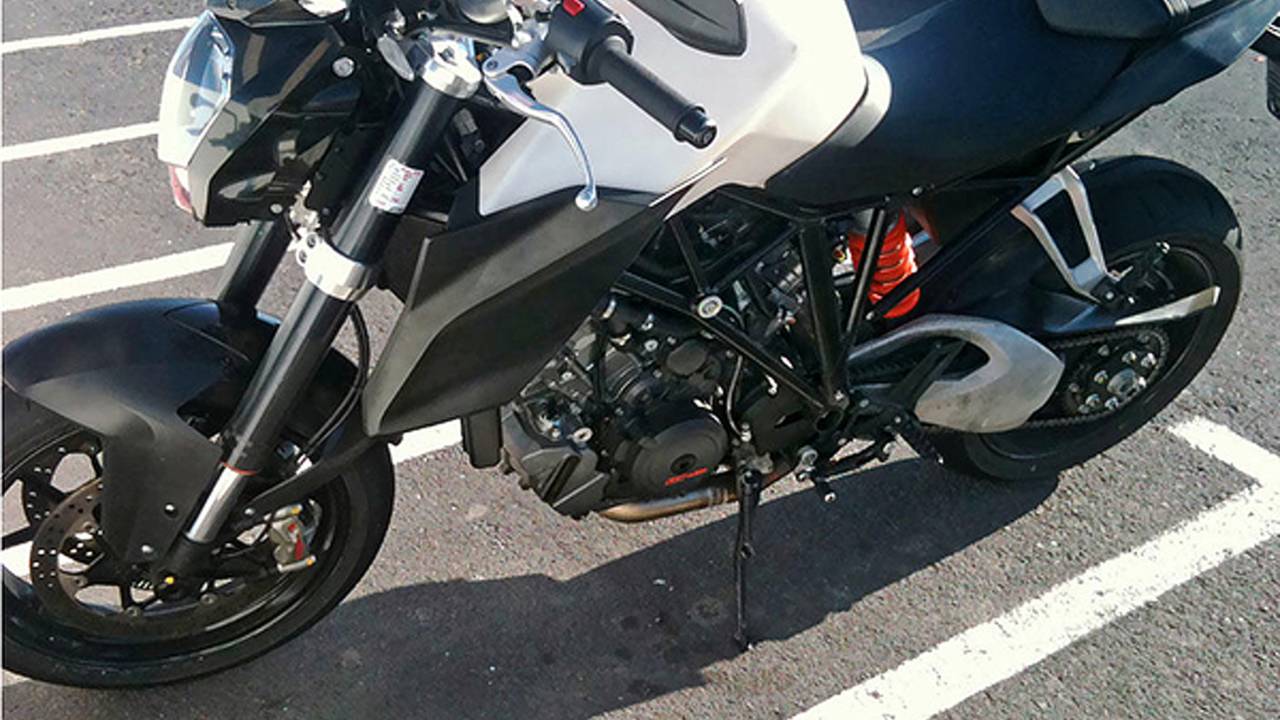 Retained, appears to be:

- Tanks shape and side cowls 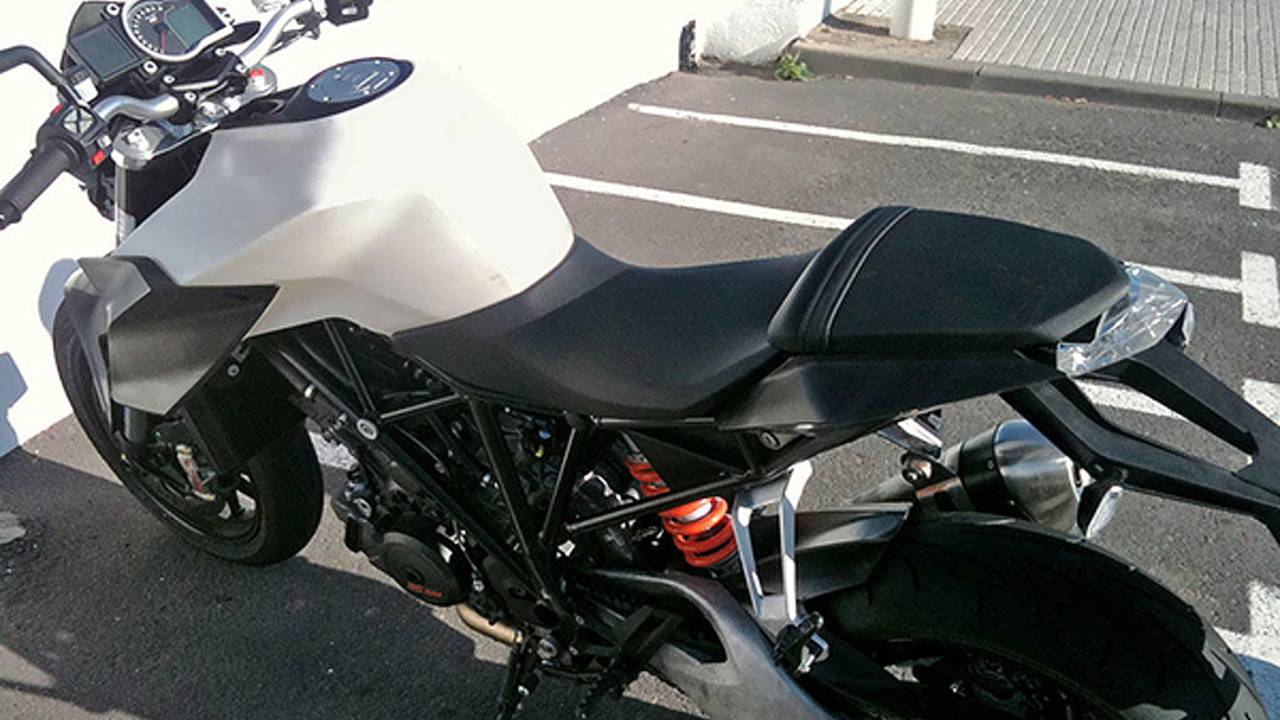 Additionally, Motorrad reports that power from the bored RC8 motor will be a much more believable 160bhp and will be delivered with the aid of traction control.

Take some of the visual details of this validation prototype with a pinch of salt. Details like the exposed coolant reservoir will likely be more neatly integrated and even major mechanical components like the swingarm appear rough and unfinished.

We've heard from a lot of readers who've been very, very excited about the prospect of a production version of the concept bike, without seeming to understand the necessary compromises that exist between flights of fancy and realistic production. Yes, this bike does have a headlight that will pass legal standards and be capable of nighttime illumination. No, it doesn't make quite as much power as some full-on superbikes. No, it doesn't have $10k forks. But, because of all that, you stand a chance of being able to afford one, being able to legally operate one and maybe, just maybe, not flipping it over and killing yourself the first time you ride it.

The finished version of the production bike should debut at the Intermot or EICMA shows this fall and we'll likely have more spy photos and leaked info for you in the run up to that unveiling.