Warning: The Motorcycle Ahead Is Slowing Down 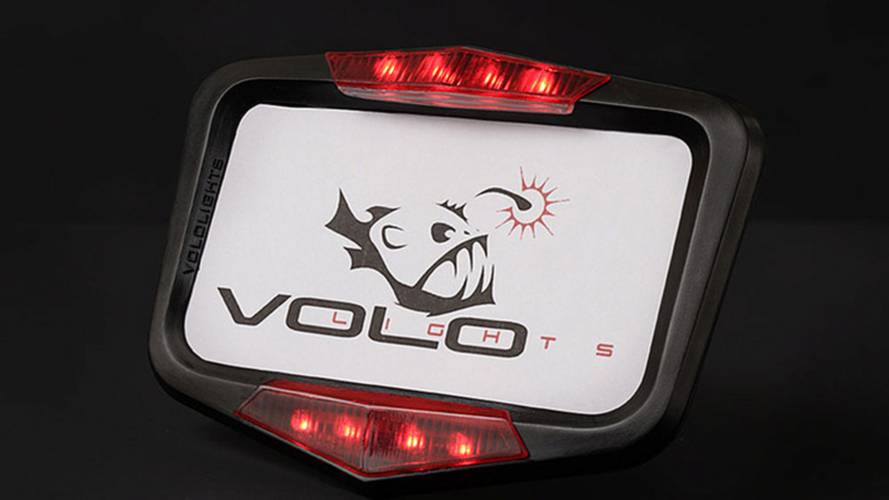 Warning: The Motorcycle Ahead Is Slowing DownA new bolt-on license plate frame promises to warn drivers when you slow down without braking. Ever...

A new bolt-on license plate frame promises to warn drivers when you slow down without braking.

Ever been rear ended in your car? Chances are you walked away with just some unpleasant whiplash. But on a motorcycle if you get hit from behind there are some very good odds you won’t actually be reading this, as you’ll be dead.

Latest figures from the National Highway Traffic safety Association research on motorcycle deaths in 2011 revealed that 276 riders died in the U.S. after being hit from the rear. The good news? Someone is actually trying to do something about this problem.

San Diego innovation, engineering and design company Vectolabs LLC, has patented and built the first prototype of a high visibility LED light system which is incorporated into its version of a motorcycle’s rear license frame. And it should be on sale in the U.S by late summer.

Vectolabs is currently looking for financial backing for this concept, it’s called Vololights, and has initially turned to the popular crowdfunding platform Kickstarter on the web to get things moving.

“Vectolabs co-founder Faizal Ali, a motorcycle enthusiast, witnessed firsthand on the freeway while on his bike what happens when a rider decelerates and drivers of vehicles behind do not realize a motorcycle is slowing until it’s too late,” explained Vectolabs Marketing Director Jesse Syznal. “Faizal decided to do something about the problem and to find a solution that works.”

Conventional brake lights on a motorcycle only flash when the rider operates the brake lever or pedal. Drivers behind a motorcycle have no idea when a rider down shifts or uses engine braking to slow a bike, such as on a freeway in heavy traffic, nor can drivers accurately estimate at what rate a bike is slowing.

Vololights could actually give drivers a faster and better warning sign when a rider starts to slow. Using what the Vectolabs calls an Adaptive Perceptible Deceleration Indicator (APDI), LED lights are mounted in Vectolabs own license frame and are triggered by a module when sensors detect a motorcycle starts to slow, either under engine braking or when the rider down shifts, and it alerts drivers behind by using rapid flashing red LED lights.

At present the Vololights system is in its infancy but there is a working prototype that has been developed and is up and running. The next step is for Vectolabs to find the proper funding to make the production molds and bring Vololights to market here in the U.S. and make it widely available to motorcycle and scooter owners.

Thereafter the company hopes to take the concept to the automotive manufacturers for potential use on cars in the future.

“We have initially gone to the web-based site Kickstarter to see if we can raise the capital for the next stage and get Vololights into production,” added Syznal. “Private individuals get an opportunity to support our project with no risk of losing their money. However, if we need to we’d also like to talk to any commercial backers who show an interest.”

According to Vectolabs it will take an average technically minded person with the right tools around an hour to fit the license plate and module, which weights around 8-10 ounces, on their motorcycle using much of the existing wiring.

Vololights should be in motorcycle dealers and parts retailers by this summer. The module costs $69 and the LED license frame $79. There’s also an option for a slightly more expensive carbon fiber license frame.

If you would like to know more or are interested in supporting this worthwhile entrepreneurial venture that potentially really could save motorcyclists’ lives take a moment and go to Vectolab's Kickstarter site.