What About The Gay Sportbike Rider? 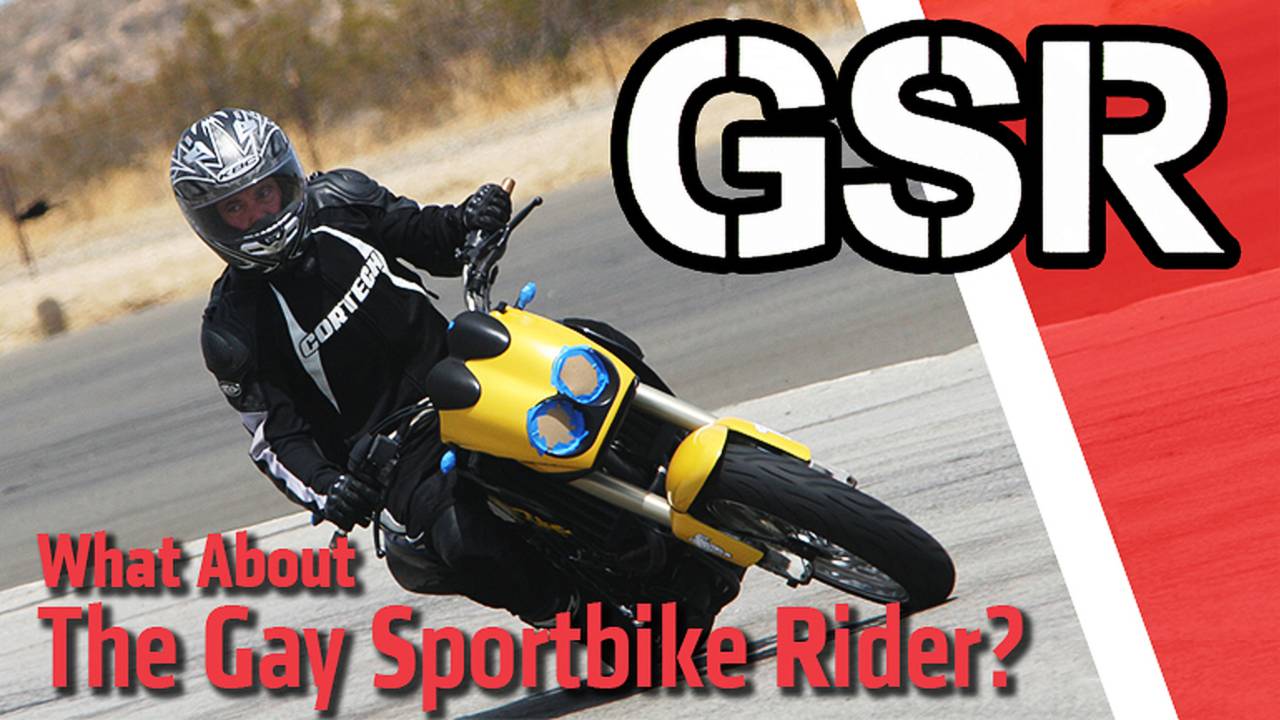 Sometime you just could not put your finger on something different a group of riders. They may be the Gay Sportbike Riders and let me tell you about them.

Ever stop at one of the sportbike watering holes such as Newcomb’s Ranch or Alice’s, see a group of guys arrive, and something you just could not put your finger on seemed different about them? Big bikes, small bikes, loud bikes, quiet bikes, tall guys, short guys, thin guys, fat guys. All the same as you, but in some way…not.  Well, you may have just crossed paths with my tribe, the Gay Sportbike Riders.

Full disclosure: I am, in the somewhat dude-ish formulation, a dude who digs dudes (DWDD). You might be too, but, statistically at least, you most likely aren’t.  As such, your personal attitude towards DWDD is hopefully blasé, but could also include feelings ranging from curiosity to deport-them-all-to-Russia. Whatever. It’s not a lifestyle, it’s a life, and it’s the only one I’ll ever have.

Bikes aren’t a hobby, they’re a part of who I am, much as they are for most readers of RideApart. Also sharing space in the garage, for you fans of stereotype, is a first-gen Miata. Who wouldn’t want to go around corners like a lizard down a drainpipe and work on their tan at the same time? But I digress.

RideApart asked me to write a guest article about my tribe and my bikes, after a somewhat snarky comment I posted in 10 Reasons You Should Not Date A Motorcyclist. So here, I’ll respond to Jon Langston’s list along with a few things from Heather McCoy’s article, and even came up with a few of my own. Now, without further ado, here are the reasons why the Gay Sportbike Riders are a crowd worth cultivating, regardless of your persuasion.

Because we think road rash is icky. And, in some subsets, riding a bike is an excuse to wear leather in public everywhere, all the time.

Of course we are. Punctual Gay is practically an oxymoron.

“I’m only human, flesh and blood, a man…..” And, because Jonny Langston insisted it stay on the list. Still, I’ll say that Kleenex is everyone’s friend.

You gotta give us this one. If you spent your life looking for the minutest non-verbal cues that would mean the difference between a beating and a date, you’d be observant, too.

If you don’t ride, and you’re thinking about dating one of us, don’t expect us to stop because of you. And don’t even think about asking us to stop riding, much less demanding that we do. On the other hand, we’d consider it a win if you had a pastime of your own that occupied similar amounts of passion, time and dedication.

We tend to form into very close-knit, beehived communities of friendship and shared interests. The good news, it’s very easy to make like-minded friends. The band-of-brothers camaraderie is just off the charts. The bad news, after the breakup, he’s still around.

“You boys aren’t like the bikers we usually get around here. You’re so handsome, polite and quiet!” Double the testosterone = double the trouble? So not true.

In a world where racing is safe and sex is dangerous, we tend to be fairly well educated and rational about the true nature of risk. But, then, we would, wouldn’t we? Most of us have at least some formal, advanced rider/racing training. We like track days, too.

The culture drivers known as Big Gay like to perpetuate the stereotype that we’re all well-dressed, fashion-forward, articulate, sensitive, go-getter, high-functioning success stories. Total myth. Just like anyone else, we reserve the right to dress like slobs, waste a day lying on the couch watching Top Gear, and all sorts of other well-intentioned misbehavior.

But, more than anything, we love our bikes, and we love riding.  The Gay Sportbike Riders are often banished to the back of the pack in gay pride parades (TV commentator: “The only thing colorful about you guys is your bikes.”) We’d rather be on Mulholland Drive anyway.