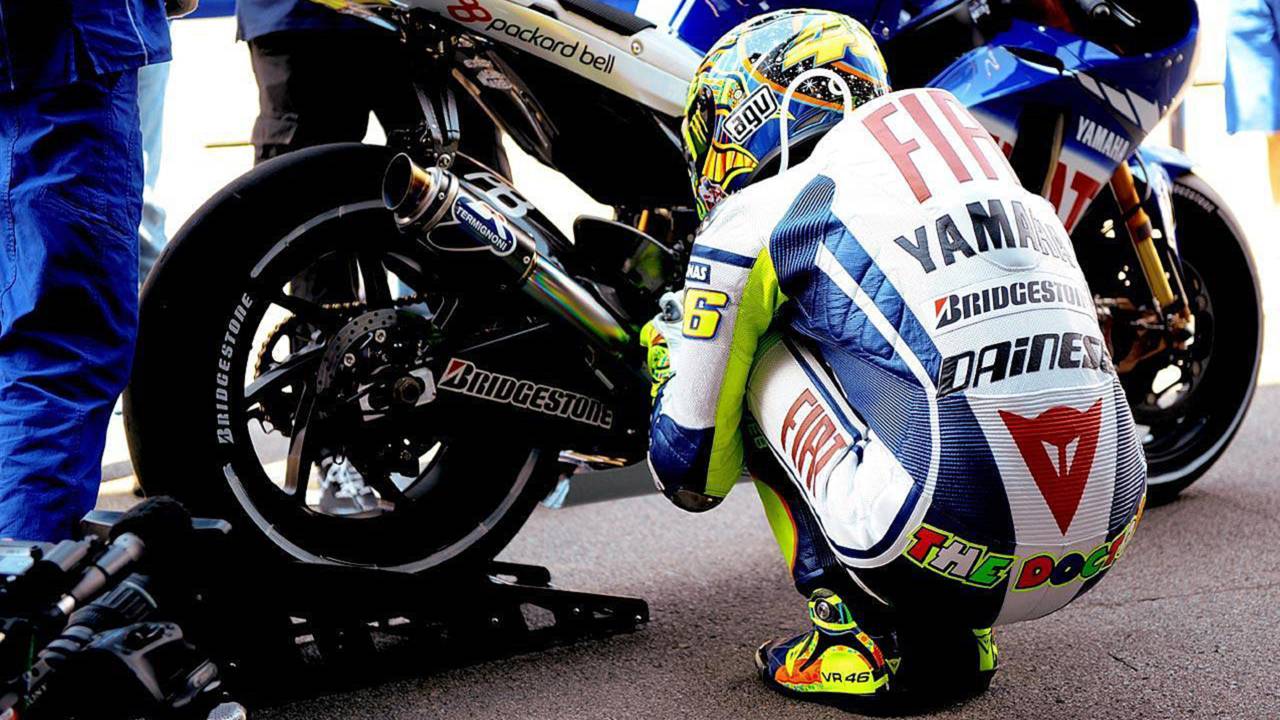 Two-Wheeled SuperstitionYou motorcyclists are a funny old lot and from what I can tell you’re a really superstitious group of people. You won’t ride...

You motorcyclists are a funny old lot and from what I can tell you’re a really superstitious group of people. You won’t ride green bikes, as they are unlucky (try telling that to Kawasaki), nor I’m told should you ride one that belonged to someone who has recently died, as you’ll experience some really bad karma.

Some of you will only ever get on a bike from one particular side, as it’s ominous to get on it from the other. There are even riders who can’t set off anywhere unless they have a small bell fixed somewhere on their bike to ward off evil road spirits.

I’m also always astonished at what some people will do before riding. Patting the bike, talking to the bike or leaving passenger foot pegs up or down (depending on whether you think your guardian angel is riding with you, or not). And what they do at the end of a ride again involves patting and talking to the bike.

Then, there’s the guy I’ve heard of who won’t ride his bike, or go anywhere near it, for 48 hours prior to a long road trip. Another steadfastly refuses to wear any color of socks except blue as to deviate from that could possibly cause him to crash and die in an immense fireball within minutes of riding down the road.

I sort of get the green bike thing. There have been few bikes that I have ever really liked in that color, but the whole unlucky thing really? This urban myth I’ve learned has something to do with WWII era Army Harley-Davidsons that were painted drab green. A combination of being slow and unreliable meant if you rode one, you were seen as sitting ducks for the enemy. Hence green being an unlucky color. I’m not sure if any of that’s true but that’s what I have been told.

There’s a woman in the Midwest somewhere who carries a large strand of barbed wire strapped to her bike’s handlebars to remind her to ride safe. She openly admitted on a motorcycle riding forum that, a few years ago, after a heavy drinking session, she got on her bike and rode off into the night. Of course she left without a helmet.

Unfortunately she came off the road a few miles later and was thrown off her bike after her forehead got caught on a strand of barbed wire fencing that she and the bike rode through. After 78 stitches across her brow, she says she gave up the booze, but keeps a piece of the barbed wire on her bike to remind her of her stupidity. I’d have thought just looking in the mirror every morning at that big scar would work just as well.

Or, there’s a friend of mine who won’t wear a new crash helmet until he’s dropped it at least once on the ground. He can’t explain precisely why, except that it makes him feel safer having a helmet with a few scratches on it. He’s also the same guy that has a system that involves putting his boots on. I can’t remember if it’s left or right first, but he follows this regime religiously every time he rides.

Another guy also informed me recently that he couldn’t ride any bike unless there is a skull of some description on it. I was hesitant to tell him that he actually had a skull of his own, but I chose the safer path and nodded wisely at him and said nothing.

Back to those riding bells. They are definitely a cruiser peculiarity and not a sport bike thing and I’m sure some of you reading this will have absolutely no idea what I am talking about.

Under some mysterious, ancient law that has been lost in the passage of time, you are strictly forbidden from buying a riding bell for yourself. It has to be bought and presented to you by someone else. Otherwise it will not work.

My very sweet and very considerate wife bought me a bell to put on my bike. And in the interests of domestic harmony I attached the thing. Now, I’m used to the rattles and squeaks of my old bike, but with an extra bell fitted to it, I sounded like Santa Claus in his sleigh coming down the road. In the end I had no option but to take a pair of metal cutters to it and chop the darned clapper out of the thing. I’m not sure if this now means the road gremlins will definitely be out to get me, but for the sake of my own sanity I’m prepared to take the risk.

I do agree with the principle of stopping to help a fellow biker who’s pulled off at the side of the road. Not because I believe that if I don’t then something hideous will happen to my bike and me in the future, but because I believe it’s the right thing to do. In both cases recently my offers of help were politely turned down. One rider simply needed to make a ‘phone call, while the other, as he delicately put it, needed to take an urgent crap. But at least I tried.

However, you know what I’m really superstitious about? A soccer mom, in a massive SUV. She’s usually either texting, or talking on a cell phone, while her kids bounce around in the back fighting or playing video games. She’s so oblivious to everything on the road that she never, ever sees me on my motorcycle. That’s what I call my bad luck omen.