Why All Bikes Are Awesome, Arguments Be Damned - RideApart Rants 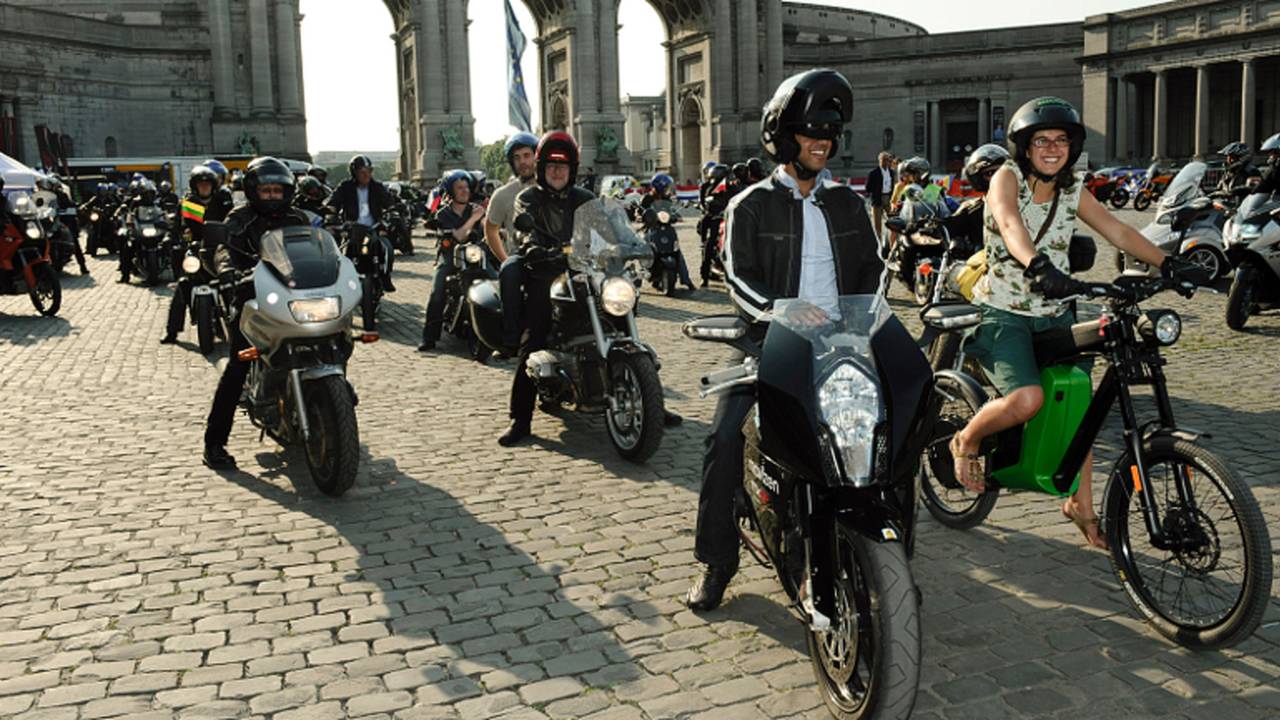 The rivalry that goes on between bike owners can move from friendly jibes to rudeness faster than a Ninja 300. Lets remember why all bikes are awesome.

You know what gets a rise out of me and makes me madder than a mad thing that’s very mad? Intolerance and stupidity. I’m not talking politics or global peace here. I’m simply not well qualified to offer you a well informed opinion based on my scant knowledge and expertise of those things.

I am pretty sure where I stand in the motorcycle world however. At best, I am an ignorant enthusiast that tries to learn something new about motorcycles every day. If it has two-wheels, an engine and handlebars it has my attention. I often hope my love of bikes doesn’t come across as obsessive compulsive to people. Yet I know I cannot walk past any random motorcycle in a parking lot without taking a moment to look at it, to try and work out what it is and then decide if I’d ever consider owning one like it.

I’m attached to my bike. It’s mine. It’s flawed. It annoys the hell out of me some days and I have added things to it that make me smile and my friends shake their heads. It means a lot to me for a whole host of reasons, and I will never, ever sell it.

I am more than willing to get up at the crack of dawn just to get out on quiet roads and ride. I don’t need to explain to anyone why I do it. If you ride, you get it.

My problem though is this. I don’t give a damn what anybody rides or try to categorize them for the type of bike they have chosen. I have no idea why they bought that bike but if they are happy with it and are out there riding then that is absolutely fine by me.

The other day I was running errands on my bike and pulled into a parking lot where there was a group of guys with sportbikes. They were drinking coffee and had seen me pull in. I nodded across to them and, as I passed, one of them said to me: “When are you going to get yourself a proper bike instead of that thing?” I told him, "I like my thing" and walked past.

This is the issue about the motorcycle world that makes me mad. You can blame it on human nature and say it’s all just a joke, but there is always an element of seriousness in these jibes. I just don’t get it.

I like all motorcycles. There are some that are pretty awful and there are others that make me marvel at the technology and astonishing design and engineering that has gone into them.

I particularly like cruisers, which no doubt will make some of you run for the hills. But that doesn’t mean I hate Suzuki GSR1000’s or Ducati Paginales, or cannot appreciate what they are capable of, or the skill that is needed to ride them. I also really like some of the big Japanese tourers and have wrestled long and hard with my bank manager, who for reasons he thinks are logical and financially astute and has prevented me from going out and buying a Triumph or a Moto Guzzi.

However, recently I did emphatically and candidly tell RideApart editor Wes Siler that I’ll never, ever ride a sportbike. He looked at me and then said: “Wouldn’t or couldn’t?”

I had to think for a moment and then agree it was probably a combination of both. But just because I don’t want to ride a sportbike, or because Wes thinks I can’t ride a sportbike, doesn’t mean I don’t appreciate them.

In the enthusiast car world there is an element of friendly rivalry between owners and they seem happy to go about joking with each other about their car choices. But it’s all done in a far friendlier way than in the motorcycle community and there is a common understanding, regardless of what type of car you have, that what’s really important is you’re out there driving it.

I am not for one moment suggesting a brotherhood of jovial, backslapping motorcyclists. That at best would be considered pretty damned odd. Sportbike riders don’t want to wave at me and I for one don’t want to try and sell them on the virtues of riding with ape hanger handlebars and a raked out front end on a bike that can trace it’s origins back to the turn of the 20th Century.

I guess what I am trying to get at is that there is stupidity in all walks of life. But as a motorcyclist we’ve spent a lot of time, effort and money getting on to two wheels. We are all well aware of the risks of riding a motorcycle in today’s chaotic and frankly dangerous world.

For me it’s an astonishing experience each and every time I get on my motorcycle. I simply don’t care what you ride as long as you can appreciate just how lucky we are to be able to do this. Or to put all of this another way – all bikes are awesome. Period.