How To Ride A Motorcycle On Water 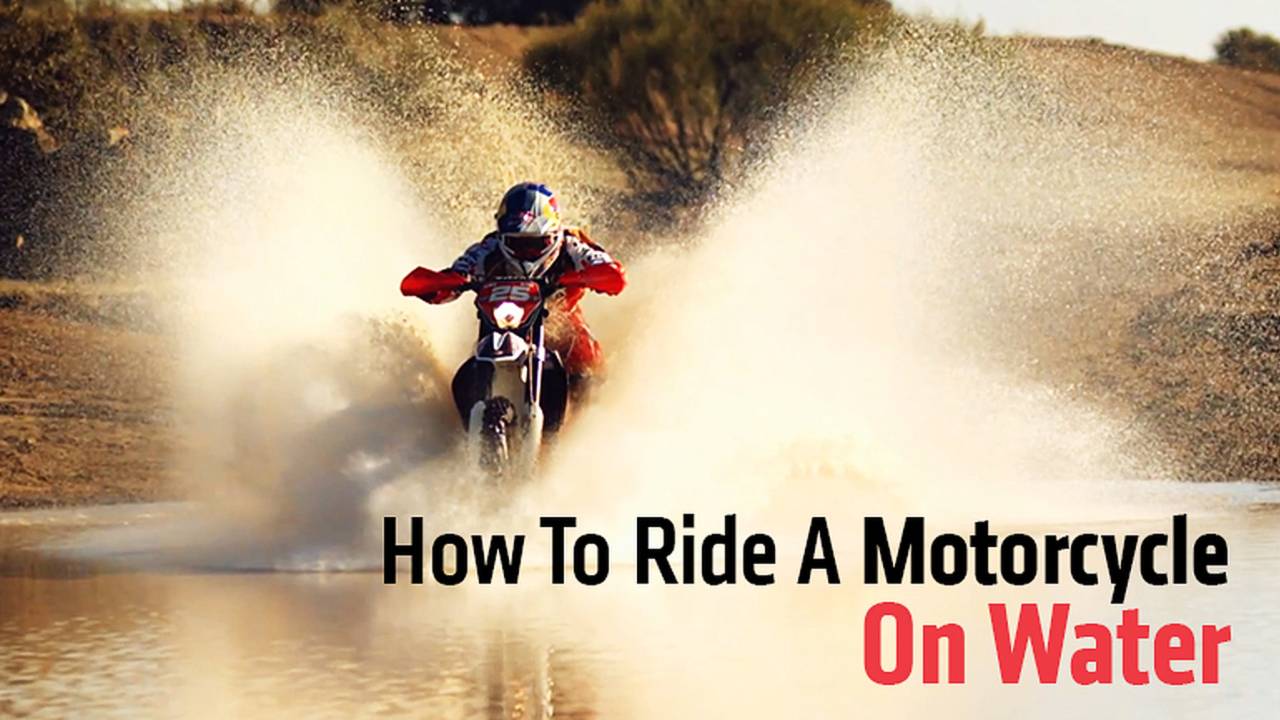 Find out How To Ride A Motorcycle On Water by hydroplane as seen in this video by enduro champ Ivan Cervantes.

Five-time world Enduro champion Ivan Cervantes wanted to set a challenge for himself. At his practice facility, in the mountains above Madrid, there's a pond five feet deep and 141 feet across. Ivan wanted to ride across it, skimming over the surface of the water.

Attempting the feat aboard his Gas Gas, Ivan was initially defeated. Entering the pond at 56 mph, the bike dove head first to the bottom.

Second and third attempts ended much the same way, despite flatting his body down on the tank to take weight off the front wheel.

Ivan quickly surmised that it wasn't necessarily his method that was the problem, more the medium. In order to achieve adequate hydroplane, the surface of the pond needed to be completely smooth. "As it was a mirror, with no bumps in the shore," he describes. "The main trouble with the aquaplaning is that you'll never know how the entrance is going to be. And getting to the other shore depends entirely on this."

Waiting for the waters to calm before fourth try, Ivan was finally successful. "I felt an amazing adrenaline rush, overall as the ride was perfect," he said afterwards. "Going for 40 meters over those five feet of water was not easy and for a moment I thought we couldn't make it, but I'm stubborn and when I want something I totally fight for it."

All in, the attempt took 14 hours of riding in a single day. "To me, riding a bike means freedom, passion, sacrifice and will," says Ivan. "Enduro is a very lonely kind of sport but racing against the clock is a big adrenalin rush. It's necessary to have new challenges. Actually, it's the best thing that could happen to a rider."