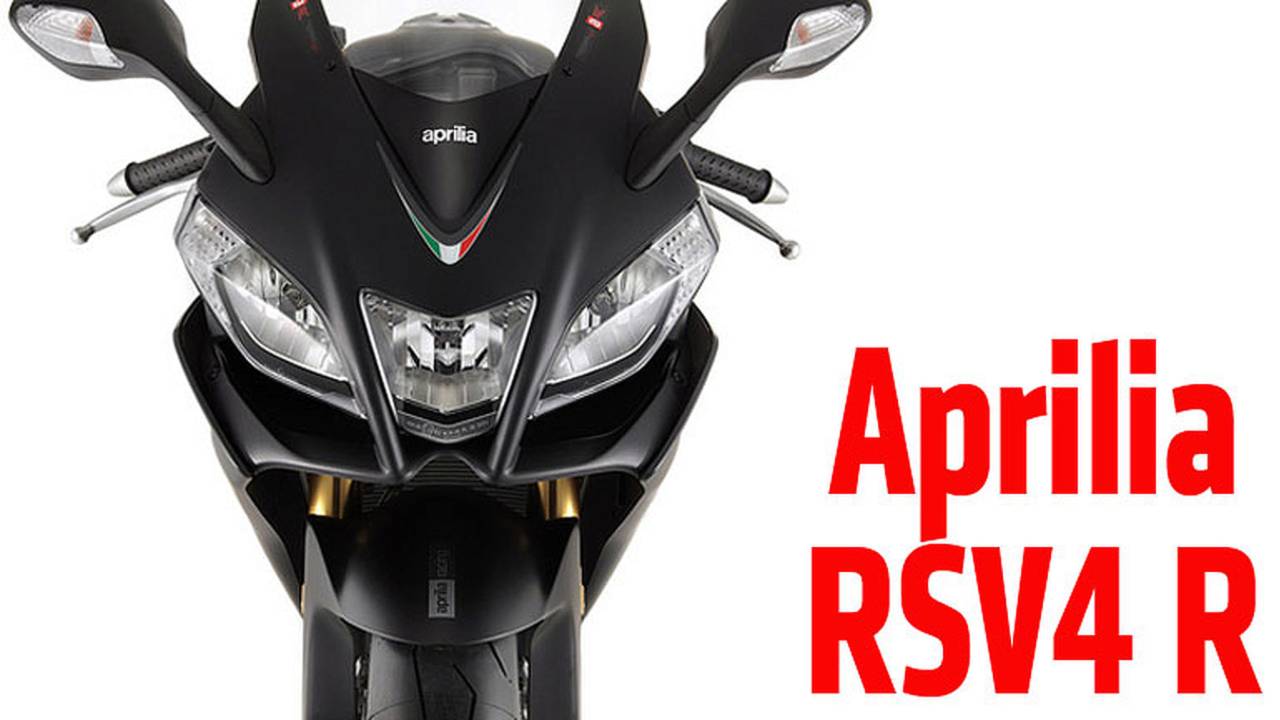 The Aprilia RSV4 R gets ABS, a slight improvement to rider ergonomics, and a sweet new paint job.

The RSV4 R is benefitting from the same ABS and other refinements that were announced for the Factory at last month's Intermot show in Cologne. That means one more horsepower and some minor adjustments to the position of the engine and seat to facilitate braking performance. Most importantly? The 2013 Aprilia RSV4 R now comes in matte black.

- Level 1 Track: dedicated to the track (but also approved for street use), it

acts on both wheels and guarantees maximum possible performance, even in

the most intense braking situations at any speed. This setting takes nothing

away from the pleasure and performance of “pushing the envelope”.

- Level 2 Sport: dedicated to sport riding on the street, it works on both wheels

Mitigation) which has progressive action based on the vehicle speed.

- Level 3 Rain: dedicated to riding on surfaces with poor grip, it acts on both

wheels and is combined with the advanced tip over system.

Aside from the paint, another aesthetic (and functional) change comes to the fuel tank: "which has been modified not only to facilitate placement of the ABS control unit, but also to increase riding range and to improve rider ergonomics: in fact, the total capacity went from 4.4 to 4.9 gallons, while the side panels introduce lines which increase the rider's feeling during braking and in turns. This solution was borrowed directly from the Aprilia RSV4 used in the World Superbike championship."

Aprilia's also taken advantage of the RSV4's adjustable engine mounts to raise the heigh of the engine within the chassis, also adjusting the location of the swingarm pivot: "the RSV4 ABS engine benefits from different positioning within the frame.The possibility of adjusting the position of the engine within the frame is a peculiarity which is usually reserved for racing bikes and which sets the RSV4 apart from all the other bikes in the segment. This, together with a different adjustment of the swingarm pivot, guarantees greater stability and control of the bike in more intense braking situations; at the same time, it allowed the height of the saddle off the

ground to be lowered to 33 inches, to the advantage of riders of all sizes."