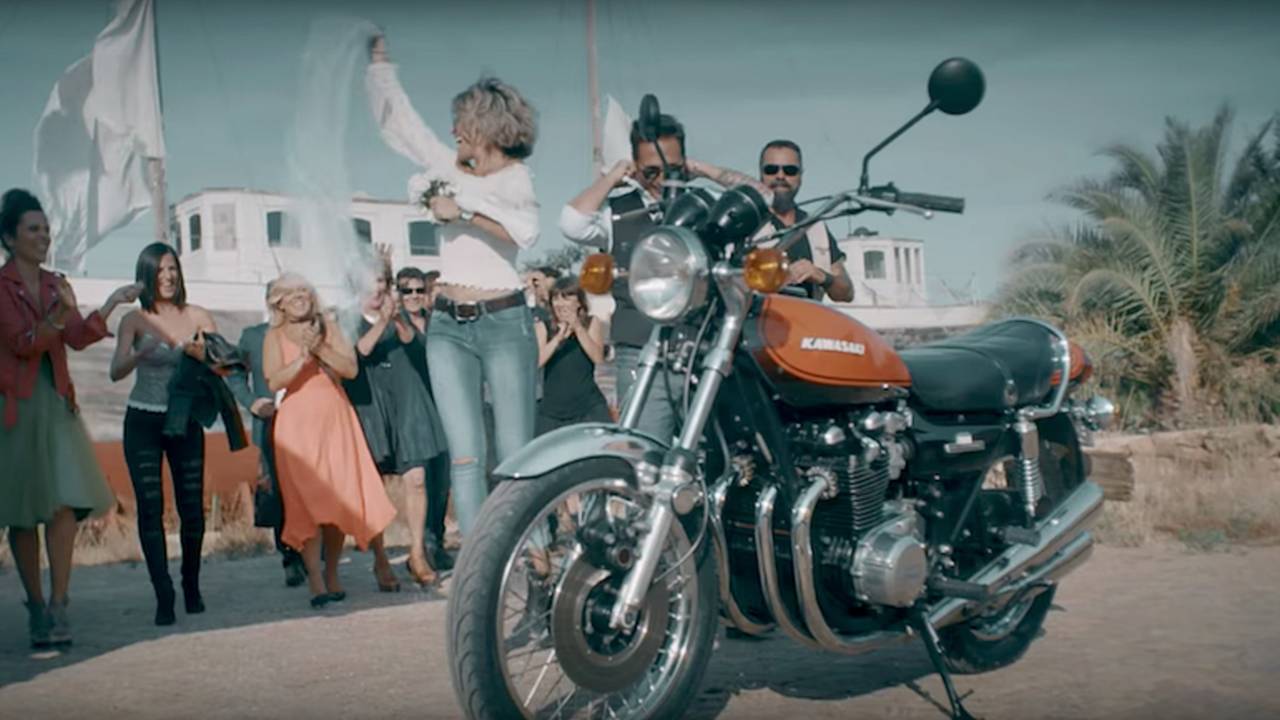 1970s-inspired bike to be unveiled in Tokyo next month

The rumors were true: Kawasaki’s old-school-inspired Z900RS is set to become a reality in late October.

We first started hearing rumors earlier this summer of a bike based on the iconic 1970s Z1. Built around the same 948cc inline four found in the recently released Z900, the RS is clearly drawing a page from the Yamaha XSR900 playbook in taking a delightful naked and wrapping it in retro clothing.

We won’t really get a look at that retro clothing for another month or so, however. Team Green has announced the bike will be unveiled at the Tokyo Motorshow on 25 October. A teaser video released in the wee hours of Wednesday morning doesn’t offer much more than an LED headlight and a side view of the bike obscured by guardrail.

Most of the short video – which features a generic “sounds a whole lot like the Arctic Monkeys’ ‘Do I Wanna Know’” soundtrack – centers around attractive Gen Xers with frighteningly white teeth. The only clear view of a motorcycle comes in the one-second peak at a Z1, a screengranb of which you see at the top of this article. Kawasaki's making it clear here that it's keen to recapture the Z1's spirit, styling, and success with the Z900RS. (And let’s discuss the use of Gen Xers here; has Kawasaki decided that since Millennials have no money there’s no use in pursuing them?)

Based on the obscured view of the actual Z900RS, we have to admit to being a little worried. The styling looks suspiciously Vulcan S-esque. The Vulcan S is a charming motorcycle – quirky and tolerably imperfect – but misses the mark when it comes to retro aesthetic. Does Kawi have the design chops to do the Z1 justice? Until recently the only retro in its stable was the hardly-changed-since-Kawasaki-bought-the-design-rights-from-BSA W800 – a bike that had a lot of fans but not a lot of buyers.

Never brought to US shores, the W800 was retro by default rather than design, so the question of whether Kawasaki fully “gets” the ethos of the current retro styling trend remains unanswered. Maybe, though, we should stop being such Negative Nellies and hold our opinions until October.