Believe it or not, but this is an MV Agusta Brutale

Believe it or not, but this is an MV Agusta BrutaleOne of the stars of the show, we've been waiting for decent pictures of the Officine GP Design...

One of the stars of the show, we've been waiting for decent pictures of the Officine GP Design Pathos to pop up since EICMA wrapped last month. Now, courtesy of The Return of the Cafe Racer, they have. Based on a four-cylinder MV Agusta Brutale, the build applies classic looks to modern performance. No posing here.

Now, independent firms like Officine and France's Unit Garage (who made that stunning '70s bodykit for an R1200GS)seem to be recognizing that there's merit in applying beautiful retro looks to bikes capable of starting and stopping and going and all that fun stuff.

This cafe bodykit, which Officine hopes to sell for a few thousand Euro at some undisclosed point in the future, will in no way impair the ability of the Brutale, but adds the kind of looks that could grace the pages of BikeEXIF. 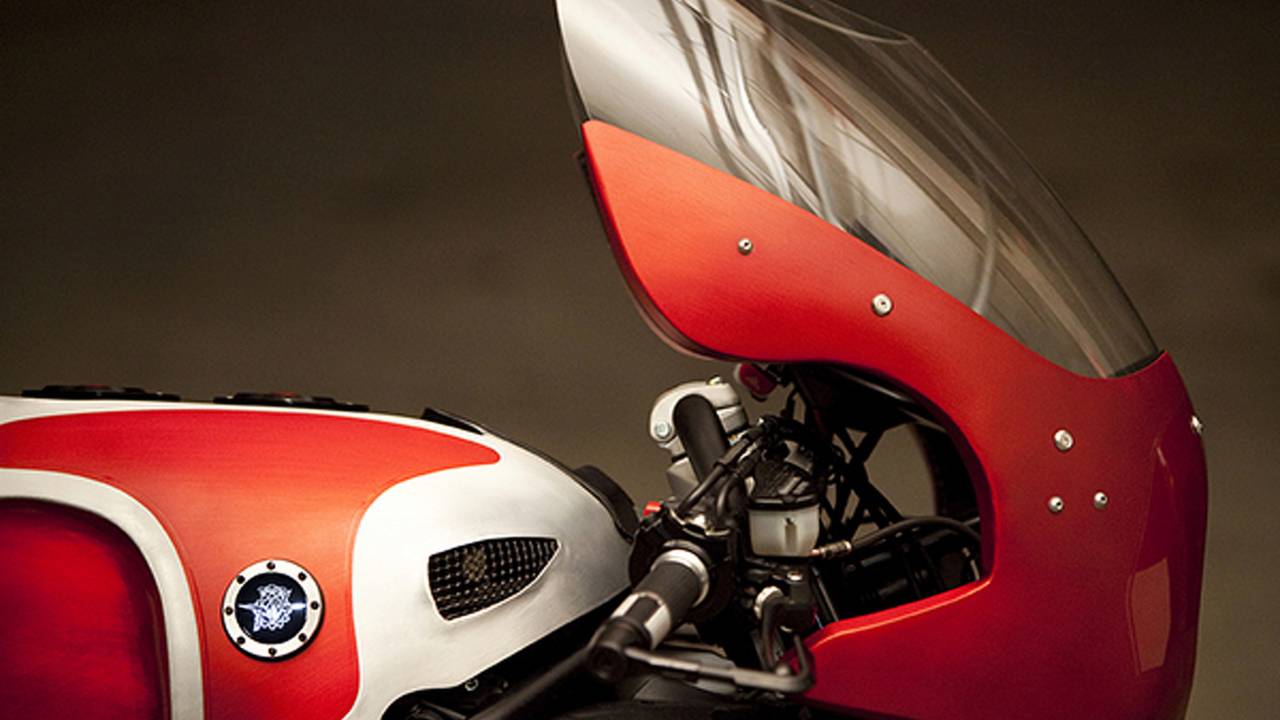 The bluish glow from the halo headlight is mirrored in the MV badges laid into the tank.

We also love the quirky uniqueness applied here; that huge screen isn't an obvious choice, but it gives the bike an air of functional appeal that a too clinical design could have lacked. Should work well too, adding a welcome dose of high-speed or distance practicality to the naked MV. The bars, rotated upside down in the yoke, should drop the riding position just enough to suit.