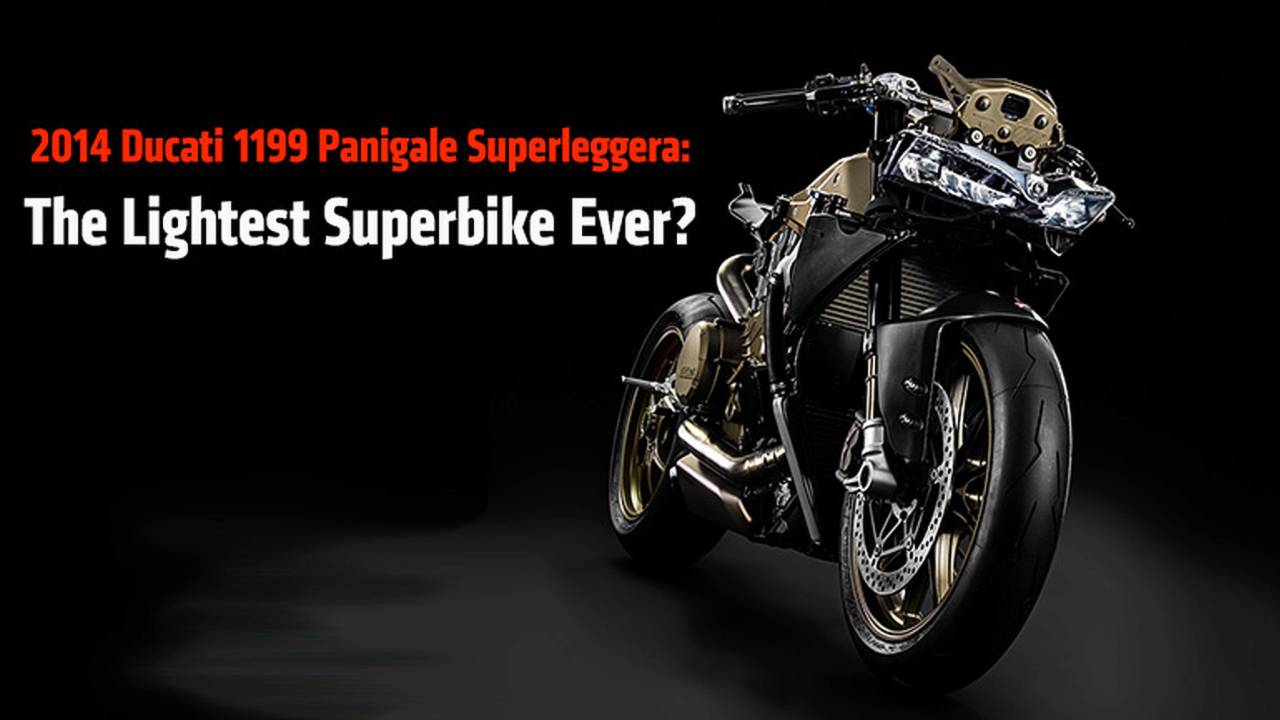 First official photos of the 2014 Ducati 1199 Panigale Superleggera were just leaked online. RideApart has them as well as the details revealed within.

Update: this dyno chart (showing crank figures) comes from Ducati Chile, who reports 200 bhp in stock form and 205 bhp with the race exhaust fitted. Curb weight is said to be 166kg or 367 lbs. That's nearly as light as the stock bike, dry.

Presented to dealers at Ducati's recent conference in New Orleans, it's said that the Superleggera is based on the $30,000 2013 Ducati 1199 Panigale R. As the name suggests, it gains lightness. Production will be limited to just 500 units worldwide and the price is expected to be double that of the Panigale R. These photos were just leaked by New York Ducati.

That lightness is achieved through the use of more exotic materials throughout the bike's construction. The aluminum front subframe/airbox gives way to magnesium, a material which was already employed on the 1199's engine cases. You'll also find the material in the forged magnesium Marchesini wheels. The R's plastic fairing gives way to carbon, which is also used to construct the rear subframe. It appears that the spring on the Ohlins TTX36 shock is now titanium.

Titanium is also used for the valves and connecting rods, while the crank has been further lightened over the R. This should all equal more revs and more power. Ducati didn't claim any power advantage for the R over the 195 bhp base model, but its included race exhaust was said to boost peak power by 7 bhp.

500 units is far fewer than the 2,500 required for World Superbike homologation. Instead it appears as if the Superleggera is targeted at giving Ducati's best customers a very special Panigale.