Why I bought a Kawasaki KLR650 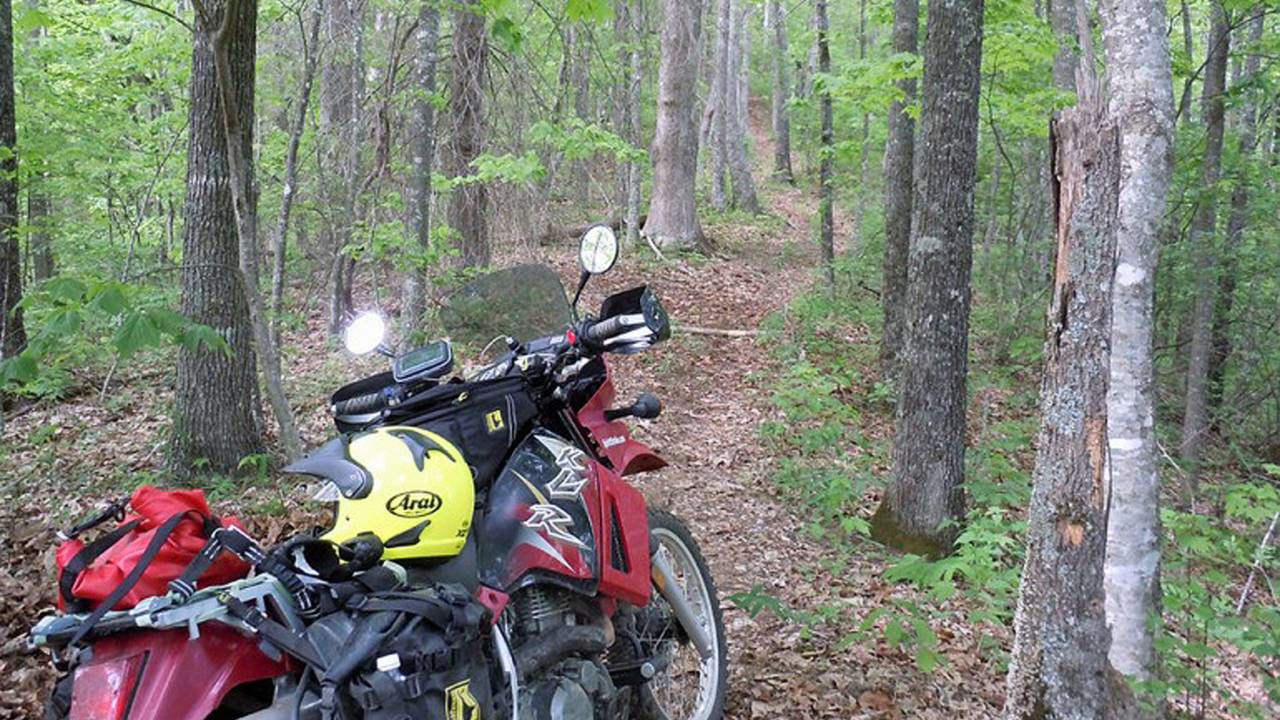 Why I bought the Kawasaki KLR650 . Lets take a little trip into the mind of a KLR owner and see why the big, heavy, underpowered Thumper is so awesome.

The last article I wrote was a review of the KTM 1190 Adventure that I tested by taking on an 8,200 mile trip across the United States and back. I mentioned that if I could have afforded it, I wouldn’t have been giving it back to KTM. I had shared so much with that bike and giving it back was like rehoming a pet dog you can’t take care of.

Since then, I have managed to scrounge up enough dough to get another bike to start a new journey with. I bought a 2004 Kawasaki KLR 650. I always knew that this bike existed and gave it a glance every now and then, but never really thought too much of it. Life went by, I quit working on motorcycles and joined the Navy, got out when my time was up, and moved to California. But then one day, I rode a KLR, and fell in love with it.

Jesse and I took two brand new KLRs to the famous Mulholland Road for a single day exploring both on the street and off road. I had an absolute blast, and was never once disappointed in what the KLR was capable of. The most overused statement I've heard about this bike is that, “it does everything well, but nothing exceptional." Which I now feel is completely wrong. The KLR excels at one very important thing: getting you from Point A to wherever Point B may be.

Scattered all over YouTube, Craigslist, and other social networks, there are KLR riders pushing their machines up to and beyond the distances you might consider taking a full size GS or other 1000cc ADV bike. Before the second generation came out, the KLR mold had been forming these bikes for twenty years. They have been tested by millions of people for two whole decades and have survived the competition that was brought from the booming adventure bike trend. It is still around, in my opinion, because the KLR outperforms every adventure bike in the market when the common denominator is price. That, and it can take a beatin' and keep on tickin'.

This is exactly what I was looking for – an affordable bike that can take me fishing and has rock solid reliability. What I mean is that I want to strap my gear to the back and bust through some country to set up camp and play caveman next to a river in a place I have never been before. The KTM I rode could probably accomplish this goal too, but I was afraid to do it with that bike because it was so expensive. The KLR has the utilitarian feel of a military vehicle. It has just enough power to get you through any obstacle, it's minimalist design menas there's not much to damage or break and its decades-old powertrain never seems to fail.

There is no frills to its design; everything serves a purpose.The dash is strictly business with its square indicator lights and its 1980’s style orange gauge needles, the fender comes out like an elephant trunk to make 100% sure that no dirt will be flung into your face, and the front fairing looks like a newel post. It gives me the same feeling I get when I catch eyes with the girl who is being ignored by all the other dudes in the room because a scantily clad dime is flipping her hair and giggling at the bar. The KTM 1190 is a very fun bike and It would be great to have it right now, but it is that giggling dime. Nearly every time I stopped there were dudes checking her out. On the KLR I still have yet to get a second glance from a pedestrian and strangers remain strangers at the gas station. Which isn't a bad thing.

Even though the big Thumper is underpowered by comparison, it has enough power to do a wheelie. But not without stabbing the clutch. On the street, it will never surprise you, but it has more than enough power to get you across tough terrain. The single cylinder tries really hard and when you hit the gas, it does what you ask of it. Sure, excessive power is exciting, but the amount of smiles from twisting the Kawasaki throttle is not equal to the amount of horsepwer it gives up. Opening the butterfly on any engine is fun.

My favorite part of the KLR is the luggage rack. It surprises me that a cantilevered subframe can hold the rack that rigidly. This will be fantastic when I decide to do my next big ride because I pack for trips like a girl going on a month long vacation to Alaska. Now, I have to admit that no motorcycle is built perfectly and thats true with the KLR too. Mine has a rattling, squeaky exhaust. Anywhere between idle and 3,000rpm it sends exhaust gasses whistling out of the tailpipe for everyone to hear. I have read that a screwdriver can be hammered into the walls of the exhaust can to disrupt the flow a bit and the squeak will go away, but still have yet to hate it enough to start hammering a screwdriver into my motorcycle. The only other option is to get a fart can, but that might scare all of the fish away. I guess I’ll just have to deal with it.

Exploring the KLR forums has taught me that there is this thing in the engine called a “doohickey." It is bad. I don’t know if the mod has been done to my bike yet, but doohickey is said to fall apart and send all kinds of shrapnel into the gearbox. This could be very bad when we’re 175 miles deep in the wilderness if it were to happen, so I will figure out how to get that sorted out at some point, but for now I'm not too worried about it The KTM had its shortcomings as well, but that particular problem was the fuel pump. It also had EFI, active suspension damping, a fly by wire throttle, and all other kinds of high-tech stuff that made it better no doubt, but any of that could fail at any time. You can read about those flaws in the forums too. It seemed that almost everything was controlled by the on board computer, which I trust a lot less off road than its mechanical counterparts. I can rig up a gimp throttle cable without a computer but I defy anyone to figure out how to fix the fly by wre if it failed you.

Anyway, the point of all this is that any bike can be your beloved transportation. But I have found that it makes a lot more sense to have something that fits you particular sitauation. I am glad that I didn’t have the money to get the KTM when I had the chance, because even though that bike was awesome, it didn't fit my style. First of all, I didn't have the $10,000 to pay for it and I wanted something that I could beat up and not stress out about the costs of repairs. Or better yet, a bike that's resilient, that's tough enough to take the beating and come back for more. I needed the Humvee of motorcycles. I needed the bike that the US Marines chose. I needed Kawasaki’s greatest accomplishment. I needed a KLR 650.