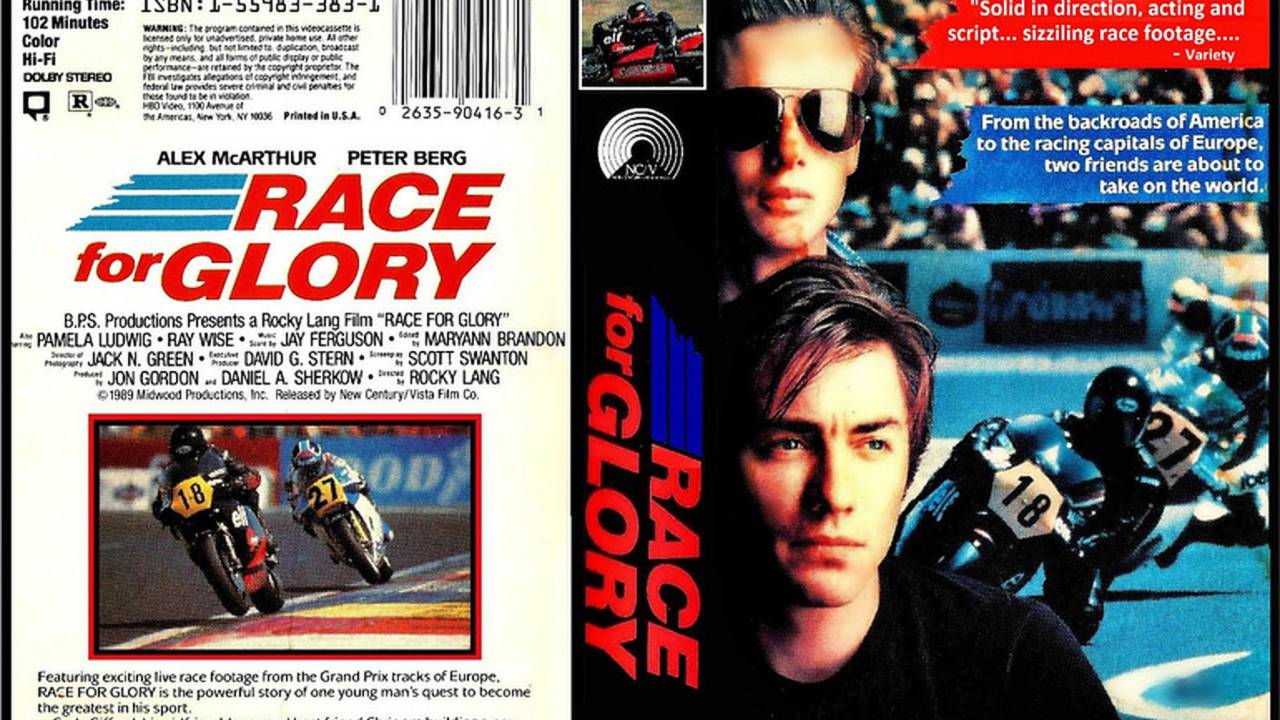 Kate's Moto Movie Madness part 2: The MOCKS Here we have the mocks. Fictional depictions of what Hollywood thinks we "bikers" are... There are a...

Here we have the mocks. Fictional depictions of what Hollywood thinks we "bikers" are...

There are a series of epicly awesome 80s racing flix:

American GP racers travel Europe in a sorta "break away" theme featuring GP footage in all its eighties glory (hay barrels, cigarette sponsors and all.)

Then there is the Dutch dirt version:

The NY Times described Spetters in 1981, "resolutely humorless (though sometimes unintentionally funny) Dutch movie about three young men who dream of finding fame and fortune in motorcycle racing." Need we say more? The trailer claims "they live a lifetime every 24 hours." With sex, violence and two-strokes, we aren't exactly sure what the plot is about, and with all the blondes, we aren't quite sure who is who. But Spetters is one of the disturbingly must see (probably only once) moto-movies. Think Lost Boys with real-life vampires.

We can't forget Bollywood. If Spetters is just a little to X-rated, and you aren't into racing films, we suggest the Dhoom series, which instead of acting out aggression with punches, they do it with lunges and other dancey moves, sportbike duels, sportbike steeple chasing (kinda like Cool As Ice, but not lame) and loads of singing...

If you're up for a different tune, maybe optimism isn't your thing and the Dutch are just a bit too foreign for ya, we can now divulge into the US of A's trademark biker persona, the Outlaw Biker films. Pick any of these since they basically end the same and although they are "Iconic." To many, these movies have left a nostalgic ideology that perpetuates misconceptions to the general public while giving those who drank the cool aid a false black leather sense of security. This isn't to say black leather isn't awesome because it is. But let's keep things moving...