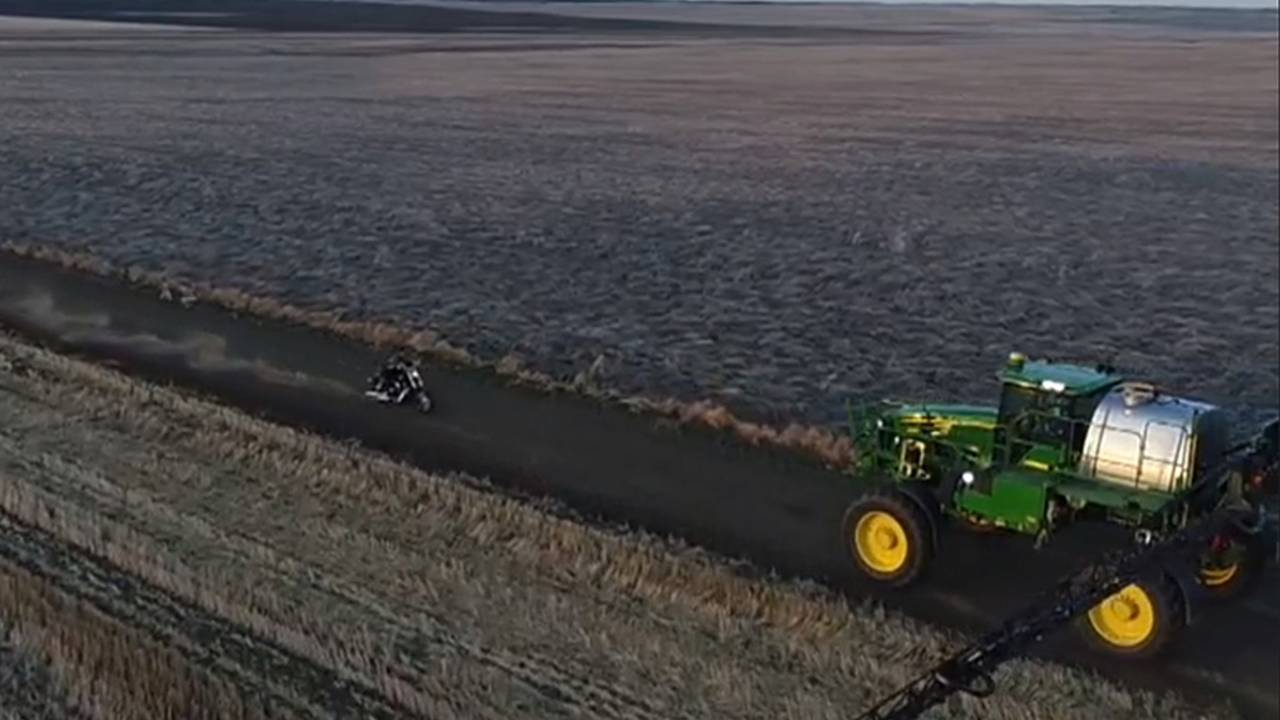 A fearless Canadian became the hero we all deserve when he rode a Harley under a huge crop sprayer at speed.

You know those tall, gangly, weird-looking tractor things with the retractable arms and a ton of ground clearance that farmers use to spray stuff on their crops? I imagine that most of us who've seen these things trundling along country roads have thought, "I could totally ride under that thing and it'd be awesome." Well, a long-haired stuntman out of Gravelbourg, Saskatchewan, lived our dreams for us when he rode under a crop sprayer for a magazine photo shoot.

According to our friends at CBC News in Saskatchewan, Canada, stunt rider Justin Guingnard was recently featured on the cover of Fast Times motorcycle magazine with a killer shot of him speeding beneath a massive piece of farm machinery.

"The most dangerous thing was having to turn under the machine while on dirt and not hit ," Guignard told the CBC.

Guignard tackles a skate park with a UJM

READ MORE: 8 Ways Being a Motorcyclist in Canada is Different

"It was probably one of the scarier things I've ever seen," said photographer Dave Todon. "But, I trust his skill."

According to the CBC report, Guignard and Todon met during another photo shoot when both men lived in Windsor, Ontario, and made arrangements for the stunt.

"We had the right photographer in place, we had a sweet bike that we lined up with Prairie Harley-Davidson in Regina, we made sure it was safe to do it and we got the shot," Guignard said.

Guignard reportedly has more interesting stunts in the works, but his priority at the moment is to become a motorcycle instructor through the Saskatchewan Safety Council. (I'd totally take riding lessons from this guy -Ed.)