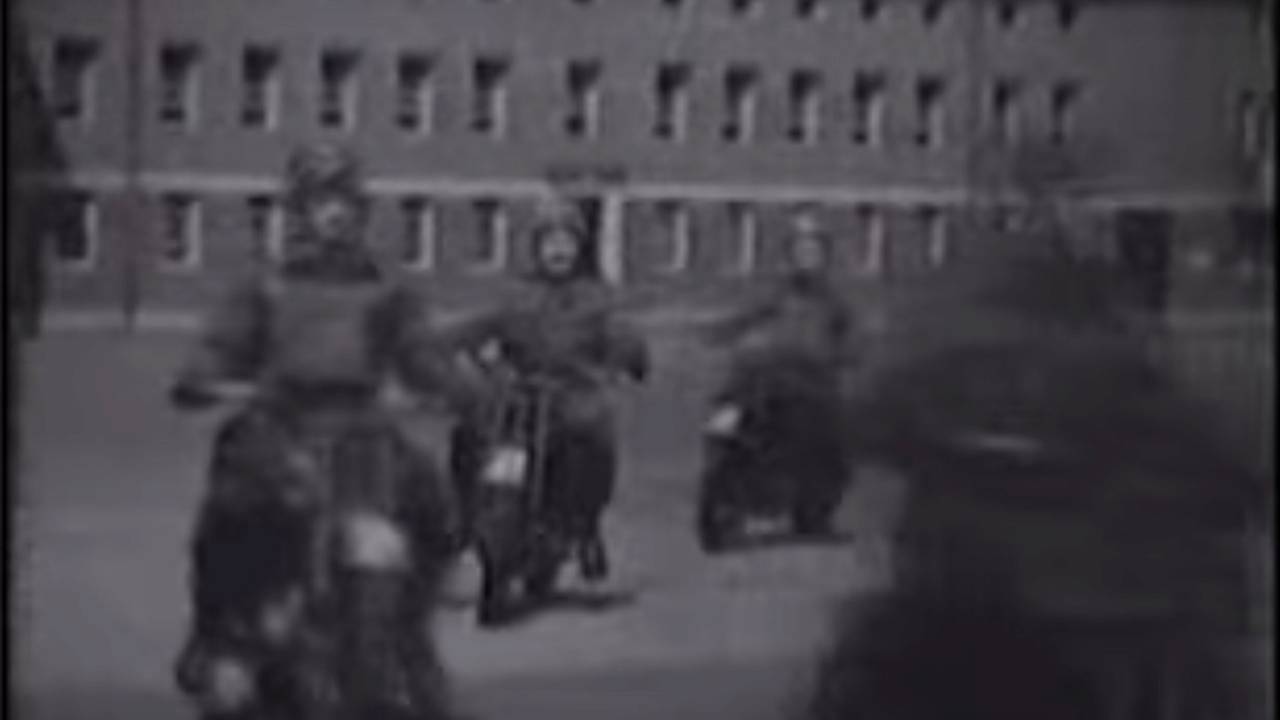 Film Vault: Canadian Dispatch Riders in WWIILast week, we managed to dig up some footage of British motorcycles being tested for use in World War I....

Last week, we managed to dig up some footage of British motorcycles being tested for use in World War I. Motorcycles played a major role in both world wars, of course, perhaps even more so in World War II.

Here we have a good ol' fashioned propaganda film demonstrating the motorcycling side of Canada's WWII effort. Our neighbors to the north joined the war effort almost immediately after former colonial parent, the United Kingdom. You can see that ties were still strong between the two countries, with Canadian riders receiving their training in England.

Perhaps ties were a little too close. At one point in the film, the announcer tells us that "in the course of normal maintenance the... machine is overhauled once a week."

Overhauled once a week. Yeah, that sounds like a classic British motorcycle. And there's something particularly British about teaching riders to use correct hand signals to indicate turns. Because, you know, those guys were really going to need to signal when dodging Nazi mortar shells.

Having recently taken an off-road riding course I can't help but admire their skills in the dirt. I can't imagine it was easy with the heavy bikes and sub-par tires of the era.

For me, however, the best part of the short film comes at the end, when a "real-life scenario" is enacted, complete with dramatic go-faster music. I want to find that music and have it piped into my helmet when I'm late for meetings.

Also, when that dude manages to deliver his message to "an isolated infantry platoon" said platoon appears to only consist of two unarmed dudes who are oblivious to the shelling and machine gun fire that's chasing the motorcyclist. Rather than a piece of paper the motorcyclist probably should have brought them some weapons.